Home News How messaging app Line thrives on a culture of chaos, not cuteness
News

How messaging app Line thrives on a culture of chaos, not cuteness 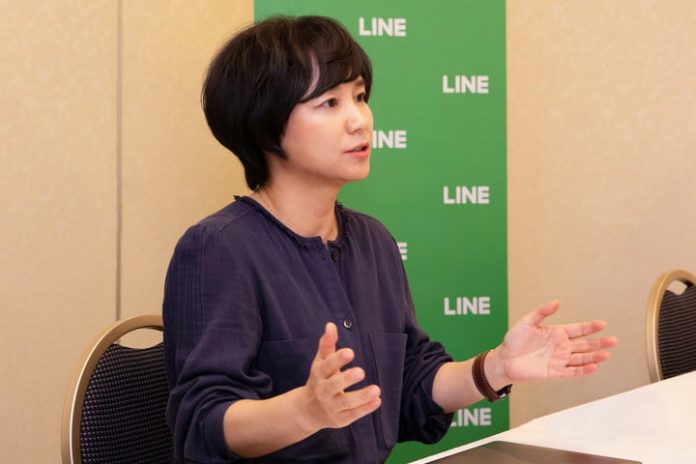 Messaging app Line is best known outside Asia for its cuddly bear, rabbit, and duck characters. Head over to Times Square in New York and visit the massive Line Friends store to find out why: It’s an explosion of cuteness like no other. The messaging app may only have a few million users in the U.S., but 80 million people use it in Japan, and it tops the market in Thailand, Taiwan, and Indonesia, for a total of more than 194 million users worldwide.

It incorporates everything from messaging to mobile payments, plus the company runs a streaming music service and has its own manga reading app, and as we found out before, its artificial intelligence endeavors are leading the way in creating AI characters we could love. It’s one of the biggest, and one of the best, messaging apps you probably aren’t using.

For this level of success, the company that runs like clockwork, right? Wrong. It’s chaos at Line, but not in the way you may think. It has nothing to do with the news the messaging app company is merging with Yahoo Japan, or some tabloid-worthy controversy involving Brown the bear and Sally the duck. It’s not even a negative. It’s a word that Line Corp’s CTO Euivin Park used to describe certain aspects of the developer culture at the firm, which she believes is not just unusual; but also a distinct benefit.

I spoke to Park during the Line Developer Day in Tokyo to understand why chaos reigns, and how it has made Line what it is today — a busy, innovative, and above all fun and motivating company to work at, that’s also about to start an entirely new phase of life.

The cuteness many associate with Line thanks to its popular stickers in the chat app was certainly present during the Developer Day conference; but it took a backseat to machine learning, backends, blockchains, SDKs, and AI. Attended by 1,000 developers, it was a mass of engineers eager to learn about how to better work on the app.

I sat down with Euivin Park and a translator shortly after the opening keynote speech. Line prides itself on giving its developers, and as I later discovered staff throughout the business, freedom and ownership of projects. It encourages them to share and implement new ideas, and isn’t constantly wary of failure.

“We have a culture where the developers take the initiative, they are the owners of their projects,” Park explained. “I believe developers know best, and when we give them autonomy, projects have the most possibility of succeeding. Therefore we do the best we can to support them. The management don’t tell developers what to do. The developers themselves create projects, and make decisions.”

If a developer has an idea, whether it’s for a feature in the app or something that would enhance the business, it’s put forward and, as I later discovered, more often than not approved — provided it’s feasible. The lead engineer can recruit new team members, and other developers can apply to join if they’re interested in it. These projects run in parallel to normal, everyday tasks.

Forget the cute, embrace the chaos

This is notably different from other software firms.

“Many other software companies have existing, rigid platforms already in place that developers build on top of,” Park explained. “Line’s platforms are rather chaotic, and aren’t cemented yet. Even if it’s a young developer, they grow really fast, and get opportunities because they can build platforms from scratch. This is very rare nowadays.”

This would be the first of several uses of the word “chaos,” which surprised me enough that I had to clarify it at the time. It just wasn’t what I expected to hear when describing a platform created by a major, global software company. However, from that chaos comes opportunity. Many developers join Line because they don’t want to work in a rigid, conformed environment anymore, Park said.

“The word chaos, and having to enjoy that stress, is a trait our developers need. We have a lot of large projects with a variety of needs, and we need the people that can handle them. If you want to become a developer at this level, you have to embrace the chaos,” Park laughed. “Of course there is painful stress, and to minimize this it’s important to have quick decision making. A lot of the chaos [at other companies] is created out of stagnant and slow decision making with too many stakeholders, and so setting up a clearly communicated direction is key.”

I asked Park for an example of something she thought only happened due to the company’s culture. She told me about an engineer she described as, “gutsy,” who saw that company wide security access systems should be synced together, a radical change even Park had not been able to suggest. He took complete control, hired developers, and the project is underway right now.

This freedom and ownership of projects, apparently born out of chaos and often undertaken by teams spread around the continent, presents its own type of unique problems. How does Line maintain control of the situation, without sacrificing its open culture?

“When an organization gets this big, rather than implementing rules, we try to introduce guidelines. We focus on training, and review projects to see the issues.”

Park gave me an example of a guideline. On GitHub — where code is reviewed at Line — English is the common language; but it’s not a rule, so some developers write in Korean or Japanese. But because a common language makes life easier for developers, Line does ask that those who aren’t writing in English to change to it, and if they can’t, will provide English lessons, and even has a guidebook about writing code in English.

Line’s culture can sometimes give new developers the jitters. “When we say to our developers that they have full autonomy, full freedom, a lot of them are not happy about it,” Park smiled. “They’re scared because they know it may come back and bite them.”

That’s because the freedom doesn’t mean there’s no culpability. When a developer writes a single piece of code, they have lines and lines of reviews, and work is expected to go through many checks.  Line may have an open culture, but it’s not lax. Park said developers need tenacity, to ask questions, and dig deeply for unseen problems that need to be solved.

Euivin Park spoke with passion about the company that she clearly enjoys working for, and her tone and confidence left me feeling assured that this was indeed the company’s culture. However, even with the best intention, the reality can be different “in the field,” and seeing as I was in the midst of hundreds of Line developers, I spoke to several to find out whether what they said matched up.

Totally unprompted, Charles Hubain, Senior Security Engineer at Line, also slipped the word chaos into our conversation. I asked him what he meant and he clarified his words, calling Line’s culture, “constructive chaos.”

Marco Chen, Technical Director at Line Taiwan talked about getting involved with other projects. His team proposed a feature which helped people book appointments with doctors using Line. Despite it being Taiwan-specific, the project was approved and funding provided. I asked him about what he thought about certain parts of Line’s culture being called chaotic. Chen said that because there aren’t many limitations and no strict rules, it could be seen as chaos to some; but it was really about flexibility.

Ange Wei, Principal System Analyst for Line Taiwan, emphasized that despite all this freedom, Line’s review processes are strict. She showed me a chart detailing what stages code must go through before it gets released. Senior team members assess all aspects of the code architecture, and she highlighted the multiple security checks involved, which she said went way beyond any she’d faced elsewhere.

What was immediately obvious when speaking to Hubain, Chen, and Wei was how positive and invested they were in not just their own jobs, but in Line in general. All had worked on additional projects outside of their usual jobs.

The day before I arrived at the 2019 Line Developer Day, it was announced Line would merge with Yahoo Japan and be overseen by SoftBank, ultimately creating a massive Internet company that has the might to halt the onslaught of competitors like Facebook and WeChat invading its space in Asia.

Because the announcement was made so close to the event, it was not a subject that anyone was able to comment on; but it’s inevitable some changes will come in the future. My interview was almost over, and to close I asked what Park saw as the future for the company’s unusual culture:

“The company cannot grow without the culture maturing and growing. Only on top of good culture do we have good products and good organization. Yes there are some parts where we are rather chaotic, and there are areas where we need to grow and improve when it comes to our systems; but our developers should never give up, no matter how big the obstacle.”

From my perspective, I didn’t meet one person who was about to give up. Line may be cute on the outside, but underneath there is a chaos engine powered by teams that don’t seem to think one project to work on is enough, and it’s hard to imagine any of them giving that up just because of some corporate changes.

With full-fledged Android TV and a great remote, Xiaomi's Mi TV Stick is one of the best budget streaming dongles
Read more
News