Fortnite to show exclusive footage of Star Wars: The Rise of Skywalker 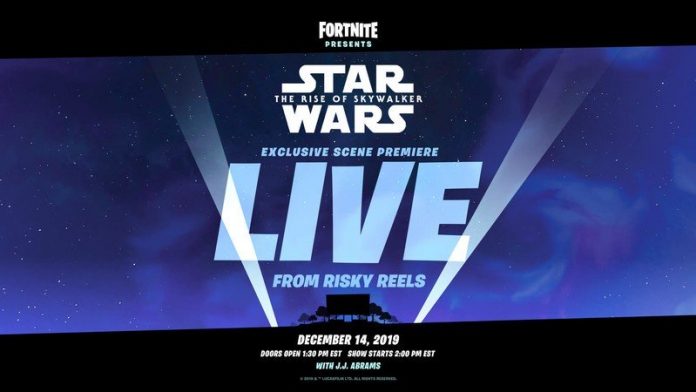 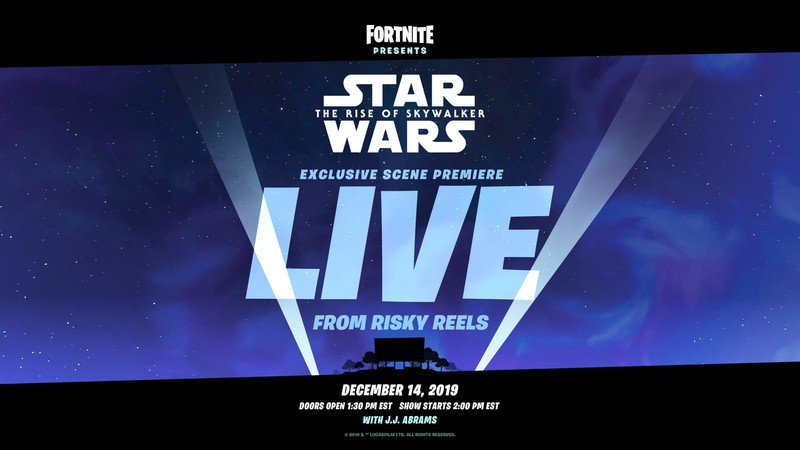 The world of Star Wars and Fortnite’s are once again set to collide, this time with some never-before-seen footage of the upcoming film Star Wars: The Rise of Skywalker.

For some time now, Fortnite’s Risky Reels location has been undergoing a bit of construction, and it looks as if we now know what is going to be happening.

Announced earlier today, Epic Games will be partnering once again with the iconic film franchise to give fans a once in a lifetime opportunity. On Saturday, December 14 at 2 PM EST, players will be able to check-in at Fortnite’s Risky Reels, along with J.J. Abrams — the director of the upcoming film — and watch brand new footage from The Rise of Skywalker.

For players looking to join in the experience, Epic advises you to jump into the game a bit early, around 1:30 PM EST, in order to avoid any possible delays in loading up a server. Much like the now-infamous Marshmello concert that took place in Fortnite, players can likely expect to be able to sit back and check out the in-game event without getting attacked by other players.

Needless to say, this is another big moment in Fortnite crossovers, and if you’re a Star Wars fan and are able to get into the game on Saturday, you won’t want to miss it. If you do miss it, don’t worry too much, as you can expect it to pop up on the internet shortly after.