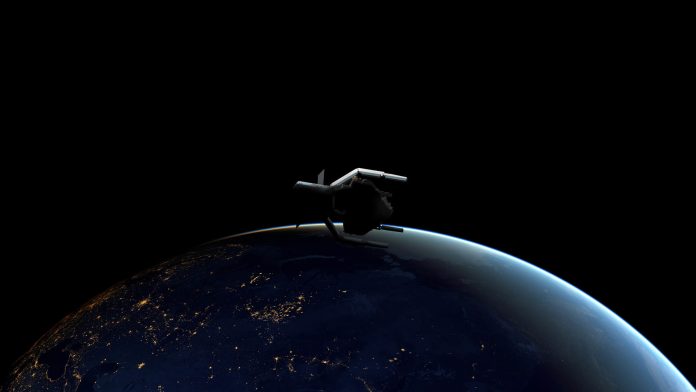 ESA’s ClearSpace-1 will be the first space mission to remove an item of debris from orbit, planned for launch in 2025. The mission is being procured as a service contract with a start-up-led commercial consortium, to help establish a new market for in-orbit servicing, as well as debris removal. ESA

The European Space Agency (ESA) is launching the first mission to remove a piece of space debris, set for 2025. The ClearSpace-1 mission will collect a piece of the Vespa (Vega Secondary Payload Adapter) second stage which was left by an ESA mission in 2013, which weighs approximately 100 grams and is the size of a small satellite.

The ESA selected a Swiss startup called ClearSpace to lead the mission. “This is the right time for such a mission,” Luc Piguet, founder and CEO of ClearSpace, said in a statement. “The space debris issue is more pressing than ever before. Today we have nearly 2000 live satellites in space and more than 3000 failed ones. And in the coming years, the number of satellites will increase by an order of magnitude, with multiple mega-constellations made up of hundreds or even thousands of satellites planned for low Earth orbit to deliver wide-coverage, low-latency telecommunications and monitoring services. The need is clear for a ‘tow truck’ to remove failed satellites from this highly trafficked region.”

The problem of space debris is becoming increasingly urgent, with more and more potentially hazardous objects in orbit around the planet, some at extremely high speeds. Debris can pose a risk to manned missions and the International Space Station as well as satellites and other unmanned missions.

“Imagine how dangerous sailing the high seas would be if all the ships ever lost in history were still drifting on top of the water,” ESA Director General Jan Wörner said in the same statement. “That is the current situation in orbit, and it cannot be allowed to continue. ESA’s Member States have given their strong support to this new mission, which also points the way forward to essential new commercial services in the future.”

In order to address the debris problem, it is not enough to stop producing more debris. When debris pieces impact each other, they create even more pieces so the amount of debris continues to grow. Missions like ClearSpace-1 can help by removing the largest pieces of debris from orbit.

ClearSpace-1 will first be launched into a low orbit for testing before being raised to the target orbit and using four robotic arms to grab the debris piece in a mission set for 2025.