Home News CES 2020: What to expect from the annual tech bonanza
News

CES 2020: What to expect from the annual tech bonanza 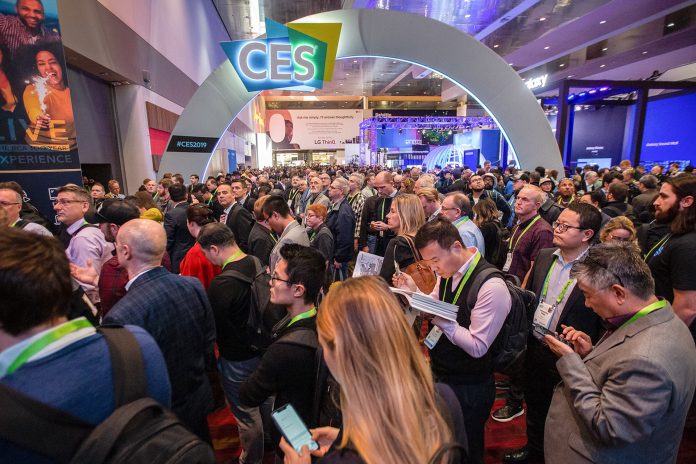 It’s December and that can only mean one thing: There’s less than a month to go until the world’s leading manufacturers like LG and Samsung take to Las Vegas to showcase their latest hardware at CES 2020 — with everything from toothbrushes and refrigerators to smartphones and televisions set to be unveiled. But there will be much more to the show when it starts in early January, including electric vehicles, smart clothes, and even internet-connected toilets.

CES — short for the Consumer Electronics Show — is an annual trade show held in Las Vegas in January, based on the latest innovations in the consumer electronics space. But being a trade show, CES isn’t open to the public, with attendees having to submit credentials in advance in order to score an invitation to the Las Vegas Convention Center.

CES 2020 starts on Monday, January 6, with a series of keynotes and programs. The real fun stuff kicks off on Tuesday, January 7 — that’s when the exhibition floor opens and we’ll be able to play with the coolest new tech. The show will run until closing day, Friday, January 10.

AMD announced a host of desktop and mobile CPUs throughout 2019, so it’s unlikely it will refresh them in January. Instead, it’s likely we’ll see a successor to the 7nm Radeon VII GPU it showcased at CES 2019, and possibly a line of premium GPUs. Some pundits suspect we could see a range of laptop-centric CPUs and GPUs. Rumors are sparse though, so we’ll have to wait and see.

What to expect from Intel at CES 2020

Intel has long used CES to announce its latest chipsets, notably taking the wraps off the first 10nm Ice Lake CPU at CES 2019. Pundits expect it to follow suit for CES 2020, using the trade show as a platform to announce some new, more advanced 10nm CPUs. We could even see some fresh low-end and mid-range CPUs thrown into the mix and the launch of its Intel Xe GPUs, too.

What won’t LG announce at CES 2020? The Korean company has a long history of announcing everything from smart washing machines and home-brewing systems to mirrored doors with built-in touchscreens at the annual tech bonanza, as well as new OLED TVs, envelope-pushing developments, like rollable and transparent screens, and mid-range Android smartphones.

What to expect from Nvidia at CES 2020

CES 2020 isn’t just for brand new hardware announcements: Manufacturers also use it to showcase their recent innovations. In Nvidia’s case, this will no doubt include a demonstration of the shiny new Nvidia Shield TV and Nvidia Shield TV Pro, which were unveiled back in October, but could see the introduction of some new components (think: graphics cards) as well.

What to expect from Samsung at CES 2020

Samsung is a name that’s synonymous with CES, with the manufacturer often using the trade show as a platform to showcase its latest televisions, including 4K TVs and 8K TVs. So, what does Samsung have in store for CES 2020? Well, it looks like its event will be headlined by a line of all-screen, bezel-less QLED TVs. We should also see some new computing equipment.

TVs, TVs, and more TVs. That’s what Sony will bring to the table at CES 2020, because let’s face it: That’s what it has done in the past. It’s safe to assume it will announce a couple of Dolby Atmos soundbars in tandem, and maybe even some teasers for the much-anticipated PlayStation 5 (PS5) and PlayStation VR 2 (PSVR2) — so don’t rule anything out for this one, folks.

TCL announced a load of new gear at IFA 2019 but failed to detail information surrounding a U.S. launch, so our money’s on the company detailing stateside availability of its latest soundbar and headphones at CES 2020. There’s a chance we could even see some new mid-range and high-end 4K TVs, and potentially an LED 8K TV or souped-up Mini LED 8K TV.

What to expect from. Qualcomm at CES 2020

With Qualcomm’s Snapdragon Tech Summit only just in the rear-view, so it’s unlikely we’ll see any new hardware at CES 2020. Instead, the American company will probably use the event to showcase developments in 5G in consumer technology, including developments in self-driving cars and home appliances.

We’ll be keeping tabs on all the latest pre-CES news and announcements, so check back for the latest on CES 2020.