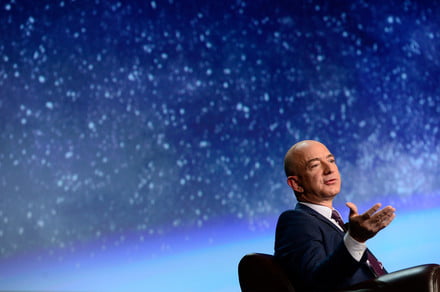 SpaceX and OneWeb, among others, have already started launching so-called internet satellites into space, and Amazon wants to do the same.

Despite lacking regulatory approval to deploy even one satellite, let alone the 3,236 that it wants to launch, Amazon has just announced plans for a major research and development center, as well as a manufacturing base, for its ambitious Project Kuiper initiative.

Unveiled in April 2019, Project Kuiper, just like SpaceX’s Starlink effort, wants to deploy thousands of small satellites in low-Earth orbit to provide high-speed broadband to unserved and underserved communities around the world.

Amazon said its Project Kuiper team has outgrown its current facility, prompting it to lease a new site covering a colossal 219,000 square feet in Redmond, Washington. Preparatory work is currently taking place at the new facility with an aim to have it ready for workers some time in 2020, Amazon said this week.

But the company won’t be able to launch any satellites until the Federal Communications Commission (FCC) gives it the green light. The process is proving trickier than expected for Amazon, which missed an application deadline in 2016 and is now seeking a waiver in a bid to help it better compete with rivals such as SpaceX and OneWeb.

Not surprisingly, those two companies, plus seven other internet satellite firms who followed the expected procedures when applying for regulatory approval several years ago, aren’t happy about Amazon’s request for a waiver and are kicking up a fuss, as noted by Motherboard this week.

“Amazon’s overt attempt to override long-standing rules would undermine confidence in Commission processes, harm competition, and eliminate broadband options for consumers,” lawyers for SpaceX said in a filing in November 2019, adding that Project Kuiper would have a “significant detrimental impact [on] SpaceX.”

If the FCC denies Amazon’s waiver request, the web giant could still gain approval to launch its satellites, but it may find itself in an inferior position when it comes to the kind of service it can offer as the approvals already given to SpaceX and others give those companies more rights regarding data transmission.

Clearly, everything is still to play for, but with Amazon investing heavily in Project Kuiper, it will be pushing hard for its waiver to be granted.

Meanwhile, SpaceX is already moving forward with its Starlink project, having deployed its first batch of 60 internet satellites in May 2019, followed by another batch in November 2019.

The company is expected to begin using its satellites to test internet services in the northern U.S. and Canada in 2020 before “rapidly expanding” to cover other parts of the world.

With just over half of the world’s population currently able to access the internet, blanketing areas with broadband from space offers huge revenue opportunities for those who get it right. While all of the players will be able to charge for their services, Amazon sees an even greater opportunity as it would also mean more people shopping online and, of course, signing up to Prime.

Facebook
Twitter
Pinterest
WhatsApp
Previous articleThis is the most important tech from each year between 2010 and 2020
Next articleRealme X2 review: Beating Xiaomi at its own game