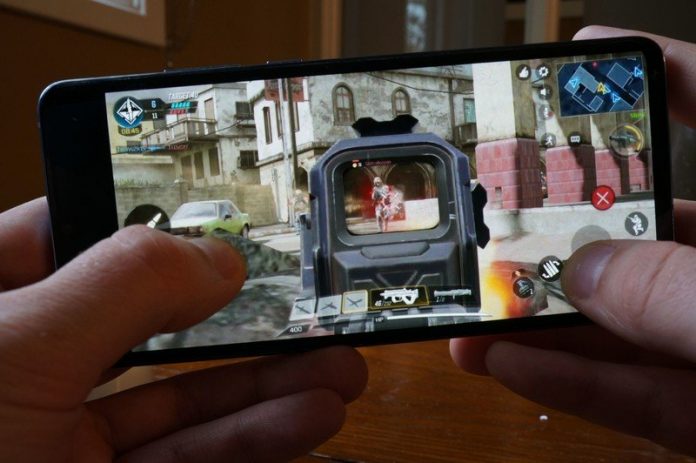 You can play these great games without spending a dime. 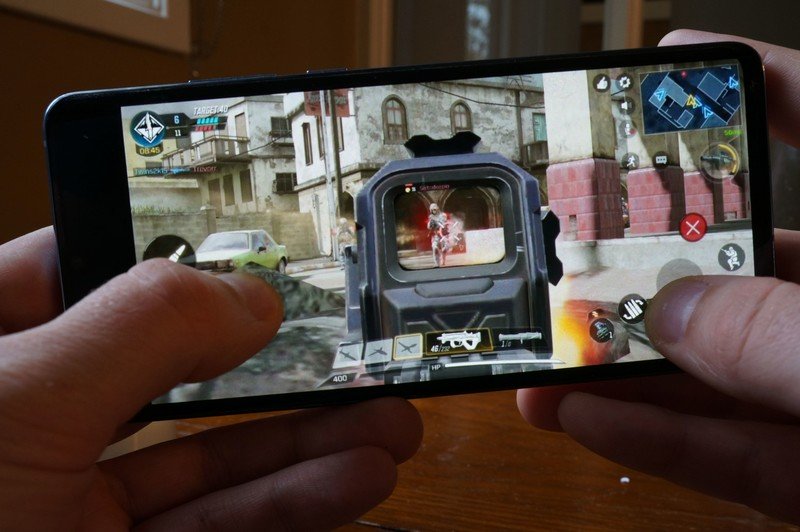 Have some time to kill and only your trusty Android phone to keep you company? Take a gander at some of the most exciting, engaging, and free games that you can download from the Google Play Store. We have a healthy mix, including shooters, puzzle games, racing, and lots more.

If you’re itching for something new and you’re able to stomach a few in-app purchases prompts, read on! 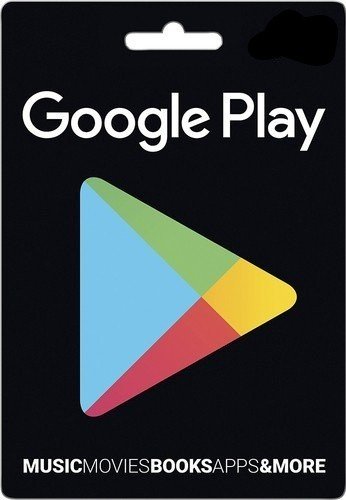 Getting a play gift card is the safest way to load up your Google account with credit to use towards Play Pass without forgetting about it.

Blow away your competition 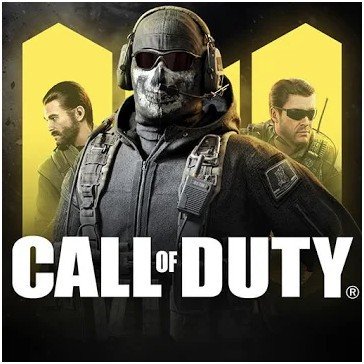 Call of Duty: Mobile is another free-to-play game that is buoyed by a premium Battle Pass system and in-app purchases. The good news is you don’t need to spend any money to enjoy the best of Call of Duty action on your phone. The even better news is that the gameplay is top-notch and will feel familiar to veterans of the series while remaining accessible for more casual players. Choose between 5-on-5 battles on your favorite CoD maps or dive into a 100-player Battle Royale mode in first- or third-person perspective. 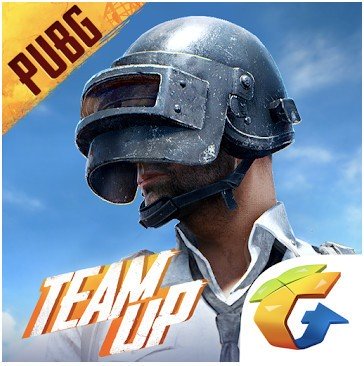 PUBG Mobile’s main attraction is a massive PvP Battle Royale mode that pits 100 players against each other on a massive island loaded with weapons, ammo, tactical gear, and vehicles. Thanks to Tencent Games continuing to add new content to the game, there are multiple maps and more arcade-style modes to choose from for shorter sessions. Of course, there’s a tiered progression ladder with a free game pass and a premium one that offers more cosmetic rewards. Every six to eight weeks, the game pass resets to introduce a new season that typically offers new premium cosmetics rewards available to unlock and collect.

Many ways to play 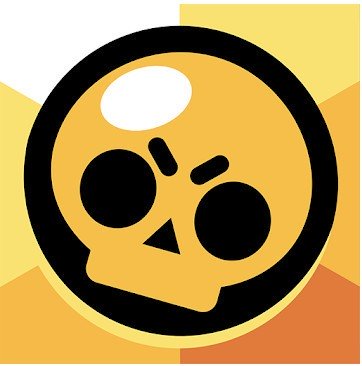 Developed by Supercell, Brawl Stars is a fast-paced arena brawler that is unlike most other games on the Play Store. It’s a departure from the Clash of Clans universe that has made Supercell a household name and instead lets players team up in a MOBA game that differentiates itself from others in the genre with its colorful and cartoony look that’s backed by great gameplay variety. There are multiple game modes available, which rotate every couple of hours, so there’s always something new to play whenever you log into the app.

Break on through to the Other Side 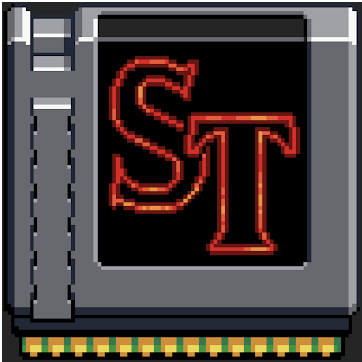 Stranger Things: The Game is a surprisingly great game for what was mainly a marketing tool for the Netflix show’s second season. All the characters, settings, and themes from the source material are converted into a pixel-retro action-adventure game similar in gameplay style to the Adventures of Zelda. Where other 2D adventure games try and use a digital d-pad for control, Stranger Things uses a simple tap control system that really works well. The game is a good mix of puzzle-solving and action, with your favorite characters from the show to unlock and add to your party. There’s a surprising amount of depth to this game and everything feels complete for a free game. Ancestor is a fast-paced puzzler mixed with a side-scrolling action runner. You’ll need sharp reflexes and quick thinking if you have any hopes of getting far in this game. You play as a cloaked hero who must traverse dangerous lands filled with traps and enemies — all with the help of a mysterious orb that shoots lasers. Clear the path ahead by solving quick puzzles and shooting down enemies — including boss battles — as the game adapts to your skills and ups the difficulty as you go. If you want to support the developer, you can purchase cosmetic upgrades for your character and laser orb, but you are also able to unlock all items by collecting the in-app currency during gameplay. Pokémon Go is still going strong with a healthy player base still catching ’em all. While the initial craze has died down, it’s still pretty common to catch folks playing Pokémon Go on the bus and elsewhere around the city. It’s so popular that chances are you’ve already checked the game out or are one of the millions out there still exploring your city for rare finds and community event days. Pokémon Go was the first game to really usher in location-based augmented reality games to the mainstream, and it remains the most fleshed out and fun to play of all the games we’ve seen. The name of the game here is SPEED. Chameleon Run is an auto-runner that has you jumping and dashing across different colored platforms. Like a chameleon, you have special jump skills and the ability to change colors to help you make it through each course — because the catch is you’re only allowed to touch objects that match your color. Seem easy enough? Well, think again! Each level is designed to be non-linear, meaning there are multiple paths to take to make it to the finish. There are also three special objectives to complete for each level, which keeps you coming back for more. Asphalt 9: Legends is the latest entry in this celebrated mobile racing game franchise and brings more of the frantic arcade racing action you love. The Asphalt series has always skipped over all pretensions of realism — outside of the photo-realistic car renders — to provides an over-the-top, high-octane experience with all the fixings. Players can work their way through career mode where you unlock new rides and upgrades for your garage and cars, or take the competition online in multiplayer. The incredibly polished graphics and outstanding soundtrack make Asphalt 9 an adrenaline trip you won’t soon forget. Odyssey is an absolutely beautiful game that features simple controls and endless replayability. The game builds off of the physics introduced in Alto’s Adventure and feels quite familiar except for Odyssey swapping the snowy mountain setting for a diverse setting that transitions from desert dunes to lush temple sections. Odyssey has introduced some fun new gameplay mechanics including hot air balloons, wall riding along rock features, and dust devils that will toss your character into the air. It all comes together to feel like a unique adventure, taking the best parts from the first game and adding new ways for linking tricks and exploring the slopes.

Jump right into the game Modern Strike Online offers a pure online FPS experience packed with many great quick match options available. You earn experience as you play that levels you up to unlock new game modes. There are six game modes in total which include most of the standard fare you’d expect — free-for-all, team deathmatch, seek and destroy, and a hardcore mode. In-game currency can be bought via in-app purchases or earned via daily rewards, crates and generally kicking ass, which can then be spent on new weapons, armor, and accessories for your character. There’s a decent amount of customization available for kitting, with over 30 types of weapons available to rent or buy. Grown tired of Clash of Clans gameplay but still love the characters and world that the folks at Supercell have created? Clash Royale is for you! You get to unlock and upgrade classic troops, build your battle deck, and take on real-life opponents in real-time battles. Join or create a clan and share cards and strategies with friends from around the world. You’ll need to employ quick thinking and genuine strategy to win, so you’ll be compelled to keep tweaking your decks by working in new cards. This game’s been around for a few years now, so there’s a ton of grinding and chest unlocks ahead for newer players to rank up and unlock all the best troop cards and whatnot. Sky Force Reloaded is one of those pure games that’s just a blast to play. It’s a top-down shooter that harkens back to the classic retro genre with gorgeous graphics and challenging gameplay. Blast your way through nine action-packed missions as you take down enemies while dodging the attacks they send back your way. Collect stars and upgrade your ships as you try to earn all medals on each mission at each difficulty level. It’s an incredibly well-polished game from a storied and celebrated franchise, making Sky Force Reloaded an absolute must-play.

Getting a play gift card is the safest way to load up your Google account with credit to use towards Play Pass without forgetting about it.