What Blade Runner got right (and wrong) about 2019 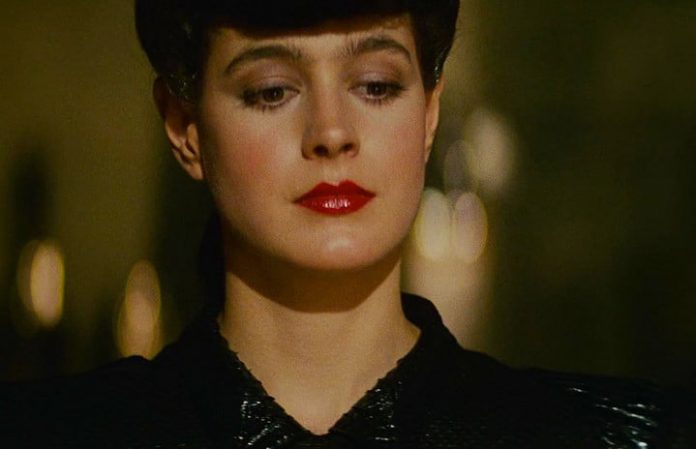 Despite being a flop upon its initial release, 1982’s Blade Runner is today considered a masterpiece among science fiction movies. But how much did it get right?

With November 2019 being the far-flung month and year in which the movie is set, here’s our rundown of the technology the movie predicted correctly. And, in one case, very, very incorrectly.

In the movie: Blade Runner presented a world in which humans would live among human-like artificial beings, or replicants. These bioengineered creations look like humans, but with superior strength, speed, agility, resilience, and intelligence. They can be distinguished only by their emotional response to questions.

Did it happen? Not quite to the same degree, maybe — but things have come a long way since 1982. Robots are increasingly a part of our everyday lives. While they’re not yet more advanced than humans in seemingly every way, robots and A.I. they are beating us at a growing number of endeavors. One has even been granted citizenship.

It’s #BladeRunner month. @lukedormehl asked me what I thought about the AI in the movie… pic.twitter.com/3fESbUkDU9

Thanks to advances in both robot design, underlying structures like artificial muscles and skin, and even things like lab-grown organs, they’re looking and working more like us every day as well. Oh, and the sex robot “pleasure model” version of replicant Blade Runner promised? That’s coming along for the ride. No pun intended.

In the movie: Flying cars are par for the course. Called spinners, these Vertical Take-Off and Landing (VTOL) vehicles are used by both police and wealthy citizens as a more convenient replacement for vehicles like light jets and helicopters. The concept was later replicated in other movies like The Fifth Element.

Did it happen? Like the first answer, this one’s not a clear cut “yes” or “no.” Certainly, flying cars are not anywhere near as ubiquitous as they appear in the Blade Runner universe’s version of 2019. But it would be inaccurate to say they don’t exist.

A number of companies are working on bringing VTOL vehicles to market — including a range of newcomer startups and some established names such as Aston Martin. Give this one until 2029 and we’ll probably a whole lot closer.

In the movie: Harrison Ford’s Rick Deckard uses an ESPER machine in his apartment to analyze photos using voice commands. His home’s “voice print identification” system is also able to recognize who he is.

Did it happen? The “zoom and enhance” trope of pulling high definition details from an image that would have just resulted in a mass of blurry pixels is something that still infuriates people who work with graphics. (Although, to be fair to Blade Runner, between higher megapixel cameras, better photo-editing software and image metadata, this isn’t a total miss on the movie’s part.)

The bit about speaking to your computer, though? Spot on. Here in 2019, the idea of using voice to interface with a machine is nothing out of the ordinary. Many of us converse every day with machines in the form of A.I. assistants like Siri and Google Assistant. Google Assistant is even able to identify the speaker and offer them tailored information accordingly.

In the ultimate testimony to this tech “just working,” many of us have forgotten this way of communicating with computers used to be sci-fi shorthand for “the movie you’re watching is set way in the future.”

In the movie: Deckard phones Sean Young’s replicant Rachel, using a video call to ask her for a drink.

Did it happen? Like A.I. assistants, video calls are now one of those things we take for granted. Whether it’s Skype or FaceTime, the idea of being able to see the person that you’re speaking to doesn’t even raise an eyebrow. Apple has even incorporated some neat ARKit technology to sort out the eyeline problem so it really does feel like we’re looking at the person we’re speaking to.

Nitpickers may point out that no-one really uses video calls to ask people out on dates in 2019, though. To be totally accurate, Deckard should really have just sent a Lil Pump GIF and maybe an eggplant emoji for good measure.

In the movie: Blade Runner is set in a world in which colonies have been been established on a number of other planets.

Did it happen? “Space travel hasn’t panned out in the way the film suggests, with off-world colonies and attack ships on fire off the shoulder of Orion,” bestselling science fiction author Gareth L. Powell, author of the Embers of War trilogy, told Digital Trends.

He’s not wrong. This one is seemingly much further away than anything else on this list. It’s not a forgotten science fiction dream, though. Efforts to colonize Mars continue to advance, largely through the work of pioneers like Elon Musk (a science fiction fan himself.)

It’s all about the Polaroids

In the movie: Blade Runner presents a futuristic version of the world that’s more advanced than the real 2019 in every single way — except for the fact that people still stare at printed Polaroid photos like they’re going out of style.

Did it happen? Did Polaroids go out of style, you mean? Yes. While Deckard might be able to hoover up some 2019 hipster cred for his habit of possessing physical photos, the rest of us have largely moved on. It’s all about Facebook, Instagram and the like these days.

Facebook
Twitter
Pinterest
WhatsApp
Previous articleSwitching back to a dumbphone was the smartest thing I’ve ever done
Next articleDeals Spotlight: 2019 13-Inch 256GB MacBook Pro Available for $1,299.99 on Amazon ($199 Off, Lowest Price)

In need of a new gaming laptop but can't wait for the Prime Day sales? There are some great deals already available. You can buy these gaming laptops right now.
Read more

Microsoft has discounted its whole line of Surface computers including the Surface Book 3 and Surface Laptop 2 ahead of Prime Day 2020.
Read more

The best smartwatch deals you can shop before Prime Day 2020

If a new smartwatch is on your wish list, you don't need to wait until Prime Day to pick up a bargain.
Read more

The best headphone deals you can shop before Prime Day 2020

Prime Day kicks off tomorrow, October 13, but if you can't wait that long for a new pair of headphones, there is already a range of deals you can look into.
Read more