Home News They're very similar, so should you get the OnePlus 7T or the...
News

They’re very similar, so should you get the OnePlus 7T or the 7T Pro?

The OnePlus 7T offers most of the same features as the OnePlus 7/7T Pro, but at a lower price point. You get the same 90Hz refresh rate, but this time on a flat AMOLED display. The phone also has a Snapdragon 855+ chipset, updated 30W fast charging, and a new camera housing at the back that’s reminiscent of a DSLR. Oh, and it comes with Android 10 out of the box. 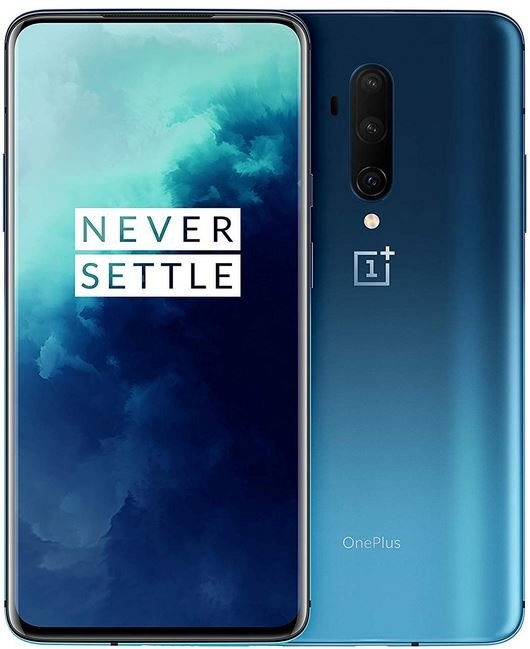 The OnePlus 7T Pro is a minor refresh of the OnePlus 7 Pro, offering a marginally larger battery, updated 30W fast charging, a Snapdragon 855+ chipset, and Android 10 out of the box. You do get a QHD+ AMOLED display with 90Hz refresh rate, and there’s no cutout either — the front camera is tucked away behind a retractable motor. The 7T Pro also runs Android 10 out of the box.

OnePlus has launched six phones this year, and while the OnePlus 7T has loads of new features that differentiates it in a meaningful way from the OnePlus 7, that isn’t the case on the OnePlus 7T Pro. Even as far as a T refresh goes, there’s very little here that you won’t find on the OnePlus 7 Pro. So which device should you pick up if you’re looking for value? Let’s find out. 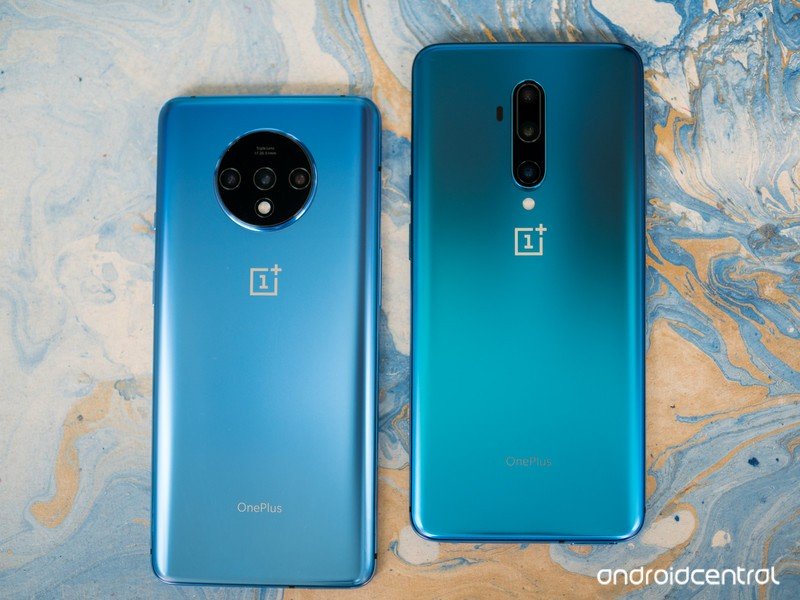 The OnePlus 7T is a standout offering as it comes with the same 90Hz refresh rate as the OnePlus 7T Pro. Sure, the resolution is limited to FHD+, but you’re still getting an AMOLED panel, and best of all, it isn’t a curved screen. The flat display is in fact easier to use on a day-to-day basis, and even though it’s just a FHD+ resolution, it is still very decent.

The OnePlus 7T has a no-nonsense 90Hz flat display, and the same robust hardware as the 7T Pro.

The only area where the 7T Pro actually stands out is the cutout: that particular phone has a retractable module for the front camera, so there’s isn’t a cutout above the screen. You instead get an all-screen design that’s enhanced by the dual-curved panel. It is gorgeous, and makes playing games and watching videos so much fun. But the notch on the 7T is significantly thinner than that on the OnePlus 7, and you don’t notice it after a few days.

There’s a downside to the evocative design, however. The OnePlus 7T Pro comes in at 206g, making it considerably heavier than the 190g 7T. The curves on either side also affect usability, as there just isn’t a whole lot to hold onto around the sides.

In that context, the 7T is a better choice. You lose out on the QHD+ resolution, but that is a net bonus as the FHD+ panel doesn’t take as heavy a toll on the battery life. There’s no difference in quality between both panels, as both phones use AMOLED tech. Furthermore, the 7T also has the same great stereo sound as the 7T Pro, with a grille located above the cutout acting as the secondary speaker.

OnePlus has differentiated itself by offering 90Hz panels on most of its phones in 2019. The high refresh rate combined with all the optimizations to OxygenOS and the high-end internal hardware has allowed OnePlus to pull ahead of other brands in terms of day-to-day performance.

OnePlus is the company to beat right now when it comes to raw power.

Honestly, even though there are dozens of other devices powered by the Snapdragon 855+, the 7T and 7T Pro are in a league of their own in terms of fluidity. A lot of that is down to OxygenOS, and OnePlus’ obsessive focus on speed. The 7T comes with 8GB of RAM as standard and 128GB of storage, and the 7T Pro is available in 8Gb and 12GB iterations and has 256GB of storage as standard.

The 7T Pro has a larger 4085mAh battery, but things are evened out because of the QHD+ panel. Both phones manage to deliver a day’s worth of use from a full charge, and they both feature the newer Warp Charge 30T fast charging standard that’s able to deliver a sustained 30W charge for longer.

Both devices are on an equal footing when it comes to the camera side of things as well. They both share a 48MP Sony IMX586 imaging sensor, and while the 7T Pro has an 8MP zoom lens instead of the 12MP module on the 7T, the resultant photos are identical. Basically, you’ll get great photos in most lighting conditions, but the cameras aren’t quite on the same level as “true” flagships from Google and Samsung.

For all that the OnePlus 7T Pro gets right, there are a few omissions. There’s still no IP rating on the phone, and while OnePlus claims that the device will work just fine even after a dunk in a bucket of water, you wouldn’t want to take the phone to the pool. And although there are fast options around for wireless charging, the 7T Pro is limited to wired charging.

To be fair, the 7T doesn’t have any of these features either, but it’s easier to forgive these omissions on a $600 phone. For what the 7T Pro retails for, you’ll want all the extras.

Thankfully, software is one area where OnePlus does get things right. Both the 7T and 7T Pro come with Android 10 out of the box, and the software experience is identical. OnePlus continues to deliver the best third-party Android skin, and it has managed to build on that in 2019 with useful new additions like a native screen recorder and Zen Mode.

Get the OnePlus 7T if you’re looking for value 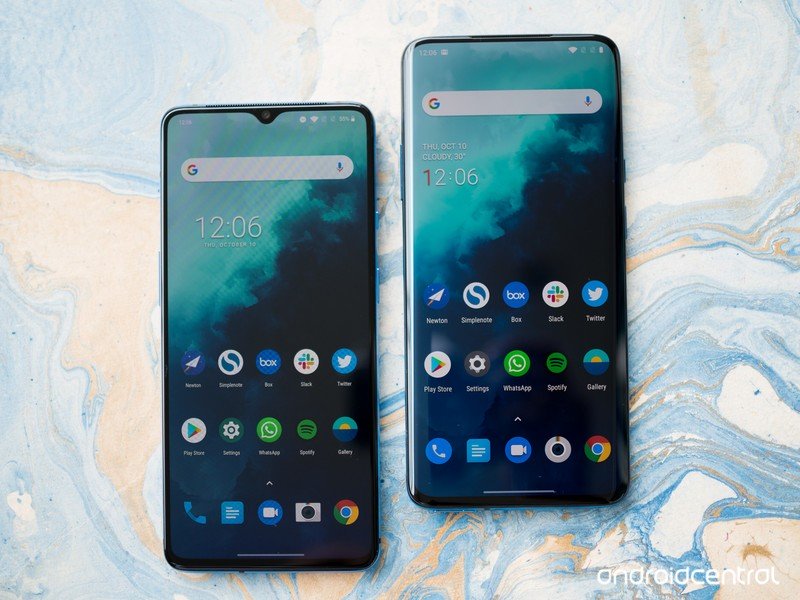 With so little to separate the two phones, it all comes down to what you’re looking for in a phone. If you’re in the market for value, the OnePlus 7T is the obvious choice here. The 90Hz display is sublime, and you’re getting the same robust internal hardware. Best of all, the AMOLED panel on the 7T is flat, making it easier to use.

The OnePlus 7T is the obvious choice here for its stellar hardware and 90Hz panel.

Furthermore, the OnePlus 7T Pro doesn’t really offer anything you’re not getting from the regular OnePlus 7 Pro, so you are better off saving some cash and getting that phone instead. That’s one of the main reasons why the 7T Pro isn’t available in all global markets.

The fact that there’s no wireless charging or water resistance is forgivable on the $600 OnePlus 7T, but the 7T Pro should have these features built in when you consider it retails for £699 ($900) in the UK. Sure, the 7T Pro has an all-screen design and a curved QHD+ AMOLED panel, but that alone isn’t worth the premium. Ultimately, the OnePlus 7T is a much more well-rounded product in terms of value.

The OnePlus 7T delivers in the areas that count, offering a stunning 90Hz AMOLED display backed by the latest internal hardware today. You also get a clean software with Android 10 out of the box, fast updates, and a camera that’s great for everyday use. Combine that with 30W fast charging and it’s easy to see why the 7T is one of the best phones of 2019.

Best of OnePlus — at a price.

The OnePlus 7T Pro takes things up a notch thanks to a bezel-less QHD+ display, Snapdragon 855+, and 256GB of internal storage. It shares most of the same camera hardware as the 7T, and you also get Android 10 out of the box. But at the end of the day, you don’t really get anything that you won’t find on the regular OnePlus 7 Pro.

Facebook
Twitter
Pinterest
WhatsApp
Previous articleWhich Amazon Fire TV Stick should you get?
Next articleMIT is teaching self-driving cars how to psychoanalyze humans on the road