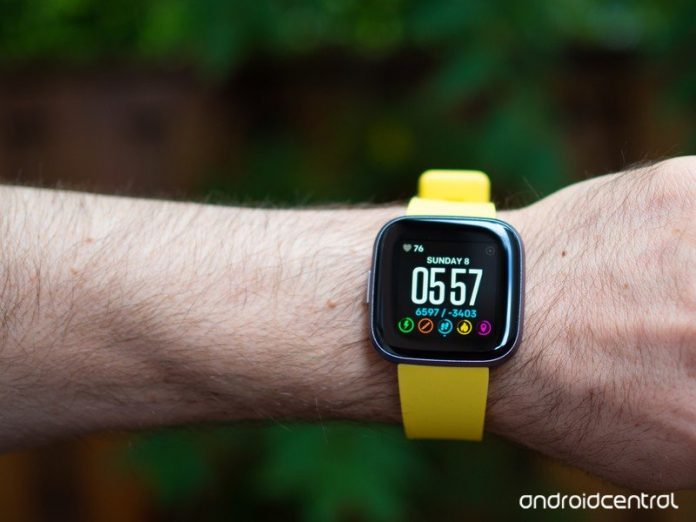 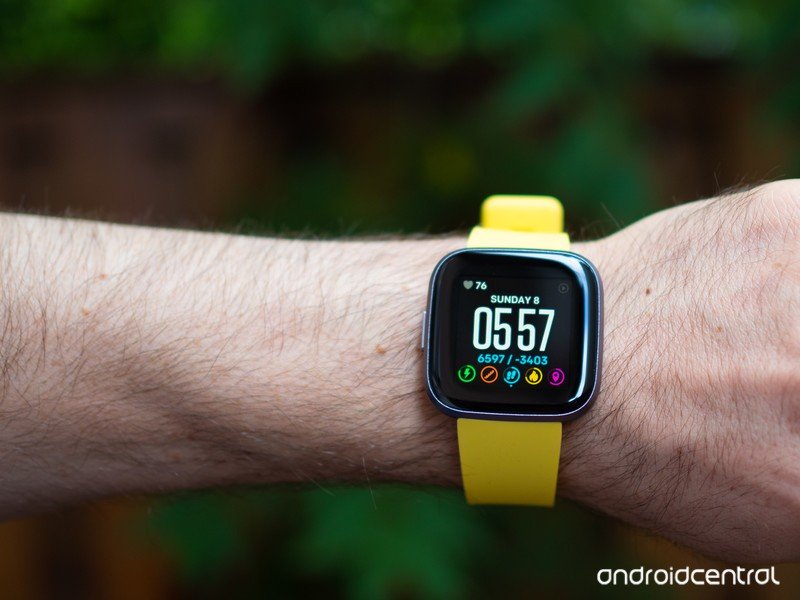 There are 28 million active Fitbit users, a number that CEO James Park recently said he is pretty proud of — not necessarily for the number itself, which is considerable in the wearables space, but for the number that stay loyal to the Fitbit brand.

If you look at the market overhead, though, you’ll notice a distinct trend over the past few quarters: Apple leads the way in terms of volume and market share, while companies you didn’t associate with wearables just a few years ago — Xiaomi, Huawei, and Samsung — have all surpassed Fitbit in terms of shipments. Fitbit’s products have never been particularly expensive, but their core tenets, turning accelerometer and heart rate data into visualizations and actionable intent, have been largely commoditized.

On the other hand, Fitbit still has enormous mind share — it was among the earliest wrist-worn wearables companies, and outside of Apple still does the best job taking all of that raw data and making it into something its users find genuinely useful. Fitbit is way ahead in sleep measurement and representation, in particular. The company makes consistently good products, and rebounded from a stretch of buggy, disappointing duds released between 2014 and 2016. 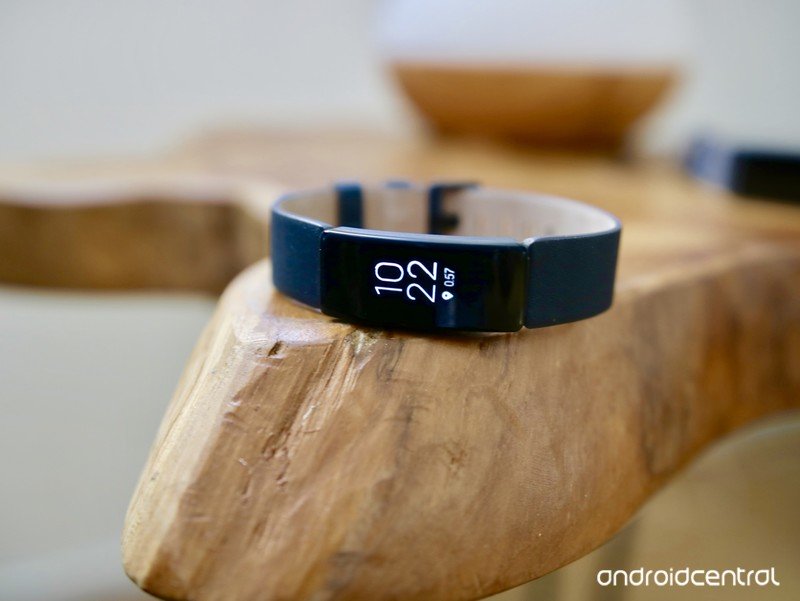 Unfortunately, the company’s stock price never rebounded: after a promising IPO and a peak in mid-2015 of just under $48, the stock spend 2016 sliding to around $7, trickling ever-lower since. In August, shortly before announcing the Versa 2 and its Fitbit Premium subscription service, the stock hit an all-time low of $2.81.

This is the context with which we have to look at Google’s desire to acquire Fitbit and ultimately integrate it into its hardware division. It’s still unclear how that will happen, though Google’s head of hardware, Rick Osterloh, alluded to using the acquisition to jumpstart “[investments] in Wear OS,” ultimately leading to “[introducing] Made by Google wearable devices into the market.” The Fitbit brand will not go away, at least not anytime soon, but like Google did (somewhat stumblingly) with Nest, it will become a part of the company’s larger hardware aspirations.

Most people who say loud things on the internet have expressed dismay at the idea of Google owning Fitbit’s treasure trove of health data.

Since the announcement on Friday, I’ve seen two camps clearly form: those who are skeptical that the Fitbit acquisition will change or improve the prospects of success for Wear OS, a platform that’s been floundering for much of its five-year existence; and those who believe Google will harvest and ultimately abuse the billions of health data points Fitbit has collected about its consumers over the last decade.

To its credit, Google saw this tweeting on the wall, preemptively promising not to sell Fitbit data (Google never sells its data to third parties anyway) nor use it to generate targeted ads. Here’s the snippet:

But to get this right, privacy and security are paramount. When you use our products, you’re trusting Google with your information. We understand this is a big responsibility and we work hard to protect your information, put you in control and give you transparency about your data. Similar to our other products, with wearables, we will be transparent about the data we collect and why. We will never sell personal information to anyone. Fitbit health and wellness data will not be used for Google ads. And we will give Fitbit users the choice to review, move, or delete their data.

Unsurprisingly, people aren’t convinced. My Twitter feed was overflowing with Google skeptics and Fitbit loyalists irate at the prospect of the world’s biggest advertiser siphoning all of this fitness and health data. The more level-headed responses still contained ample skepticism:

I feel a little uneasy. Google is great and all but I’m not sure about how I trust them with all my health data. 🤷🏽‍♂️ sensitive.

When you’re a company as big as Google, festooned with as many privacy scandals as it has, there’s reason to be doubtful of the subcutaneous impact of owning all of this health data, even if a few things are already true: Google has already amassed plenty of similar metrics through its Google Fit platform, though not nearly at the same scale; and Google sits under the corporate umbrella of Alphabet, which owns Verily, a health sciences company. Owning Fitbit gives Google scale in the wearable data market, not an introduction. 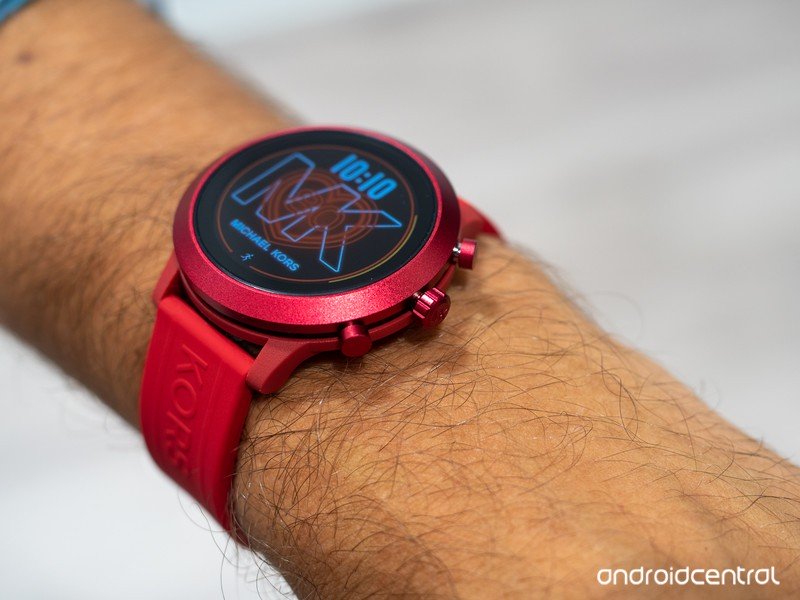 The other side of the argument is more cynical, since it focuses on product, a problematic word for both Google and Fitbit over the past few years. Wear OS is a trainwreck, suppressed from success on all sides: half-baked silicone from Qualcomm; partners that want to use the platform to create luxury timepieces (which isn’t inherently a bad thing) more than pieces of technology; and a software team that can’t figure out what it wants to build.

Wear OS is bad because not because it does everything poorly but because it doesn’t do anything particularly well. I’m not going to spend time rehashing the particulars of my grievances — you can read my many Wear OS reviews for examples — but suffice it to say, Wear OS needs to change. Whether that means burning it all down and starting again or merely leveraging Fitbit’s specific health-related advantages to augment the existing platform, that’s for Google to decide, but the status quo is not sustainable.

Nor was it sustainable for Fitbit itself. The company has lost money almost every quarter since it went public in 2015. And despite growing its user base (albeit slowly) over the past couple of years, and finally overcoming the awkwardness of its initial smartwatch aspirations, the company is being hemmed in on all sides, from Apple and Samsung at the high-end and Xiaomi/Huawei/generic-$20-Amazon-tracker in the budget space.

Wear OS is a disaster, and merely buying Fitbit isn’t going to change or improve its prospects.

When the Fitbit Versa 2 debuted in August, I said that while the hardware was fine, I was far more interested in the $80/year Fitbit Premium subscription service that would debut a few short weeks later. And when it did emerge, it barely made a splash. But it’s this pivot to recurring subscription revenue that is, or was, supposed to sustain Fitbit and shift its business model away from low-margin, commoditized hardware. Because as Google found on the software side, and Fitbit with hardware, it’s really hard to compete in the wearables space unless you build the entire stack.

In other words, it’s really hard to compete with Apple.

I really hope Fitbit sticks around in the long-term, at least in some form. I’ve used its products on and off for nearly a decade and still find its cross-platform effortlessness hugely appealing.

But I, like many of my peers, don’t see this acquisition as a sure thing. To say that both Google and Fitbit have each failed to produce success smartwatch platforms would be an understatement, and together, success is definitely not guaranteed. Spending $2.1 billion on Fitbit, which is a generous premium over its before-announcement share price, is something of a bailout, one that will put a minor dent in Google’s balance books and potentially save a once-great wearables maker from ignominious failure.

One minor bright spot in all of this, though? The idea that Google now owns Pebble.

Barcelona are back in action tonight as they head to Real Valladolid's Estadio José Zorrilla. Don't miss a kick by
Read more

Atalanta travel to Turin as Serie A football continues today. Follow along with all of the action wherever you are
Read more

How to watch Usman vs. Masvidal in UFC 251 from Fight Island