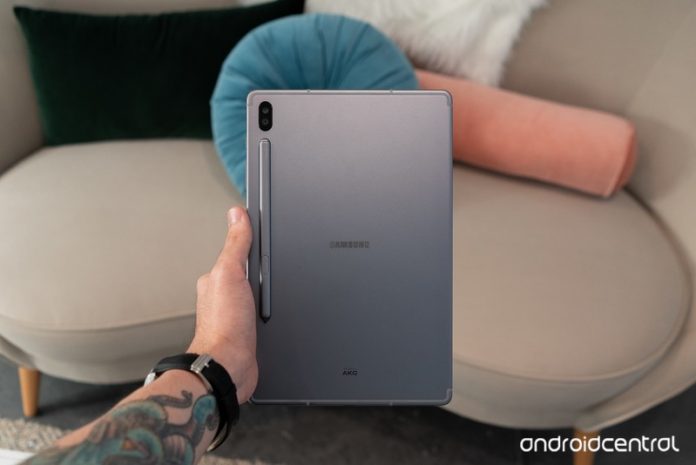 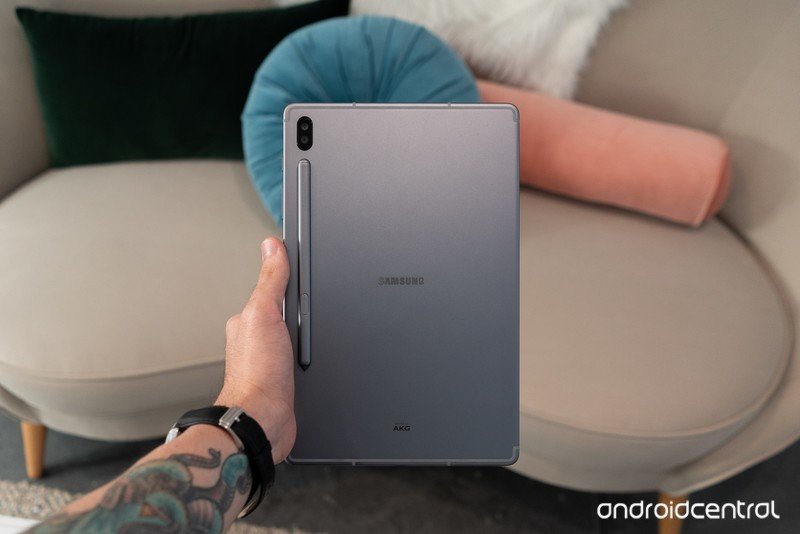 There aren’t a ton of great Android tablets out there, but the Samsung Galaxy Tab S6 offers the best overall Android tablet experience of the bunch. It has a big screen, high-end specs, tons of features, a stylus, and support for a full keyboard. It’s expensive, and not the right pick for anyone who wants a smaller and more portable tablet, but as an all-around device, it can’t be beaten. For those who have different needs (or budgets), there are a few other picks that work well as media consumption devices and won’t break the bank.

Tablets make a great holiday gift, and November is the best time to buy one before the holiday season. Retailers are gearing up for Black Friday, listing all of their best tablet sales and discounts weeks in advance. That means you don’t necessarily have to wait until the end of the month to find the best deal — we’ll be keeping an eye out for the best prices and updating this article periodically throughout the month. 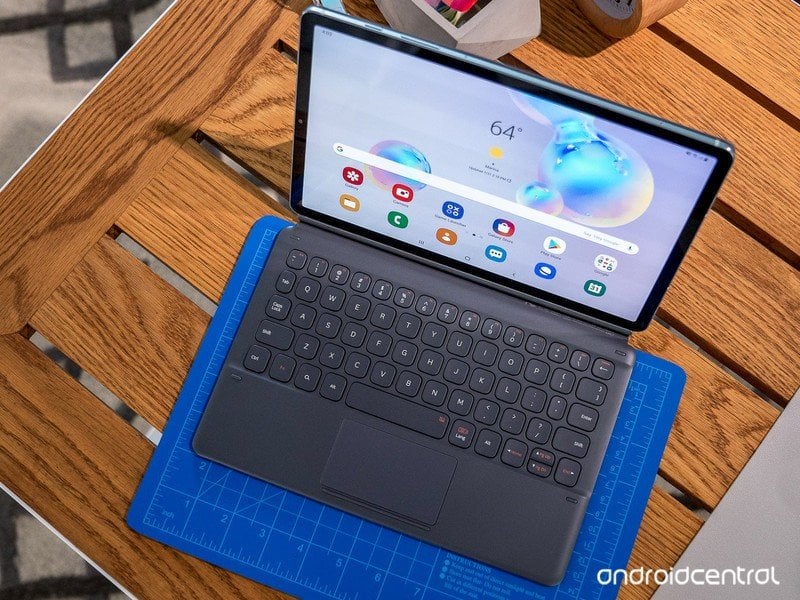 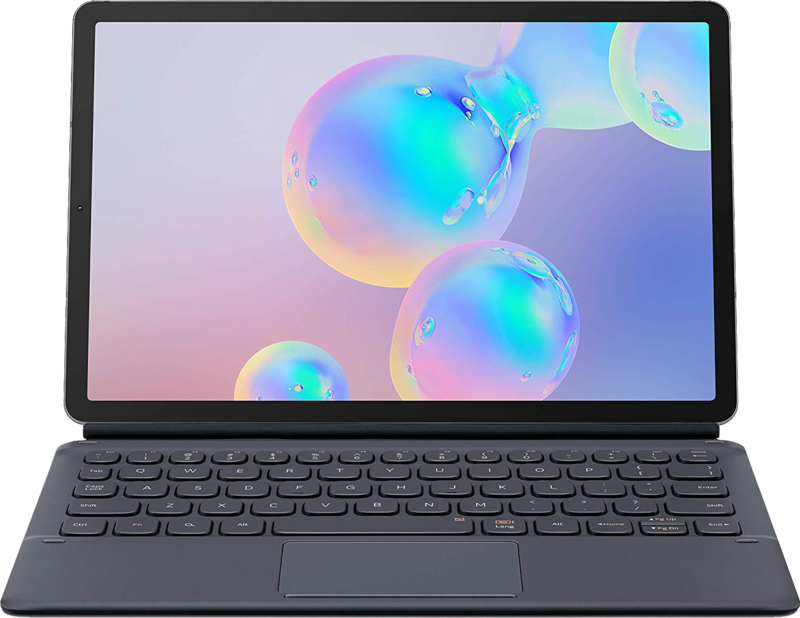 The best all-around Android tablet for most people.

This is Samsung’s best-ever tablet, and it’s a single device that can do it all. Solid specs, a great display, and long battery life are all selling points. 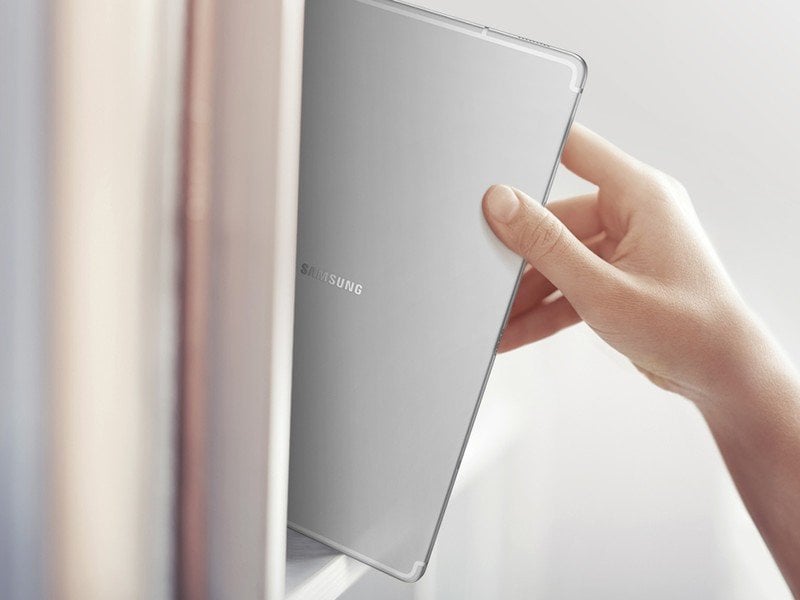 You get the same 10.5-inch AMOLED display, which is a huge plus, as well as 4GB of RAM, 64GB of storage and high-quality quad speakers. The battery is a little smaller, and the Snapdragon 670 processor isn’t going to blow you away with performance, but those are fine trade-offs for a solid price drop. 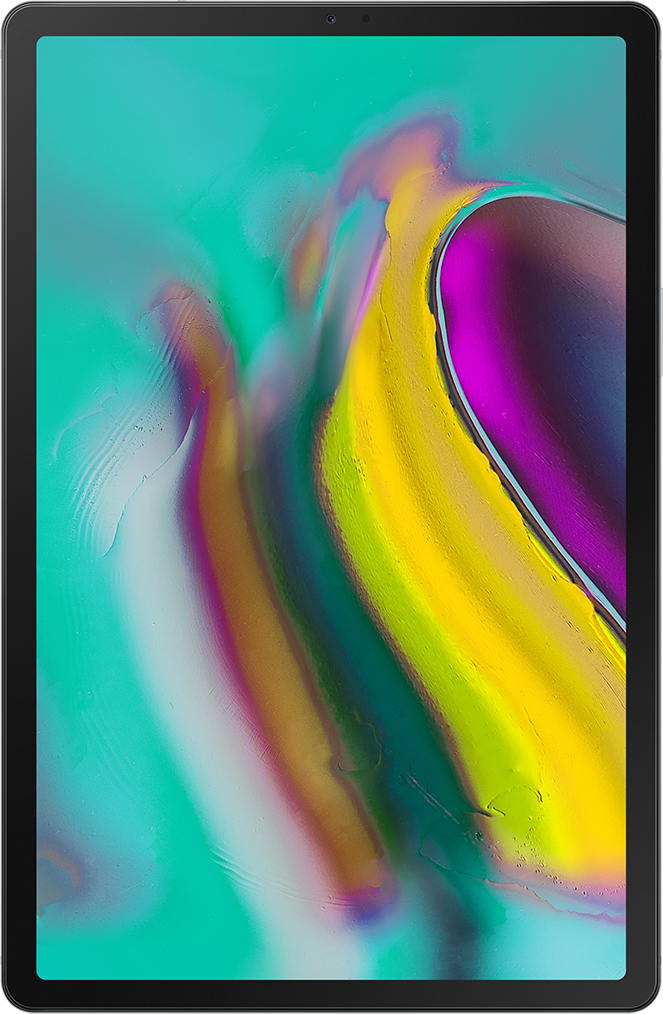 Get a high-quality tablet with productivity features for less.

If the Tab S6 looks appealing but is too expensive, the Tab S5e is for you. It gets everything done, and trims in the right places to still be a great tablet. 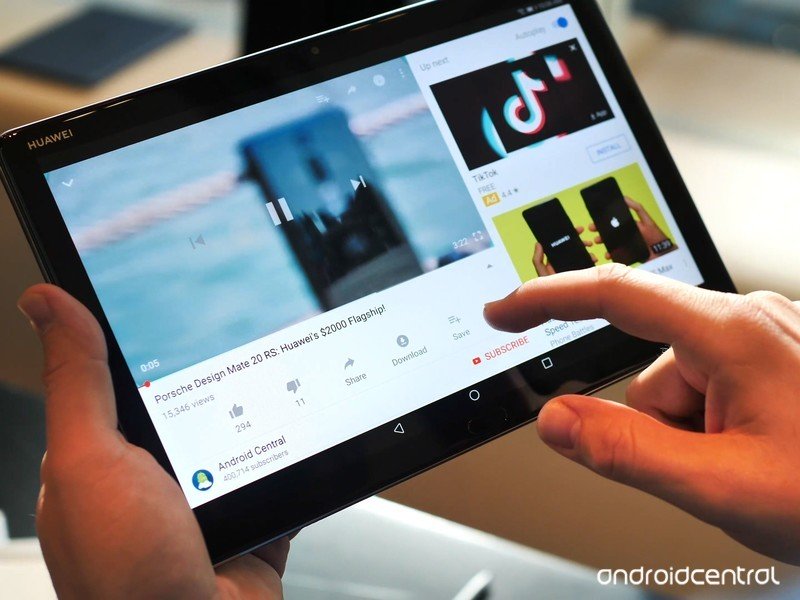 The MediaPad M5 8.4 isn’t going to blow you away with amazing speakers or a class-leading display like the Galaxy Tab S6, nor does it have a companion stylus or a keyboard. But it has excellent build quality and exceptional performance — plus, a Quad HD display.

Though Huawei makes a larger model (and even a Pro model that does support a pressure-sensitive stylus), the MediaPad M5 8.4 is the perfect size for comfortable, casual browsing and play. And the price is right for what it offers. 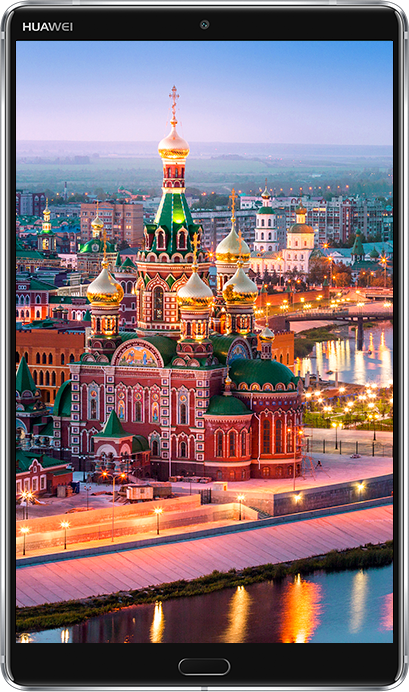 This series of tablets leans more towards the midrange. But that’s all you need for the majority of what most people do on their tablets. 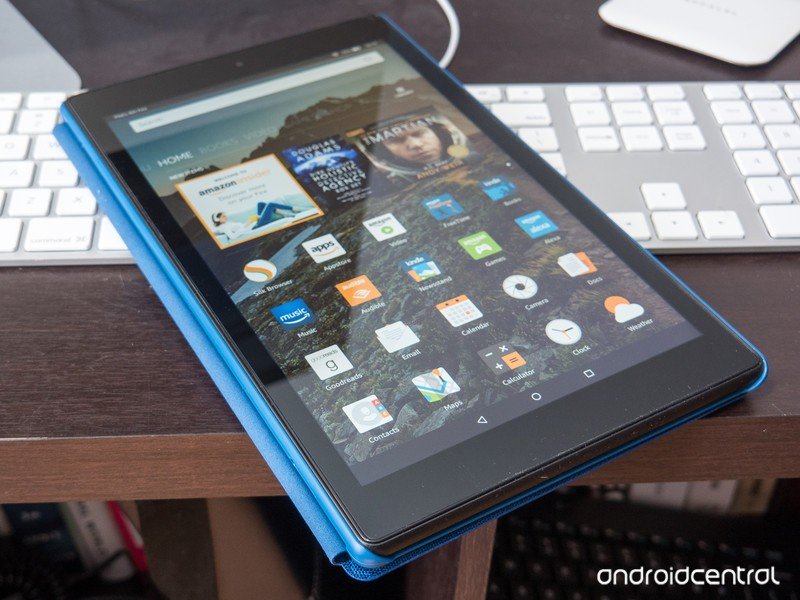 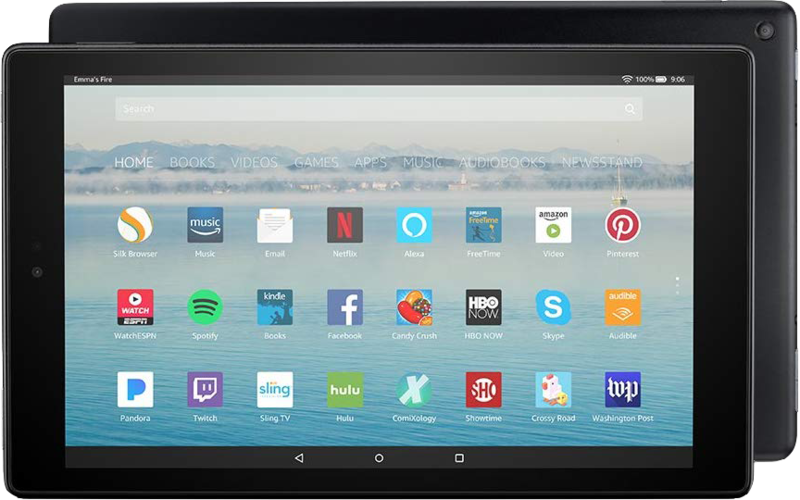 The Fire HD 10 is all about giving you the essential tablet experience without the extra complication (and cost) of productivity features.

Cheap as it Gets — Amazon Fire HD 8 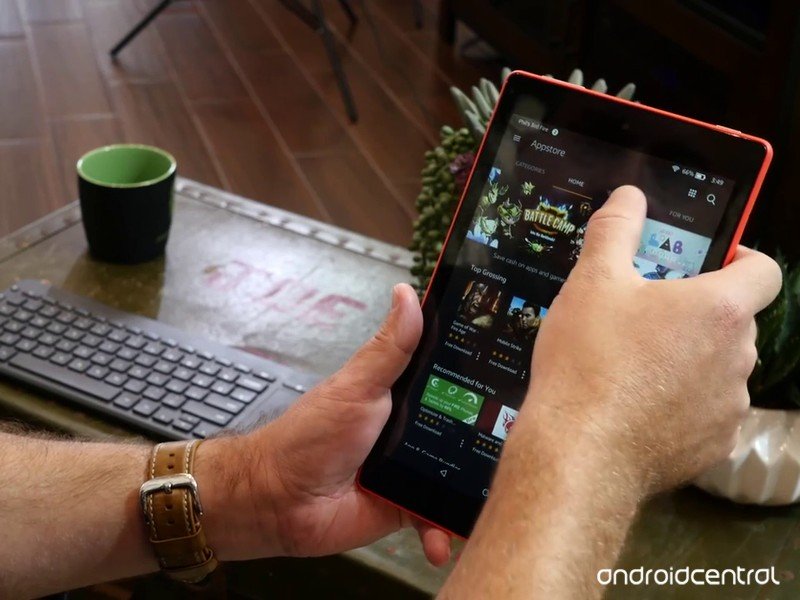 Amazon also makes the best super-inexpensive Android tablet available, the Fire HD 8. At this price and with 16GB of storage, it’s a fantastic deal. The smaller size makes it easy to toss in a bag and carry around or give to a child. And it’s also light and easy to hold in one hand, making it suitable for reading.

Like the Fire HD 10, it doesn’t have the Google Play Store or Google apps. But you’re even more likely to look past that when you’re spending this little on a tablet. This is an excellent choice for media consumption, browsing, or handing to your kids. 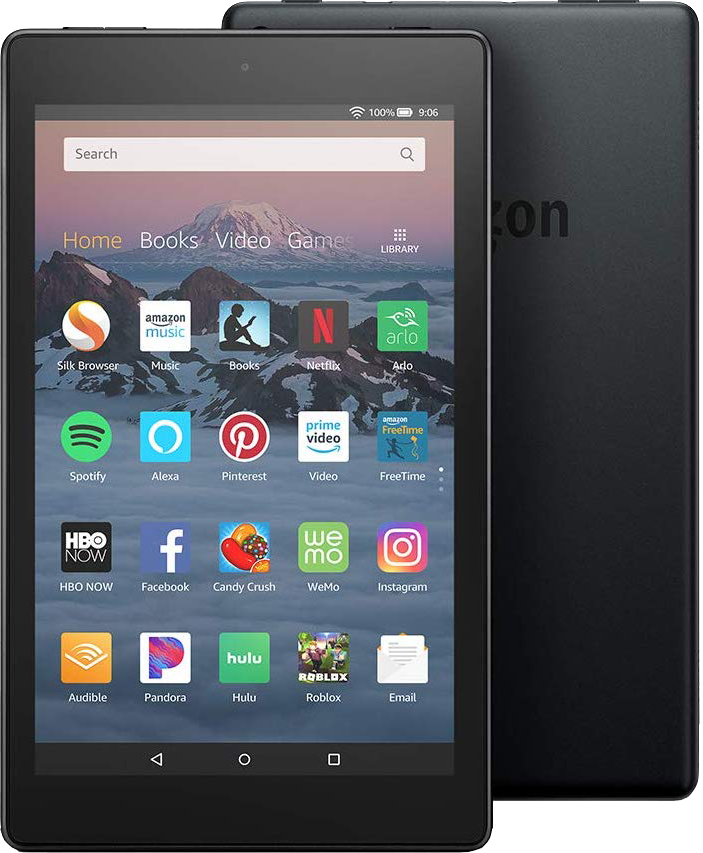 A light and portable tablet at a great price — there isn’t much you can complain about in that equation.

The number of great Android tablet options is limited, but there are a few that are worthy of recommending. The best possible Android tablet experience comes from Samsung Galaxy Tab S6 with its high-end materials, great screen, capable software, and hardware keyboard support.

The Tab S6 is too expensive for many tablet buyers, but Samsung also makes a great alternative in the Galaxy Tab S5e. For much less, you’re getting the same core experience and productivity features, in a lighter overall package, but with a few shortcomings in specs and frills.

For those who don’t need every bell and whistle under the sun, the Amazon Fire HD 10 and Fire HD 8 offer a excellent media experience without costing you an arm and a leg — so long as you can live without Google Play services. If you need a bit more from your tablet but still want it in a handheld package, the MediaPad M5 8.4 won’t leave you disappointed either.

There are plenty of different use cases for tablets that might influence which one you should buy. Yes, the Galaxy Tab S6 is the best overall option with the most horsepower and even the capability to replace your laptop, but you don’t need all of that if you just want to stream videos and play casual games on occasion. Know your needs and don’t overpay for a tablet that does more than you need.

Whatever you end up deciding on, November is the best time of the year to buy new tech, and most retailers have started listing their Black Friday prices early in the month to snag the interest of impatient shoppers. Amazon is typically the best place to find a good deal, but you can expect other stores Best Buy, B&H, and Target to start dropping prices soon enough. To ensure you have the best deal possible, you might want to install a bargain-hunting browser plugin like Honey, which checks for coupon codes before you reach the checkout screen.

Of course, we’ll be doing our part as well and updating pricing on this article throughout the month, so be sure to check back here regularly for new Black Friday deals.