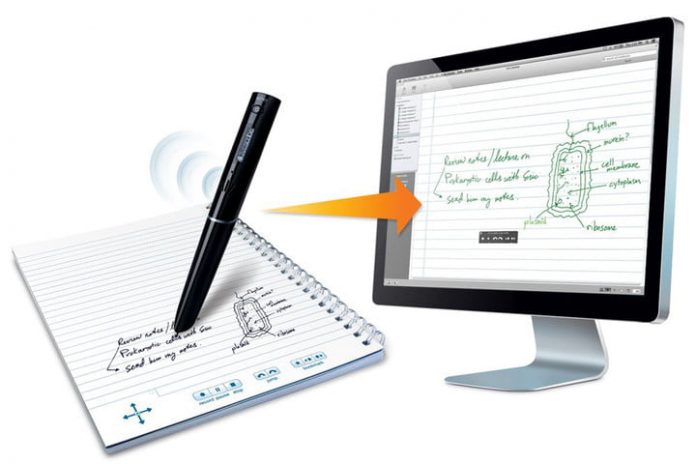 Smart pens tend to be a niche item, but for those who benefit from this innovative tech — primarily students and others with extensive note-taking tasks — it can save a lot of time and effort.

Smart pens — as opposed to the more popular styluses — use infrared cameras to record your pen-to-paper strokes, handwritten notes, text, or drawings, and then translate them to digital format on a computer or smartphone. Smart pens are not all the same. Some have additional capabilities such as interpreting and improving your penmanship by translating your terrible scrawl into readable text, while some even function as voice recorders to preserve lectures or other vocal presentations. Companion apps for iOS and Android make it easy to edit, annotate, share, and play back your notes and sketchbook drawings.

A smart pen is often used in conjunction with interactive paper to create handwritten digital documents that can be recorded and edited at a later time. Smart pen operations are somewhat similar to optical mice: Mice track hand movements by reflecting an LED from the desktop but digital pens track movements on interactive paper and the pen’s chip interprets reflective patterns to store images of handwriting or drawings. Some digital pens also feature Bluetooth antennas that can transmit your data to a computer. If a smart pen is something you need, we have a few suggestions on where to start looking. These are the best smart pens currently available.

Livescribe is a famous name in the smart pen arena, and the Echo has all the elements you may need. It records what you write, replays meetings and lectures with a tap, and saves all notes and audio recordings to your computer in conjunction with free companion software for Mac and Windows. With 2GB of memory on the device, it can store over 200 hours of audio or thousands of pages of notes. The special Livescribe dot paper, which is required for the pen to work, is regular paper printed with a unique pattern of microdots that function as a GPS system, allowing the pen to capture what you write. It comes in various sizes and styles to suit your needs: College-ruled notebooks, lined journals, blank journals, mini journals, and more. You can even print your own dot paper for free from within the Echo Desktop on your printer. The package includes a 50-page starter notebook, two ink cartridges, a micro USB cable, and a cap.

The Moleskine Pen+ Ellipse Smart Writing Set includes the pen and paper tablet with encoded paper in a dotted layout designed with code technology that works with the pen to facilitate the capture of your strokes. The companion app — for both iOS and Android — transfers your notebook scribbles to your device, digitizing your analog notes and allowing you to notate, share, search, edit, and organize your notes. You can record audio to sync with your notes and diagrams and save as a PDF or upload to Google or Evernote. It comes with a USB recharging cable, one pen tip ink refill, and a user manual.

With the Wacom Bamboo Folio, you’re working with the pen and paper you’re used to — except this pen and paper converts what you write or draw into a digital, shareable file as you write. The maximum notepad thickness is about 80 pages. When you’re done, just tap a button and Bamboo Folio saves everything. The free Wacom Inkspace app converts your handwritten notes to text and lets you export it into JPG, PNG, PDF, SVG, or WILL files. An optional upgrade gives you access to the free Inkspace cloud service that converts your notes to text, tags your ideas on paper, or exports them as documents. You can use it to sync your material in the cloud and forward to Dropbox, Evernote, and OneNote. You need a Bluetooth-enabled iOS or Android smartphone or tablet with the Wacom Inkspace app.

The Neo Smartpen N2 digitizes your notes with an internal camera that captures your handwriting and converts it to digital documents when the pen syncs via the Neo Notes app. The companion app is compatible with Evernote, Google Drive Manager, OneNote, and Creative Cloud. Its dual-core ARM9 processor records more than 120 frames per second and calculates up to 256 levels of pressure. The digital pen has 90MB of internal storage so you can transfer handwritten data, though it’s best to finish using the pen before transferring data. You can export both text and drawings to social media. The Neo Smartpen uses a Standard D1-Type pen tip, and you can replace it with refills.

The NewYes smart pen has a built-in camera with a lens that captures the exact location of everything you write and draw and recognizes 1,024 levels of pressure. With Bluetooth 4.2, the pen offers efficient wireless transmission with no data loss, and features eight hours of continuous writing. A companion app provides handwriting recognition and generates editable text from your scribbles, letting you search for handwritten keywords. The app also allows for voice memos to accompany and link to your notes. A convenient Playback button lets you navigate through your presentations and lectures. You can quickly share notes and ideas with friends and colleagues on Facebook, Whatsapp, Instagram, Twitter, and email, and save materials in an album or as a PDF. The package includes its own special notebook, a refill, and a USB charger, and the app is compatible with both iOS and Android.

The Livescribe 3 offers a quick, easy way to share handwritten information from paper to tablet or smartphone. It connects the free Livescribe+ app to your iOS and Android devices via Bluetooth smart tech to sync what you write or draw. The pen’s built-in memory captures and stores your notes. It also uses your smartphone or tablet’s microphone to record audio that’s synchronized to everything you write on paper with a high-speed infrared camera. Once your notes are in the mobile app, you can organize, tag, play back audio, and send or share notes to up to four of your iOS or Android devices. A full charge powers up to 14 hours of use. Livescribe dot paper is printed with a pattern of tiny microdots that work with the pen’s infrared camera, allowing it to record the location of everything you write or draw. Controls and tags are printed on Livescribe notebooks, helping the pen communicate with the app. You can choose from a variety of paper types, bindings, and sizes.