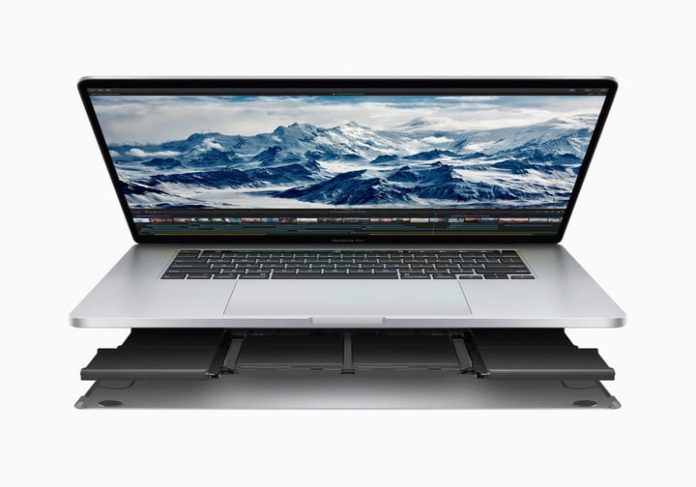 Creative professionals have always been a target demographic for the MacBook Pro. In recent years, though, that group has been vocal about its disapproval of changes made to the device. The new 16-inch MacBook Pro makes great strides to winning back that audience, bringing a better keyboard, enhanced cooling for greater burst performance, and a much larger battery.

But there’s one part of the new MacBook Pro that is a bit of an Achilles heel as far as a professional device goes: It’s not user upgradeable.

The Apple device ethos has always been somewhat more closed than the competition. It has a greater say in the hardware and software that you can use than you might see on a Windows machine, for example. That leads to greater stability and performance, at a cost of customization options.

But professionals like additional customization. They like the ability to tweak things to how they see fit without nanny Apple looking over their shoulder. Despite all the improvements of the 16-inch MacBook Pro, the lack of customization limits its use for professionals. Despite offering options for up to 64GB of RAM and 8TB of SSD storage, not being able to upgrade after you make your initial purchase is frustrating.

The 16-inch MacBook Pro earned itself a 1 out of 10 for repairability during its iFixit teardown, with Apple going to extreme lengths to prevent any of the laptop being easily taken apart. That meant soldering major components like the CPU and RAM, gluing the keyboard, battery, and speakers in place. Not even the SSD storage is safe, with Apple making a point of soldering it to the logic board too.

Like every MacBook for the past few years, Apple has made its professionally slanted model entirely non-upgradeable by the user. It would even be difficult for repair shops or Apple technicians themselves.

But it didn’t use to be this way. The mid-2012 MacBook Pros with Retina displays let you upgrade their storage easily enough. Earlier models let you upgrade the memory yourself too. But it’s been years since Apple has allowed either of these relatively simple upgrades. Actively blocking them by soldering the hardware in place.

An argument could be made that this is just Apple moving with the times, or at least trend setting with the times as it so often does. Most laptop manufacturers out there don’t let you to swap the battery in your laptop any more. But some companies are making devices with user upgradeability in mind.

Microsoft’s Surface Laptop 3 might not have won us over, but iFixit praised how easy it is to remove the SSD, making replacements and upgrades super simple. Technically Microsoft claims that this should only be attempted by a technician, but the process should be relatively painless if you’re careful when removing the laptop’s various screws.

While replacing keyboards and more in-depth components of a laptop is certainly more complicated than swapping out an SSD, it’s telling that Apple goes out of its way to remove any chance of replacing anything. This is extra egregious considering the reliability issues Apple’s MacBook Pros have faced in recent years, especially surrounding its keyboard. While the new Magic Keyboard is said to be better than its butterfly-switch predecessors, we won’t know that for sure until they’ve been out in the wild for a few months. As iFixit pointed out too, this new design is not part of Apple’s Keyboard Service Program, either.

Nobody is suggesting that every modern laptop needs to have ever component be user-replaceable or upgradeable. But when you’re making a laptop that’s targeting more enthusiast, professional users, giving them the ability to upgrade memory or storage would be a welcome change.