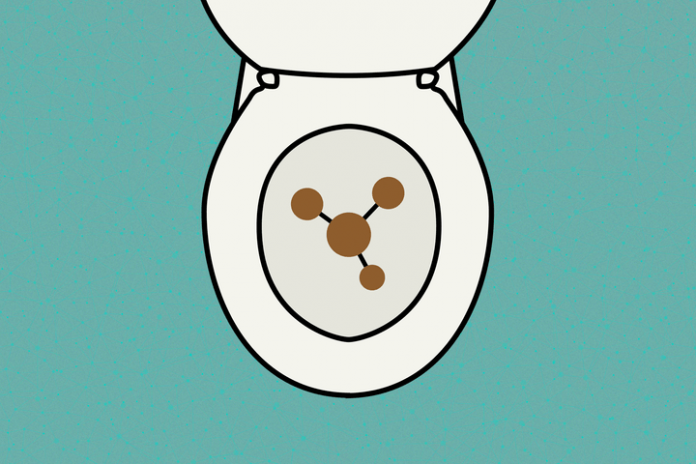 Since the first internet-connected smart devices burst onto the scene, a few (smartphones, smartwatches, smart TVs, smart speakers) have become ubiquitous. Several (smart locks, smart thermostats, smart doorbells, smart fridges) have thrilled the early adopter crowd, but not quite yet broken into the mainstream. And a large number of others (smart toasters, smart bins, smart umbrellas) have barely made a dent at all, remaining niche novelty items for techies with too much money. Is it time that smart toilets ascended from this third category to the first?

That’s certainly what a team of metabolism scientists at the University of Wisconsin-Madison and the Morgridge Institute for Research think. They believe that smart toilets could prove transformative when it comes to the ability to monitor our health. Currently a few smart toilets exist on the market. For instance, at this January’s Consumer Electronics Show (CES) 146-year-old plumbing company Kohler showed off its Numi 2.0 Intelligent Toilet. This “fully-immersive experience” (because who doesn’t want an experiential immersion when they’re on the john?) offers Siri-style voice commands for custom music and lighting, plus special heated seats for keeping your butt intelligently warmed. This is not what the researchers are advocating, though.

Instead, they’re referring to toilets as the ideal form factor for a device that tracks a variety of health metrics, including nutrition, exercise, medication use, sleep patterns, and an assortment of biomarkers which could be used to predict cancer, diabetes and kidney disease. So long as you’re willing to surrender your urine not just to the sewer system, but to the cloud as well.

“Wearable devices that collect data continuously are disrupting healthcare in a positive way,” Joshua Coon, a professor of biomolecular chemistry at the University of Wisconsin-Madison, told Digital Trends. “However, they primarily rely on heart rate and step count. Toilet sampling of urine in the way we describe could monitor hundreds of compounds that can directly report on your metabolic health and lifestyle. For example, these types of measurements could inform on a range of topics from chemical exposures to consumer products to metabolites indicative of inflammation.”

In a pilot study, the results of which were published this month, the two researchers on the project (the other was data scientist Ian Miller) showed this efficacy by collecting all of their urine samples over a 10-day period. They then analyzed the urine’s “metabolic signatures” using gas chromatography and mass spectrometry. Comparing the 110 total samples with copious health records taken from the same period — ranging from how much coffee and alcohol they had drunk to heart rate, exercise patterns, and sleep taken via wearable devices — they found that urine was able to accurately reveal all of this information due to its changing composition.

The study, which was part-funded by the National Institute for General Medical Sciences, was published in the journal Nature Digital Medicine.

They are now setting out to build a toilet that will be capable of performing this analysis work. “We are currently building a prototype smart toilet that can analyze urine directly from a toilet in rapid fashion,” said Ian Miller.

Time to take the plunge(r)?

There are a few challenges ahead. One is the cost of the analysis. Right now, mass spec small molecule analyses — of the sort done in their study — was carried out on $300,000 machines. Even for someone who has saved up to refurbish their bathroom, that’s a sizable sum of money. “Embedding the analytical technology needed to make these measurements into a toilet is a major engineering challenge and not cost effective on a small scale,” Miller said.

However, the researchers note that portable mass spec technologies do exist at around one-tenth of this cost. Furthermore, as with any technology, production at scale could greatly reduce its price. A toilet is the definition of a “must have” technology, which would mean a large market waiting to be tapped. Literally.

Perhaps the biggest sticking point is that toileting habits aren’t something most people are particularly comfortable sharing.

Perhaps the biggest sticking point is that toileting habits aren’t something most people are particularly comfortable sharing. We’re more than happy to have envious friends scour our inputs (read: tasty looking meals) on Instagram and Facebook. But very few of us would be as cavalier with our, err, output. Sure, it’s not a direct comparison.

Nobody is expecting that we’ll start competing over bowel movements in the way we might do with Apple Watch Challenges. Nonetheless, for this kind of analysis to work as well as it could it would be necessary to share all of the data in something akin to the National Institutes of Health’s “All of Us” human genome database. Having large numbers of users provide their urine for analysis would make it possible to use big data algorithms to scour the samples to draw whole new correlations linking health and lifestyle.

“Achieving diagnostic capability will require monitoring these urine metabolite profiles over hundreds or thousands of people over time,” Joshua Coon said. “With that type of data, and health records, one could correlate health and lifestyle with metabolite signatures. Once we have those signatures, we can better alert individual users to potential health concerns, hopefully much earlier than current so that correcting or reversing the underlying disease is much more achievable.”

If people can get past that, the same way that they are willing to have their Netflix choices or Amazon purchases used to make the overall recommender systems smarter, it could be the start of something truly interesting.

Add that to the fact that all of us use the toilet every day, meaning no behavior changes needed in order to use the technology, and smart toilets suddenly sound like something I’d happily put down money for. And those are words that I never thought I would write.