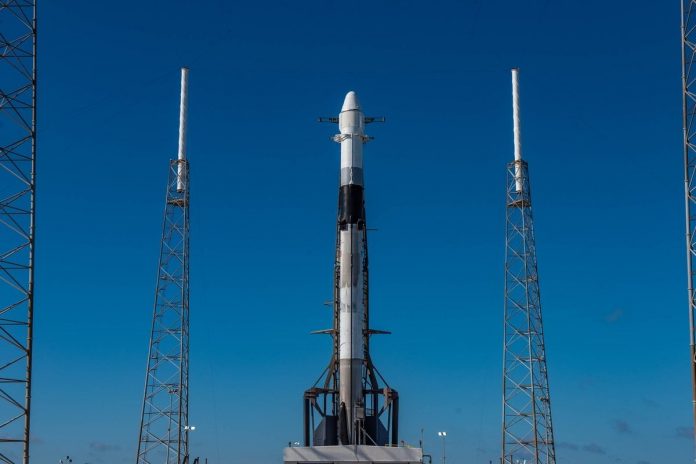 SpaceX is continuing its ambitious mission to bring the internet to the entire planet through its Starlink program and is furthering its aim of rocket reusability at the same time. Next week, the company will launch a further 60 Starlink satellites into orbit aboard a rocket with a number of reusable parts.

To launch the next set of satellites into orbit, SpaceX will use its old reliable, the Falcon 9 rocket. The Falcon 9 is notable for having a reusable first stage, an important development that promises to save money and resources once reusable rocket technology becomes more established. The particular first stage chosen for the launch will be used for the fourth time, which is a record number of uses.

There’s another aspect of reusability in the Starlink launch. For the first time, SpaceX will reuse a payload fairing, which is the nose cone used to protect the rocket from the extreme heat and pressure generated as it rises up through the atmosphere. The company has designed the fairings to fall back to Earth so they can be collected using tools like a giant net on a ship. The fairing set for use next week was previously used in April for the launch of a Saudi Arabian communications satellite.

The satellite launch is scheduled for 6:51 a.m. PT on Monday, November 11. This time and date could change due to weather conditions or the need to make last-minute adjustments, as happened with the first launch of Starlink satellites in May. Then, strong winds required SpaceX to delay its launch twice.

Currently, however, the weather forecast for Cape Canaveral on Monda,y November 11 is for warm temperatures with partial clouds and low winds of 14 km/h. Here’s hoping that doesn’t change and the launch goes ahead without any issues.

We’ll be keeping an eye on the weather conditions and news about the status of the launch, so we’ll keep you updated with that and information about how to watch the event live.

If you're an aspiring or even seasoned developer, choosing which programming language or platform to learn next can be a
Read more
News

Streaming services are always offering free trials, but it's not often that we see deals on annual memberships. Hulu's latest
Read more
News

If you're an aspiring or even seasoned developer, choosing which programming language or platform to learn next can be a
Read more

Streaming services are always offering free trials, but it's not often that we see deals on annual memberships. Hulu's latest
Read more

After months of anticipation, Samsung's latest Unpacked event provided us with the brand-new Galaxy Note 20 lineup, along with other
Read more