SATA vs. PCIe: What’s the difference? 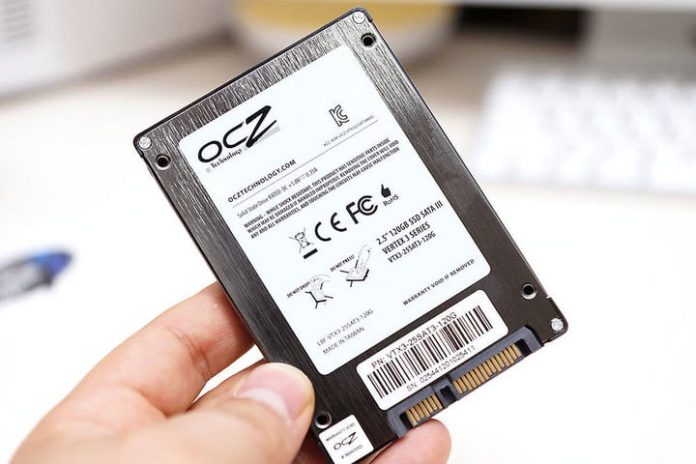 Whether you’re building a media storage drive or a high-end gaming system, or just need a little extra space for family photos, picking the right storage solution for you isn’t always easy. There’s the choice of hard drives or solid state drives, and even among them SATA or PCIe solutions.

While the debate on HDD vs. SSDs is all but answered, the SATA vs. PCIe dispute is as vibrant as ever.

Although SATA and PCIe are most commonly referred to in terms of the drives they support, the technologies themselves are actually the interface medium. SATA is a little L-shaped connector that has been used for connecting drives of all sorts to motherboards for years, including optical drives, as well as hard drives and SSDs. It’s joined by a secondary, longer L-shaped connector which provides power to the device.

SATA hard drives can be found in both 3.5-inch and 2.5-inch sizes, while SATA SSDs are restricted to 2.5-inches. SATA has gone through multiple generations of development, but SATA III is the most common today and is the typical interface for modern hard drives and mainstream SSDs.

PCIe refers to PCI Express, a multifaceted interface on modern motherboards that provides everything from larger sockets for graphics cards, to smaller ports for add-in cards for Wi-Fi, USB ports, and more. It can vary in size and bandwidth from x1 at the smallest and least capable, through to x16 for the largest and greatest available bandwidth.

PCIe SSDs can plug straight in to that, although those ones are technically built on the NVM Express (NVMe) connector, like the Intel 750-series drive above. They tend to be around a third the size of a standard graphics card.

Both SATA and PCIe can also utilize another connector type known as M.2, though PCIe drives of that form are more common. Those drives are far smaller and typically have their own dedicated slot or two on the motherboard.

M.2 drives are typically very thin and only a few inches long, often lying flat against the motherboard and requiring no additional power. However, the fastest of them do ship with heatspreaders and heatsinks to keep them at safe operating temperatures.

Whether your PCIExpress drive uses the M.2 or NVMe connector type, they can support different generations of PCIExpress. The most common is PCIe 3.0, but most recently with AMD’s x570 motherboards, we saw the introduction of PCIe 4.0. The major difference between the two is bandwidth, with PCIe 4.0 offering double the bandwidth (16GBps) which enables faster drives.

Every drive has its own individual performance numbers, but the SATA and PCIe formats have their own performance ceilings too. SATA III drives are almost exclusively limited to a maximum sustained read and/or write speed of 6Gbps, or roughly 550MBps. A SATA hard drive is never going to hit such speeds, but SATA III SSDs, like the excellent Samsung 860 Evo, will have no problem meeting that threshold in synthetic testing.

Note: Few drives will hit such speeds in real world usage, as that is the practical maximum the drive can achieve, and differences in file sizes and composition can impact read and write speeds in practice.

These same speeds apply to M.2 SSDs that utilize the SATA protocol, so watch out for that when buying an M.2 drive. If you want greater speed, you need a PCIe M.2 drive, not a SATA M.2 drive.

There are extreme cases where drives designed with high-speed datacenters in mind offer upwards of 7GBps read and 6GBps sustained write, but those are rare and very expensive.

Other performance metrics that are important to note include random read and write speeds, which are less stark between SATA and PCIE drives. While PCIE drives can have random read/write speeds that are 3-5 times greater than their SATA counterparts, in reality, that tends to only translate to between a two and three times improvement, and even then only in longer transfers. In short transfers, the performance  gap is much thinner.

The effective difference of these drives types, that is how they feel when in use, is much more dependent on what you use your system for. Although a fast NVME or M.2 PCIE drive will load games a couple of seconds quicker, or boot windows a little faster than a SATA SSD, it’s not something you’ll notice a huge difference with. If you regularly transfer large files or large collections of files, it would be far more noticeable.

The jump in real-world performance is far more obvious from a hard drive to an SSD (even SATA to SATA) than it is to go from a SATA SSD to a PCIE SSD.

With their smaller size and greater performance ceiling, PCIE drives are more expensive than their SATA counterparts. It’s not always drastic, with there being only around $30 between the 500GB Samsung 860 Evo SATA SSD, and the 500GB Samsung 970 Evo PCIE M.2 SSD. Some drives can be inordinately expensive though. Intel’s Optane-based 905P 960GB drive can cost more than five times the average 1TB PCIe drive.