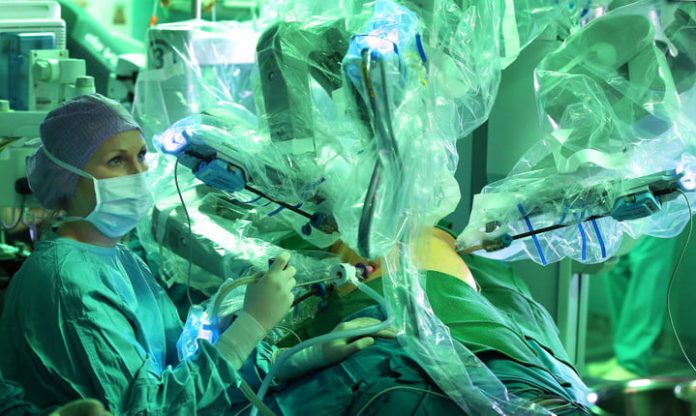 It’s the classic trope of buddy cop movies: you introduce two characters with little in common aside from the job that they do. Maybe one’s old and the other’s young. Maybe one’s black and the other’s white. Maybe one’s a maverick and the other is a stickler for doing things by the book. At first they don’t get along. Perhaps one is new to the precinct and the other fears that they’re being phased out as a result. But, wouldn’t you know it, they turn out to be a great team. The strengths of one are the weaknesses of the other. The police chief might get pissed at their zany antics, but they’re much better friends than they are enemies. Could the same be true of humans and their relationship with robots?

The typical narrative, as cliché as any Lethal Weapon buddy cop movie ripoff, is that robots are here to steal our jobs. Unless you’re one of the people lucky enough to be building or selling the robots, you should view robots as the flashy new rival in town, hovering in the wings to replace you. But while there are certainly jobs that robots will take from humans (hopefully the dirty, dull, and dangerous jobs humans don’t really want), there are plenty of other jobs in which robots working alongside humans could greatly increase human productivity.

In doing so, they won’t just augment our abilities; they’ll make it possible to scale jobs in a way that was unimaginable in the pre-robot age.

Scale is one of the greatest gifts of the digital age. If you’re on the right side of it, at least. While some businesses (social networks, for instance) are more or less new inventions of the digital age, others take pre-digital concepts and then supercharge them with the power of scale. For example, a few years ago a story circulated online about an SAT tutor charging $1,500 for 90 minutes of one-on-one tutoring, via Skype. Even in an age of educational apps and online learning tools, the tutor was able to command a premium due to his ability to both raise test results and offer a personalized service. In this case, the digital world didn’t replace the human in the loop; it gave him a way to share his skills far beyond what would previously have been possible.

Thanks to recent advances in robotics, the robot world is now putting scale within reach of a variety of professions that involve manual dexterity. Recently, researchers at the U.K.’s University of Bristol showcased a new handheld robot which can be used to carry out tasks remotely by guiding a robotic arm in another location. A remote user is able to see what the robot sees and control its movements and other actions. While it can be used entirely manually, it can also be set up to perform certain pre-programmed tasks when the remote expert chooses an object for it to interact with; the same way a manager might delegate certain lower level jobs to more junior members of his or her team. In tests, the assisted mode proved 24% faster at carrying out tasks such as pipe maintenance than when getting the user to carry out the task manually.

“We see applications in maintenance, inspection and manufacturing,” Janis Stolzenwald, Associate Teacher in Robotic Systems, told Digital Trends. “The robot allows for diagnosis and physical interaction. Remote maintenance is of particular interest as, with the growth of technological complexity, there is an increasing demand of expertise for occurring problems. Remote task solving cuts travelling times and allows accessing expert knowledge much more efficiently.”

Stolzenwald thinks the robot system could also be useful as a remote training tool for novice workers. It could enable a physical demonstration of how to solve a task which could then be reproduced by a learner. Think of it as an online course with more physical interaction and real world demonstrations!

Of course, manual tasks which aren’t carried out locally don’t have to be limited to fields like manufacturing or maintenance. Earlier this month a neuroradiologist in Toronto carried out the world’s first robotic brain surgery; using a robot arm to carry out a “robot-assisted aneurysm coiling” procedure on a 64-year-old female patient. What made the operation so exciting isn’t just that it involved a robot. It is the fact that it hints at the possibility of specialist surgeons being able to carry out procedures from a great distance, perhaps supervising a team of other surgeons on site to support.

As Mark Toland, CEO of Corindus, the company which developed the robot used in the procedure, told me: “The goal is that one day physicians will be able to use robotics to remotely treat patients suffering from a stroke, who currently don’t have access to treatment. Access to care for emergent procedures such as stroke is one of, if not the biggest, unmet needs in healthcare today — even in the U.S.”

The future of collaboration

Telepresence robots are increasingly widely used for a variety of applications, whether it’s allowing unwell students to virtually attend classes or for citizen science projects such as guiding a trash pickup robot in the Chicago River. As robotics technology, and related advances in fields like 5G connectivity, continue to develop we’ll see more use of these tools in the professional world. Easy-to-use collaborative robotic systems, allowing human and robot workers to share their skill sets, are just now entering the marketplace.

In doing so, they’re combining the benefits of robots (high accuracy levels, speed and repeatability of tasks) with the benefits of human experts (flexibility and cognitive skills). As a result, roles which once required travel for physical proximity can increasingly be carried out across vast distances; allowing new kinds of expertise to be distributed in a way that it hasn’t before.

As much as artificial intelligence has experienced breakthroughs in recent years, there are still plenty of areas in which it cannot safely be deployed. The development of fully autonomous robots which are dexterous, agile, able to avoid obstacles and — crucially — can be trusted to perform activities like surgery are still years away. Until we reach that point, humans will still be needed to carry out a variety of tasks. Thanks to remote robotics technology, humans will be able to work alongside machines to guide them.

This is the vision of the cyborg as it was originally imagined in the 1960s: not a scary man-machine monster like Darth Vader or The Terminator, but a melding of human and machine intelligence that will stretch human perception and capabilities beyond the natural. It’s certainly a balance that will shift as technology continues to advance. But, for now at least, it’s a very exciting time to be a human. Or a person who relies on human experts.

The next frontier of robotics is on the way — and collaboration is the name of the game. Who’s with me?

Facebook
Twitter
Pinterest
WhatsApp
Previous articleGoogle Pixel 3a vs. Pixel 3: Which should you buy?
Next articleWhere do emojis come from? How the firecracker exploded onto emoji keyboards
- Advertisment -