Home News Qualities of Top Android App Developers That Will Make an App a...
News 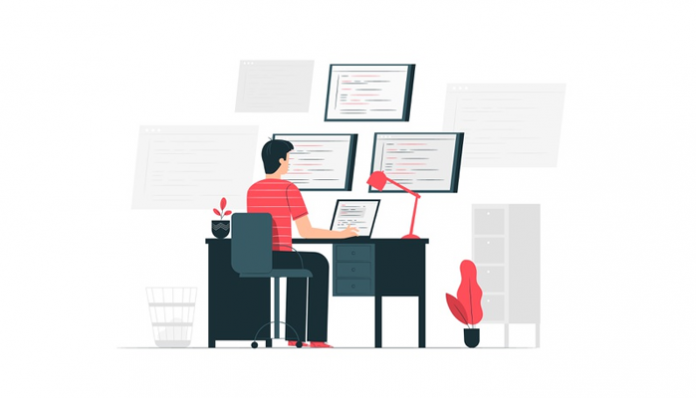 More than half of the population is using mobile phones these days. Therefore, every business requires to have an online presence. As per the recent statistics of April 2019, the global mobile population hits to 4 billion unique users and as of February 2019, 48 percent of web pages views are recorded from mobile devices.

With the ever-growing popularity of mobile phones, the app market is on the boom, making the number of software developer jobs grow progressively. There are 2.2 million apps in the Apple App Store and 2.8 million apps available on the Google Play store. Every day approximately 6000 apps are released on each App stores.

All these stats combined are indicating that business houses need a mobile app to increase and retain their customer base. First of all, businesses need to find out which operating system will work best for their targeted audience

In this article, we will tell you the top qualities that an Android app developer should have. This list has been thoroughly researched with the help of data collected from top android app development companies.

List of Qualities That a Top Android App Developer Require

1. Knowledge of Java And Kotlin

There are several languages in the market to learn. But the top android app developers should be well-versed with Java and Kotlin. Recently, Google announced that Kotlin would be the first preferred language for Android development.

Native android development needs Java for an integrated development environment. Android app developer should know a few of the complex Java syntax and its programming syntaxes as well.

Although Kotlin has overtaken Java in the android app development, its standard library is dependent on the Java Class Library. In addition, Kotlin is created to interoperate fully with Java.

To hire the best app developer, Android app development company make sure that developer should be updated with the latest programming languages.

2. The Requirement of UX/UI Skills

3. Ability to Cooperate With the Whole Team

Mobile app development is a hectic process, and it requires full cooperation and bonding between the whole team. App developers are generally found to be a good team player. To make the app successful in the market, a hundred percent effort is required from the whole team.

On the other hand, android app developers should also be efficient to tackle most of the issues by themselves. They should not be dependent on others every time.

Understanding the client needs is necessary for an app development company or an independent app developer. Developer should firstly understand the needs of their clients. Taking regular feedback from the client is very necessary. Before proceeding to the next step, it is advisable to take the idea from the client.

The mobile app market is growing at a rapid pace. Every tech company is focusing on innovation. Big players like Facebook, Google, and Apple, all are trying to develop better cross-platform solutions.

There are many cross-platform development engines available in the market. Nowadays, a single app is using for both the operating system; therefore, a top android developer should know cross-platform solutions.

Being an Android developer, you will come across the situation where you would like to interact with many other services such as letting the users access a calendar from a third-party service. Most of the app development companies will provide APIs. It is quite easy to integrate with any existing API. Google also provides its own APIs from the Android app.

You may have heard of malware attacks on various apps available in the Google Play Store. Awareness of cybersecurity is a must-have skill for every app developers and not just only for android developers.

Android app developers should know how to protect the app from malware attacks. App developer works do not stop just after creating an awesome app, an app should be fully protected and secured. Especially in the case of mobile banking apps where security the prime concern, this skill set helps the developer to stay atop from other. Developers will have an upper hand if they have experience in data encryption.

Read more on this Android Hiring Guide, which includes some key concepts that every developer should know.

“All of the top achievers I know are life-longer. Looking for new skills, insights, and ideas. If they are not learning, they are not growing and not moving towards excellence.”

Apart from the above-mentioned qualities, every top android app developer needs to have the zeal to learn.

Author Bio:- Twinkle is the product head of MobileAppDaily and keeps a close eye on the latest and trending tech releases. With her wise taste of the tech industry, she has single-handedly created recognizable brand image.