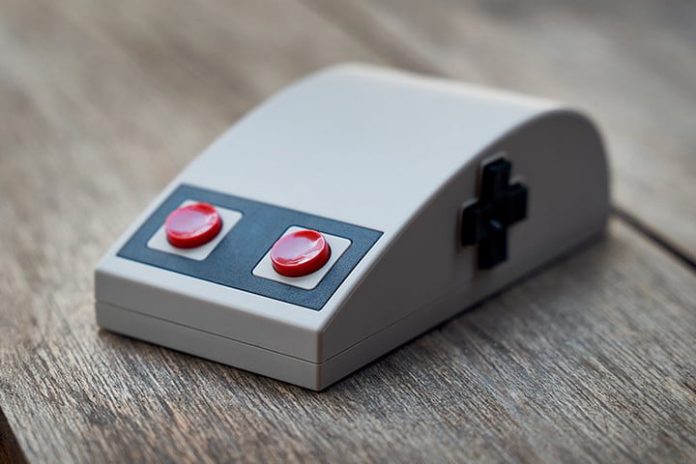 There was something undeniably appealing about the design of the Nintendo Entertainment System, from its lunchbox-like shape to its lifting dust cover protecting the cartridge slot. If you need a little more of that sort of elegant simplicity in your life, 8BitDo has you covered with its latest N30 wireless mouse.

Designed to mimic the look of the original NES controller, the 8BitDo N30 mouse features left and right mouse buttons almost identical to the “A” and “B” buttons of the controller, but its design doesn’t stop its homage there. On the side is a directional pad that can be used to go forward and upward, and quickly scroll up or down on a web page.

There is a 3D touch panel included in between the top buttons as well, and its sleek design makes it easy to fit in a bag if you’re taking it on the go. It also uses a 2.4G receiver, so you can use it on devices that don’t support Bluetooth, and one AA battery should last between 100 and 120 hours.

The design of the N30 also bears some resemblance to the mouse that came bundled with Mario Paint on the SNES — it was necessary for some of the fine-tuning you would have to do to your artwork in that game, and we have our fingers crossed that an SNES-style mouse is coming, too.

8BitDo is in the business of creating peripherals and accessories for a variety of systems, often paying homage to an existing or classic product. Its M30 controller can be used with the Genesis Mini and Nintendo Switch, and replicates the look of the six-button Genesis controller while also including turbo functionality.

Other controllers are modeled after systems like the Super NES, the Nintendo Switch Lite, the Wii, and even the GameCube. Their functionality varies depending on the model you choose, but they offer a great alternative to first-party controllers, especially if you are focused on a particular type of game. The company also makes conversion kits to turn your older controllers into wireless models, which should come in handy for homes with larger living room setups.

Facebook
Twitter
Pinterest
WhatsApp
Previous articleThe Apple Card is being investigated for sexism. Here’s Goldman Sachs’ response
Next articleBe prepared with these links to all the Disney+ apps we could find!
- Advertisment -