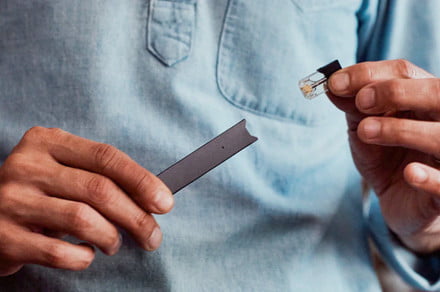 Adding on to the extensive list of lawsuits, New York Attorney General Letitia James announced she would sue vape giant Juul for “deceptive and misleading marketing of its e-cigarettes.”

James announced the lawsuit on Tuesday, saying that Juul’s marketing techniques contributed to youth vaping in New York. The lawsuit alleges that Juul illegally sold its vaping products to underage smokers by using its website and third-party retail stores, and that the company’s advertising campaign does not mention that its products contain nicotine.

“There can be no doubt that Juul’s aggressive advertising has significantly contributed to the public health crisis that has left youth in New York and across the country addicted to its products,” James said in the announcement. “By glamorizing vaping, while at the same time downplaying the nicotine found in vaping products, Juul is putting countless New Yorkers at risk. I am prepared to use every legal tool in our arsenal to protect the health and safety of our youth.”

The lawsuit also alleges that in 2017, a Juul representative told students at a New York City high school that its vaping products were safer than traditional cigarettes.

“After the assembly, one student approached the Juul representative and asked what to do about a friend addicted to nicotine. The representative responded that Juul’s products are a ‘safer alternative than smoking cigarettes and it would be better for that kid to use Juul,” the lawsuit says.

Juul has been at the forefront of the vaping controversy and already has many lawsuits and investigations against the company.

The Federal Trade Commission (FTC) started an investigation against Juul in August. Along with the FTC, state attorneys general are looking into whether Juul targets minors with its marketing and flavored e-cigarettes. The Food and Drug Administration (FDA) and federal authorities are also conducting separate investigations into the company.

New York is just one of many states that have made bans to flavored vaping products amid health concerns from vaping related illnesses and deaths. Massachusetts, Michigan, and California also have similar bans. President Donald Trump has also said that he wants to ban flavored e-cigarettes nationwide and issue new regulatory guidance on vapes.

Digital Trends reached out to Juul to comment on the new lawsuit, and a spokesperson said they are cooperating with all lawsuits and investigations.

“While we have not yet reviewed the complaint, we remain focused on resetting the vapor category in the U.S. and earning the trust of society by working cooperatively with attorneys general, regulators, public health officials, and other stakeholders to combat underage use and convert adult smokers from combustible cigarettes,” the Juul spokesperson told us. “As part of that process, we recently stopped accepting orders for our Mint JUULpods in the U.S., suspended all broadcast, print, and digital product advertising in the U.S. and are investing in scientific research to ensure the quality of our FDA Premarket Tobacco Product Application (PMTA) application and expanding our commitment to develop new technology to reduce youth use. Our customer base is the world’s 1 billion adult smokers and we do not intend to attract underage users.”