Samsung says the update will be rolled out region-by-region, starting today. On the other hand, the Samsung Galaxy Watch, which has a physical rotating bezel, is receiving a few other features from the Galaxy Watch Active 2. These include lap time tracking for running and cycling, data sync support via NFC for Technogym workout equipment, improvements to the always-on display while charging or when power saver mode is enabled, low heart rate alert, and a few changes to the Samsung Health app.

Additionally, the update brings a newer version of Bixby that was rolled out for the Galaxy Watch Active a few months back. Some of the new capabilities that the latest Bixby version brings to the table include the ability to start exercise routines, control your SmartThings ecosystem, find out the time difference between places, and more.

Both the Galaxy Watch and Galaxy Watch Active are also getting the My Style feature with the update. The feature lets users create custom watch faces that match their outfit, after taking a picture with their phone. The Galaxy Watch Active 2 is one of Samsung’s most impressive smartwatches yet. It boasts a beautiful yet durable design, impressive battery life, built-in GPS, intuitive capacitive touch bezel, and automatic tracking for seven exercises. 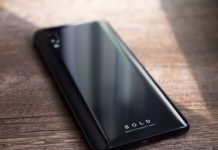