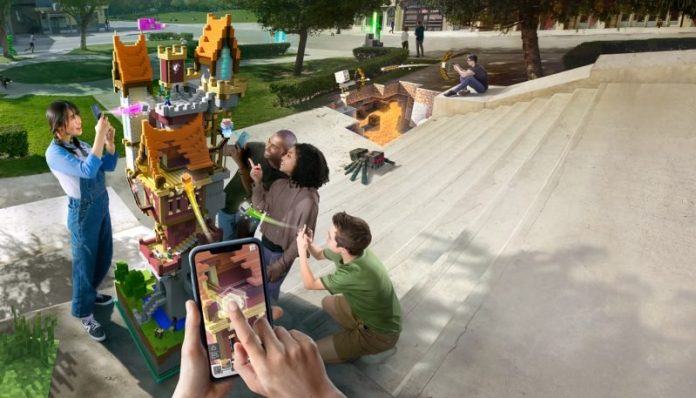 Microsoft has been testing Minecraft Earth in other countries like the UK, Australia, Canada, Iceland, Mexico, New Zealand, Philippines, Sweden and South Korea, but now it is also available in an early access capacity in the U.S.

Gamers will be able to add a buildplate. creating an interactive Minecraft diorama. Tappables, which unlock in-game materials, will be able to be found in the real world, such as on a walk, and resources can be used for crafting and smelting. There are also monsters to encounter and other discoveries to make.

Multiple players can team up with one another to create structures together, and in adventure mode, there’s an option to battle against hostile mobs to survive.

The app can be downloaded for free from the App Store, though it is a freemium title and “Minecoins” can be purchased in app.