Kickstarter’s new budget tool could save projects from collapse 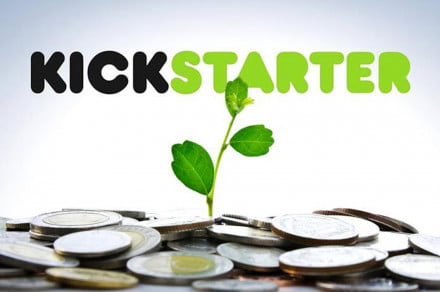 Kickstarter has come up with a new tool designed to help creators work out their budget more effectively, and also enable them to be more transparent with those who back their ideas.

With some projects collapsing due to a lack of financial planning, the tool, called Project Budget, can provide valuable assistance to creators in the important early stages of their work.

“Project Budget is essentially a budgeting spreadsheet that’s available from the Funding tab in the project editor,” Kickstarter’s Meg Helm said in a post announcing the new feature. “Creators can use it to map out the cost of their entire project, from prototyping and R&D to packaging and shipping.”

While some creators already lay out in great detail exactly how they intend to execute a project, the new tool aims to encourage creators who might not ordinarily offer such information to do so.

Project Budget has some similarities to the Funding Calculator that Kickstarter launched in August, but the company describes the latest tool as “much more robust.”

And unlike the Funding Calculator, Project Budget’s custom graph showing estimated costs can be easily shared with potential patrons, which could be what it takes to turn someone from being merely interested in a project into a vital, cash-giving backer.

Helm said the new tool will help to remind creators “of important expenses they may not have considered, such as the cost of paying themselves and team members.”

She added: “We hope that this feature will give backers a sense of where their pledges are going, and how much it actually costs to bring an idea to life.”

The new feature will be available first for projects in the Design and Technology categories, with additional sections added in the near future.

The Cost To Create

Project Budget is part of a suite of Kickstarter tools and content called The Cost To Create, which focuses on the funding needed to turn an idea into something real.

The company said it’s also looking to build a tool that allows creators to share with backers how they’re spending their funds during the “making” phase of their campaign, which, depending on how a particular project proceeds, may be different from the creator’s initial forecasts during the planning stages.

As a backer, there’s always an element of risk when you cough up cash for a crowdfunding project, but hopefully Kickstarter’s new tool can help a campaign meet its goals as outlined in the original pitch.

For a look at some awesome tech projects currently running on Kickstarter and similar sites, be sure to drop by Digital Trends’ popular and regularly updated Awesome Tech You Can’t Buy Yet feature.