Kamala Khan will reassemble the Avengers on PS4 Play as your favorite Marvel heroes and save the world from horrific evil.

The Marvel Cinematic Universe brought to life our favorite comic book heroes like never before. Due to its success, we’ve seen the team grace nearly every form of media recently. Square Enix and Crystal Dynamics, along with several other studios lending a hand, were tasked with creating a new video game to do the Earth’s Mightiest Heroes justice. What is Marvel’s Avengers?

It’s unclear whether Marvel’s Avengers will be open world or have linear levels, but whatever the case, it’s an action/adventure game that throws us into the roles of our favorite team of superheroes. It combines a story campaign—that can be played either in single-player or with up to four friends— and thrilling gameplay to make for an experience Marvel fans hopefully won’t forget.

Our Avengers team will be comprised of Captain America, Iron Man, Thor, Hulk, Black Widow, and Ms. Marvel (Kamala Khan). If they look or act a bit different than what you’re used to, that’s because they don’t feature the likenesses of the MCU actors from the films and they are Crystal Dynamics’ own interpretation of these iconic characters. More characters will be added post-release, all of which will be free to players. The trailer also shows Hank Pym at one point shrinking a large enemy tank, so we can expect our team to meet a few friendly faces along the way.

As for our villains, we don’t know who will be taking that distinction of big bad yet, but they’re likely behind AIM, the corporation that takes over the role of Earth’s heroes after the Avengers are disbanded. As for smaller villains, we do get a glimpse of Taskmaster in its gameplay reveal. Many of the enemies the Avengers are seen fighting in the trailer are generic military-type thugs. Or as Thor calls them, “small angry men with guns.” There’s obviously a larger threat looming, but it’s unclear what, or who, that threat is.

The obvious absence in all of this? Hawkeye, once again. Press F to pay respects. This is not an adapted story from any comic book storyline or film. It’s entirely original. Marvel’s Avengers begins with the team setting up a headquarters on the West Coast in San Francisco. On the day they are planning to unveil it, dubbed A-Day, a series of tragic events kick off that shift society’s views on superheroes. The Golden Gate Bridge along with the Avenger’s own helicarrier, powered by an experimental energy source, come under attack and explode in an attempt to steal it, seemingly killing Captain America—and the explosion is blamed on the Avengers themselves.

Fast forward five years, and the Avengers have disbanded after society deemed them dangerous murderers. An organization called Advanced Idea Mechanics (AIM) takes their place and pledges to protect the world. However, there appears to be a conspiracy at the center of it all, and Kamala Khan attempts to reassemble Earth’s Mightiest Heroes must reassemble to save the world.

Marvel promises that it will have the authentic heroism and humanity that you’ve come to expect from a Marvel story.

Our first look at the gameplay for Avengers features this pre-alpha build of the Incredible Hulk having some fun. Square Enix has confirmed that it will be an action/adventure game that supports both single-player and cooperative play.

Because of this online aspect, new content will be released on a regular basis over multiple years. People will be able to assemble into teams of up to four players online, and customize a “growing roster of characters.” These characters will have their own skill trees, gear, and you’ll be able to customize them for either ranged or melee combat.

Everything you earn, wherever you do it, is feeding into that character progression. In an online context you can replay missions but you can also just take on new objectives. It’s kind of the sense that there is play-once content and content that is fun to replay together as a group as well.

If you choose to play with a group of friends, you’ll all have to play as different characters. You can’t have two Iron Mans on one team, for example. Certain online levels will cater towards a particular hero’s playstyle, but they can be completed by any character. In the story campaign, however, you won’t get a choice of what hero you play as. 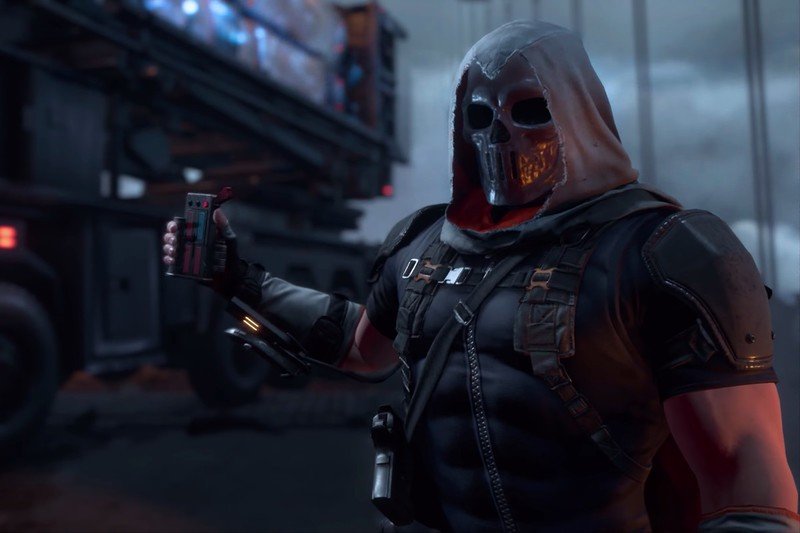 Players will also be able to take on endgame content together. “It is important that what you’re earning through these stories and these objectives all are feeding into taking on bigger threats, and co-op challenges as well,” Creative Director Noah Hughes told Mashable. “One of our assumptions is that you can play the entire campaign single player but that some of the higher end content, once you’re all leveled up, might be specific to challenging four players to work best together.”

Marvel’s Avengers isn’t open world, but it will have various regions that you can go out and explore as the Avengers set out on missions from the main hub area.

Marvel’s Avengers Will it be connected Spider-Man on PS4?

Fans have been quick to point out that Peter Parker comments in Spider-Man on PS4 that the Avengers are never around Avengers Tower anymore, and that they must be busy “on the West Coast.” This is interesting as Marvel’s Avengers starts with the team attempting to set up a new West Coast facility in San Francisco. When asked whether the two games were connected, Marvel’s Bill Rosemann gave a bit of a non-answer to IGN.

“Last time we were here, a year ago, discussing Spider-Man, the roof caught on fire,” he said. “And if I was to comment on that character now, I think the roof would fall on my head! So I will just say, right now we’re just focused on creating the best Avengers game.” Everyone who pre-orders will get access to its beta whenever it’s available, but those who pre-order on PlayStation 4 get 7-day early access to the beta before it comes to other platforms. PS4 users will also get “unique benefits” that will be revealed in the future. People are already speculating that these bonuses may be cosmetic items, but Square Enix is staying tight-lipped right now.

Do you hate loot boxes like everyone else on this planet? You’ll be glad to hear that Marvel’s Avengers will feature “no random loot boxes or play-to-win scenarios.” This was confirmed on Square Enix’s E3 2019 press conference stage.

If the publisher happens to go back on that promise, you can point them to their own quote.

Marvel’s Avengers When can I play it?

Marvel’s Avengers is set to launch on May 15, 2020, for PlayStation 4, Xbox One, Stadia, and PC. You can pre-order it today for beta access.

Facebook
Twitter
Pinterest
WhatsApp
Previous articleU.S. antitrust probe into Google may expand to Android and Google Search
Next articleDisney Plus Pricing, Bundles & Deals: How to get a free year

In this time when remote work is the norm, it can be a real challenge to manage your workers as
Read more
News