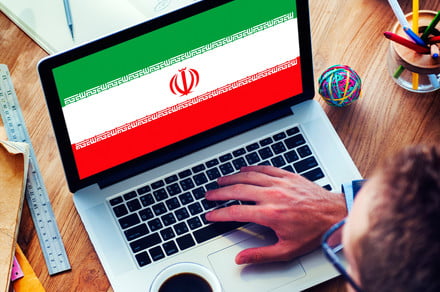 Iran has shut down its internet.

In a bid to quell growing protests across the country over a sudden hike in gasoline prices three days ago, the Iranian government has severely restricted the nation’s online services.

The blackout appears to be part of efforts to prevent people from organizing protests and disseminating news of the unrest. Oracle’s Internet Intelligence, which analyzes the connectivity of networks and service providers around the world, has described it as “the largest internet shutdown ever observed in Iran.”

Internet in Iran almost entirely offline as of 16:45 UTC on 16-Nov. Blackout was in response to widespread protests to gas price increase.

This blackout has lasted 16hrs so far and is the largest internet shutdown ever observed in Iran.

The unrest was sparked by a major fuel price hike announced by the government on Friday, and comes as Iran experiences deteriorating economic conditions amid renewed sanctions imposed on it by the U.S government soon after Washington pulled out of the Iran nuclear deal in 2018.

Images posted on social media prior to the internet shutdown showed buildings such as banks, petrol stations, and government premises in Iran set on fire by protesters, CNN reported.

“This outage is notable”

Internet Intelligence said in a report on its website: “While Iran is no stranger to government-directed interference in its citizens’ access to the internet, this outage is notable in how it differs from past events.”

It said that while in the past Iran used bandwidth throttling to slow the internet, while at the same time blocking sites such as Facebook and Twitter, this time around the nation’s internet is experiencing “a multi-day wholesale disconnection for much of its population — arguably the largest such event ever for Iran.”

In comments reported by Newsweek, Iranian Information and Communications Technology Minister Mohammad-Javad Azari Jahromi told the Khabar Online news site that “people are upset” over the disruption to the internet, while at the same time denying that an Iran-only “internal internet” was being built to replace global internet access. Jahromi added that his government is restricting internet access in a bid to preserve national security.

Iranian government officials have confirmed that a number of protesters have been killed during the unrest, which the nation’s Supreme Leader Ayatollah Ali Khamenei has blamed on outside forces.

There’s no indication of when Iran will ease the current restrictions on its internet services. Much will depend on how the protests develop, and only when the government feels it’s on top of the situation will it consider returning online services to how they were prior to the shutdown.