Home News Hubble captures a peculiar galaxy pulled out of shape by a nearby...
News 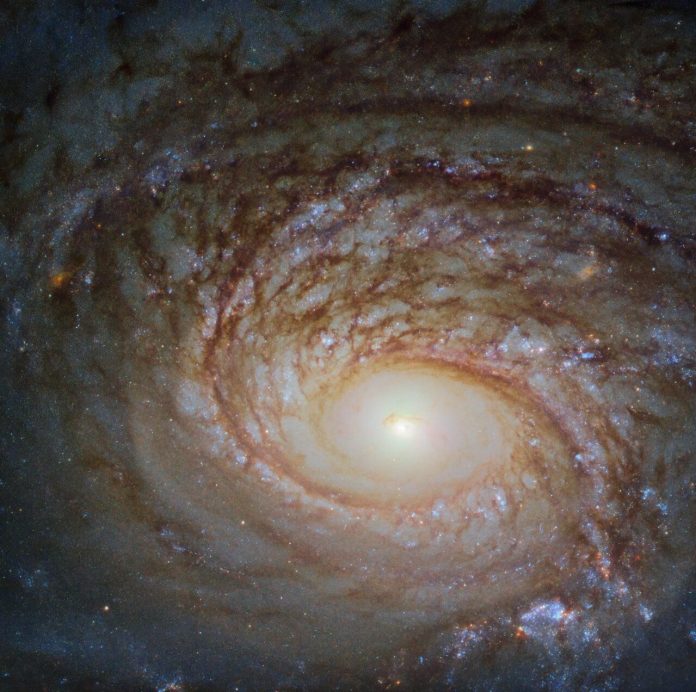 This elegant image was captured by the Hubble Space Telescope, showing a galaxy called NGC 772 which is located 130 million light-years away in the constellation Aries.

NGC 772 has some distinctive features. One immediately noticeable difference between NGC 772 and our home galaxy is that it does not have a bar, unlike the Milky Way which is a barred galaxy. Bars are bands of bright light caused by structures of dust and gas which run along the center of galaxies. Astronomers believe these bars typically develop later in the lifetime of most galaxies, and between one-third and two-thirds of all galaxies are thought to have bars.

In the Milky Way and other barred galaxies, bars contribute to star formation by funneling the dust and gases which are the building blocks of stars into the galactic core. In a non-barred galaxy like NGC 772, this mechanism is missing, although there is still plenty of dust and gas floating around for the forming of new stars in other regions of the galaxy.

NGC 772 is also an unusual elongated shape, which means it is technically classified as a “peculiar galaxy.” The peculiarity, in this case, is the spiral arm in the upper portion of the image, which has been stretched and extended. The distortion is caused by the movements of a nearby satellite galaxy, which is a term for a smaller galaxy that is gravitationally bound to a larger galaxy and which orbits around it.

One of NGC 772’s satellite galaxies is called NGC 770, which isn’t visible in the image but does have a visible impact. NGC 770 exerts tidal forces on its larger host galaxy, pulling the one spiral arm out deeper into space. That’s why NGC 772 appears asymmetrical.

A weekend tease heralds a Monday surprise.What you need to knowGoogle may be launching new Nest hardware this week.A tweet
Read more
News

The best UV sanitizers for your smartphone

Because it's critical to keep your phone clean, we round up the best UV sanitizers to zap smartphone germs.
Read more
News

The best UV sanitizers for your smartphone

Because it's critical to keep your phone clean, we round up the best UV sanitizers to zap smartphone germs.
Read more

Here are the best digital photo frames in 2020

Digital photo frames were once pretty hot items but they sort of fell off the map — until now. The
Read more