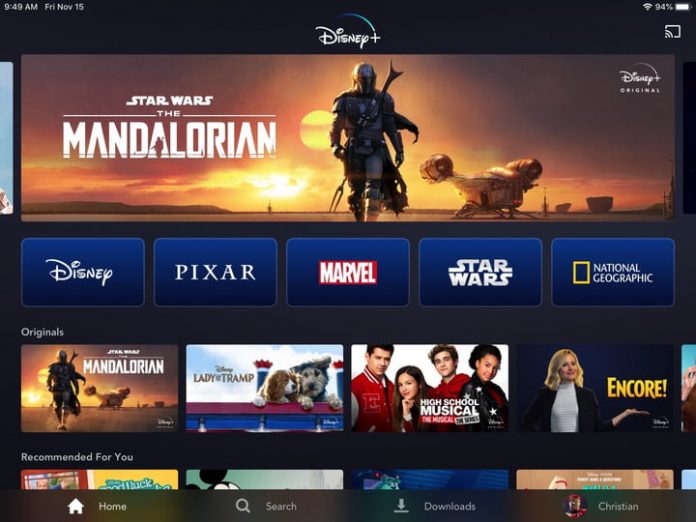 After years of hype and waiting, Disney+ is finally here. The streaming video service had its debut on November 12 and despite a rocky start, filled with glitches and content criticisms, Disney claims that more than 10 million accounts have been created so far. But that number could be bigger. It turns out that even though Disney+ supports an enormous number of streaming devices and smart TVs, one big player has been left without a Disney+ app: Vizio — and its customers aren’t taking the news well.

A 2019 M Quantum can't even ChromeCast. Seriously? It's not like Disney+ just popped up overnight… we've known about it for months and months and months. Surely you guys were aware and would have done testing beforehand right? Taking this TV back to Best Buy for a TCL!

How and why the No. 2 seller of TVs in the U.S. was left at the alter by Mickey Mouse is unknown, but the bottom line for owners of Vizio’s SmartCast TVs is that there’s currently no Disney+ app, and therefore no easy way to watch the streaming service.

Worse yet, Vizio confirmed that you can’t use the company’s SmartCast feature (essentially Chromecast) either, which would normally be the Plan B in the event that a native app for these TVs can’t be downloaded. Still, there remains one way to get Disney+ on a Vizio TV, but it will only be an option if you own a newer Vizio model equipped with Apple’s AirPlay 2 — and if you own an iOS device like an iPhone or iPad or a Mac.

How to play Disney+ via AirPlay 2

First, make sure you own a Vizio TV that supports AirPlay 2. If you bought your TV at any time during the last three years, odds are good it does, but here’s the official list of models.
Download and install the Disney+ app on an iOS device if you haven’t done so already.
Open the Disney+ app and sign in if it asks. Right on the home screen, you’ll likely see a Cast button. Ignore it for now as it won’t work with your Vizio TV.
Not seeing an AirPlay button? Neither did we. Apparently you can’t initiate AirPlay from the home screen.
Select a movie or show to watch and start watching it on your device. Hit pause as soon as it starts.
You should now see both a Cast button and an AirPlay button in the top-right corner.
Tap the AirPlay button to bring up the list of available AirPlay 2 devices on your home network. Your Vizio Smart TV should be among the available options.
Select it, and you should be good to go.

We haven’t fully tested this solution yet, so there could be some bumps in the road. If for some reason this process doesn’t work, you may have to remain patient while Vizio and Disney+ sort out the question of the missing app and casting feature. That’s going to happen sometime in 2020, but no date has been announced.