Google Search can now teach you how to pronounce tricky words 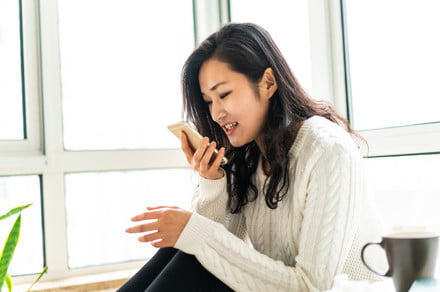 If you sometimes find yourself happening upon a word you’ve no idea how to pronounce, a new feature announced by Google this week is here to help.

Baked right into its Search tool, all you do is type in, “Pronounce [word],” and then hit Go. At the top of the results, you’ll see a little box with the word spelled out phonetically, and bold type indicating where to place the stress.

As with Google’s word definitions, you’ll also see a little speaker icon, which, when you tap on it, plays an audio clip of someone saying the word so you can hear exactly how to pronounce it.

But here’s the clever part. If you tap on the “practice” button and speak the word into your microphone, Google’s speech recognition and machine learning software will assess your effort and respond immediately with some tips if it needs improvement.

“Studies have shown that practicing how to say a word can be helpful for remembering it, especially when you’re learning a new language,” Google’s Tal Snir wrote in a blog post announcing the new feature. “Previously, when you searched for things like ‘how to pronounce quokka,’ you could play audio and hear the word. With the new pronunciation feature, you’ll be able to also practice saying ‘quokka’ into your phone’s microphone and receive feedback on what, if anything, can be adjusted in your pronunciation.”

Additional help is offered via a slow mode to ensure you don’t get your tongue in a twist, and an animation showing you how to move you mouth and lips when saying the word, though the jury is still out on the effectiveness of the latter.

“Advances in speech recognition and machine learning can improve the way we learn about languages,” Snir wrote in his post. “We hope these new features give you a creative, more effective way to practice, visualize and remember new words. We plan to expand these features to more languages, accents, and regions in the future.

The new pronunciation tool comes just a few days after Google announced a new feature for Maps that lets travelers tap on a button to have the name of a hotel, landmark, or other place read out in the local language.