Now that Disney Plus is out in the wild for US, Canadian, and Netherlands residents, is it worth the $6.99 a month price? Our Disney Plus first impressions show that it is a huge treasure trove of classic Disney content. There’s plenty for Marvel and Star Wars fans to like, too.

Here’s a quick first look at Disney Plus, which is based on a few hours of watching movies and TV shows on the service. We used the browser version, along with the Android and Roku apps.

We are aware that for now, some Disney Plus users are currently experiencing login and streaming issues. This was expected, but hopefully these launch day issues will be fixed later today. We will update this post when we have more information.

If you are not a Disney fan, Disney Plus is not going to be your cup of tea. However, if you are, there’s a ton of content to dive into. Yes, that includes the very first Mickey Mouse short film, Steamboat Willie, which was released way back in 1928. In between, you can stream tons of classic and current Disney animated feature films and shorts, live-action films, and shows. A large majority of the Marvel Cinematic Universe movies are available. Nearly all of the Star Wars and Pixar movies can be streamed. If you love documentaries, there’s also a host of National Geographic movies and series to stream as well.

One thing we will mention is that there are a few movies and TV shows from 20th Century Fox on Disney Plus. That’s due to Disney buying the library of TV shows and movies from that studio in 2018. You can stream the entire library of episodes from The Simpsons, for instance. It also has a few family-friendly movies from Fox, like The Sound of Music and Avatar. We wish Disney Plus had more Fox content — the Ice Age movies would be a perfect fit. Marvel fans would love to see the X-Men and Fantastic Four movies on Disney Plus, too.

See also: Disney Plus vs Netflix: Which should you choose?

The exclusive new content is understandably going to be sparse at first. The shows are also geared mostly for a younger audience. Only the Star Wars series The Mandalorian targets an older demographic. One criticism of Disney Plus at this stage is there is not enough content that will appeal to a more mature audience. We know that’s part of the design of Disney Plus, but we think there’s some wiggle room to add more movies and shows for older audiences, particularly from the Fox library.

The UI of Disney Plus is very clean, with colorful images serving as menu and content selections for the Roku and web-based apps. We like the fact that the search page also includes “collections” of various Disney Plus content. Hopefully these will be useful for subscribers who want to dive into, say, all the Toy Story content on the service immediately. You can also just click on top to check out all of the movies and shows at once. 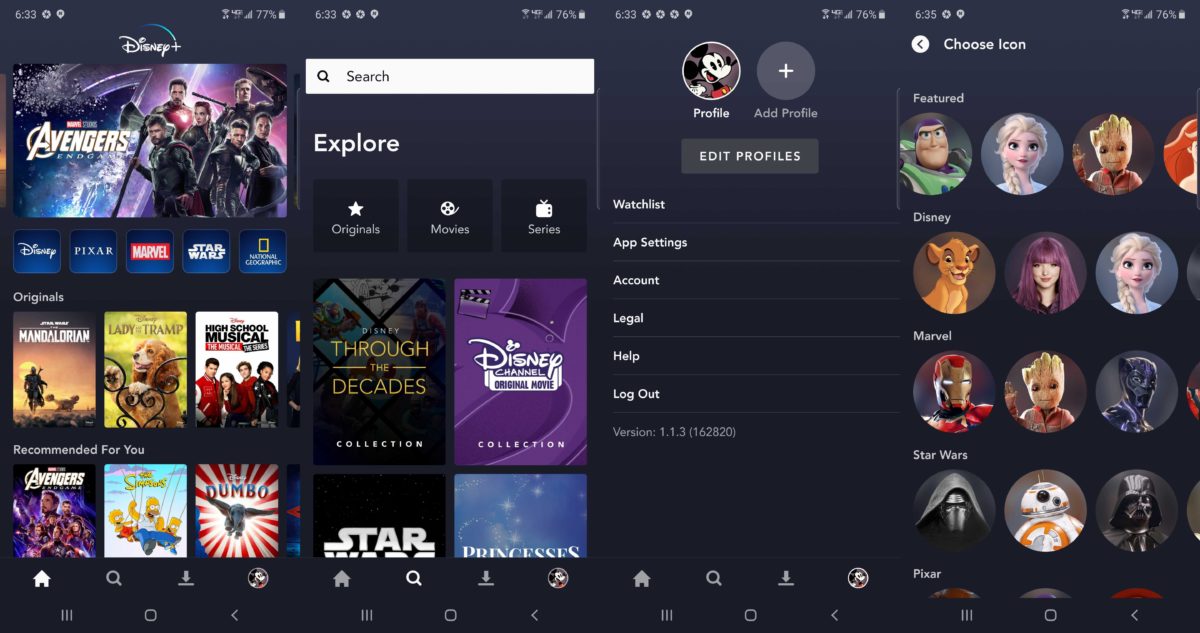 The Android app has a similar UI, with a couple of differences. One is that you can download movies and shows to your device. There’s an icon at the bottom that shows which Disney Plus content you have downloaded. You can change the download video quality settings to standard, medium, or high. Obviously, the higher the quality, the more storage space it will take up on your device. Of course, you can set up your own profile, with a ton of great icons available to choose from the vast Disney library of characters.

Other Disney Plus features 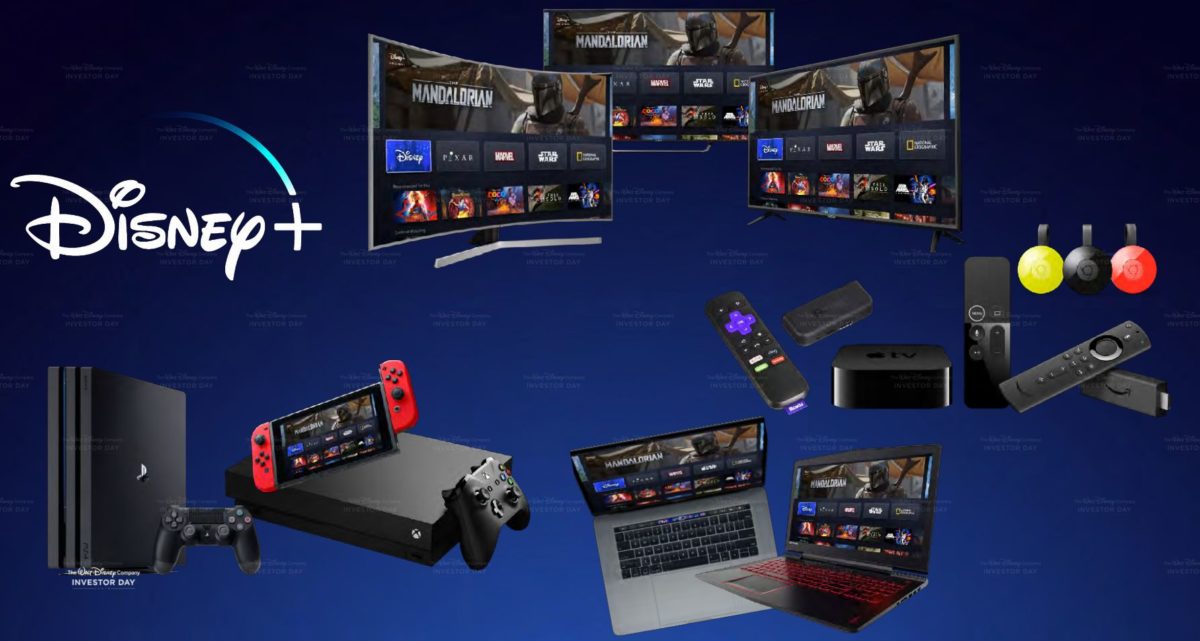 We love the fact that there is a wide variety of platforms available for Disney Plus at launch. That includes game consoles like the Xbox One and the PlayStation 4 (although, sadly, not the Nintendo Switch). One word of warning: We have seen some reports that Disney Plus won’t work on the Chrome browser with Chromebooks.

We like that Disney Plus supports 4K resolution and HDR for a number of its movies and shows. That includes its Marvel movies, and, for the first time ever, the classic and prequel Star Wars film trilogies. We also like that the service has a variety of audio and subtitles for its content. You will need download speeds of at least 25Mbps for 4K content and 5Mbps for 1080p streaming

Overall, our Disney Plus first impressions are quite positive. If you are the audience for this kind of content, we think it will be well worth your $6.99 a month. Of course, there are ways to also get Disney Plus for free. We wish it was available in more parts of the world at launch. However, we also know that there are licensing issues that unfortunately have to be dealt with before Disney Plus expands to more territories.

Next: The full list of Disney Plus movies and TV shows

If you have tried out the service, what are your Disney Plus first impressions? Do you like it, or is it not for you? 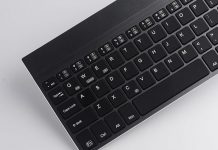 These Gotek wireless keyboards are on sale today 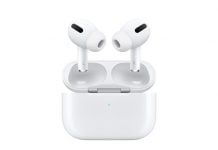 A credit card is a smarter option to use for daily...