Can the US carriers solve Android messaging? We’re answering your questions 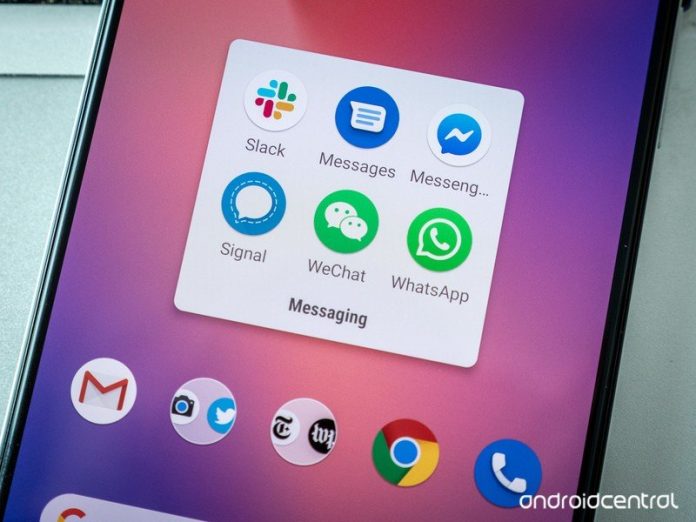 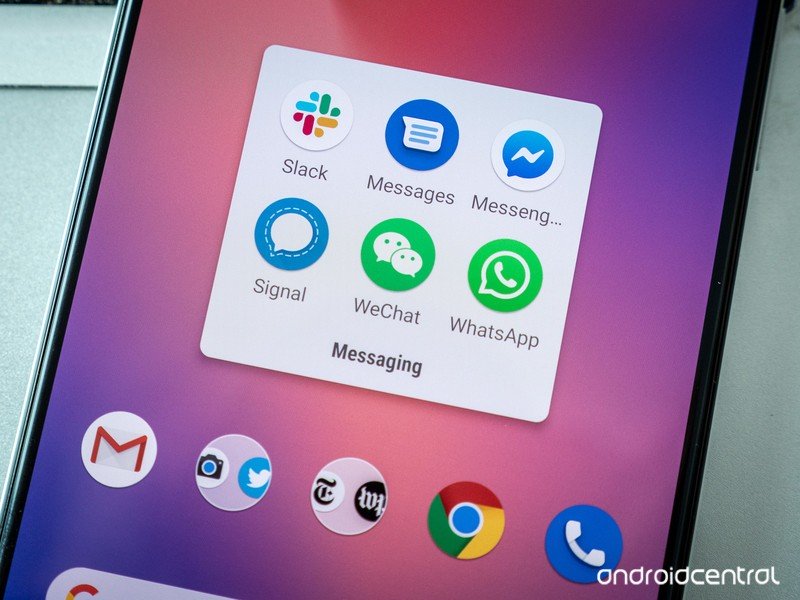 Here’s how the carriers plan to “fix” RCS for U.S. wireless customers.

There’s a lot to talk about when it comes to what RCS can bring to Android messaging and it can get confusing. Don’t worry, though, we have you covered.

In short, RCS provides the text messaging framework for the features that people have come to expect from mobile messaging apps like iMessage, Facebook Messenger, WhatsApp and so many others. Recently, The big four U.S. carriers announced a joint venture to bring these features to Android with CCMI or the Cross Carrier Messaging Initiative.

Features like read receipts and larger attachments are some of the biggest improvements over traditional SMS and MMS messaging. There are still a ton of questions about how this will work and we’ve compiled a list of some of the big ones to clear up the confusion.

Dive deeper: What is RCS messaging, and why is it important to Android?

What is the CCMI and how does it relate to RCS?

Rich Communication Service, or RCS, is the basis for the Cross Carrier Messaging Initiative, or CCMI. CCMI is RCS, but it is controlled and implemented by carriers and should enable cross compatibility on all major U.S. carriers on any capable Android phone.

According to the press release, the carriers are using the implementation of RCS called Universal Profile which, as the name suggests, allows any carrier or software provider that opts in (like Google) the ability to talk to any other phone also using Universal Profile.

CCMI is a joint venture between AT&T, Sprint, T-Mobile, and Verizon and will be directly managed by these carriers rather than by a company like Google.

Is RCS safe? Is it encrypted?

RCS is the evolution of text messaging, which means that while it appears similar in your phone’s default SMS app, it runs over IP services and is fundamentally similar to services like Facebook Messenger, Google Hangouts, and others.

But unlike more secure messaging services like iMessage or WhatsApp, RCS messages are not end-to-end encrypted, which means that while they’re encrypted in transit and are unlikely to be intercepted, they are not protected from decryption by the provider of RCS. With CCMI, that means your carrier, and not a company like Google. Either way, messages are available to be turned over to law enforcement is compelled, which is considerably more problematic than end-to-end encrypted services like iMessage.

That’s not to say you shouldn’t trust RCS or shouldn’t use whatever service CCMI comes up with. Just understand that it does not have the same security standards as many other popular messaging services. 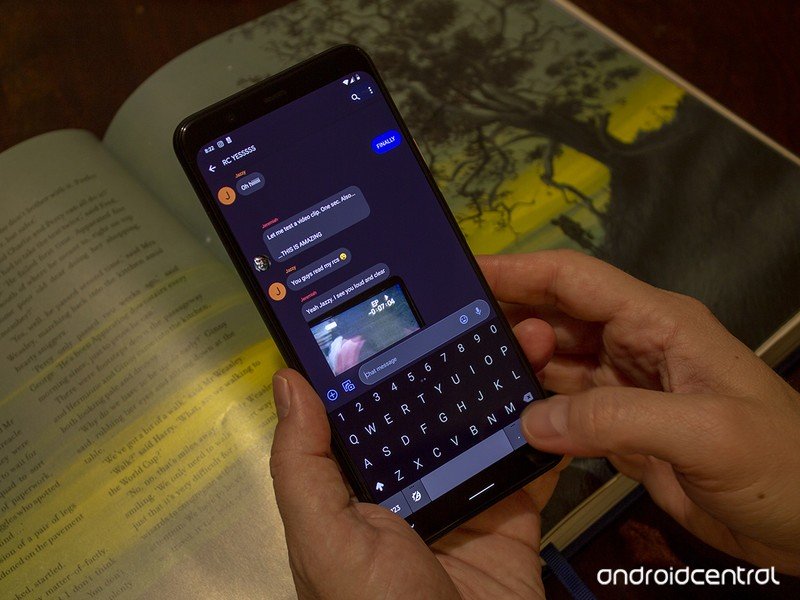 Why are the carriers doing this rather than working with Google?

Earlier this year, Google announced that it was taking RCS’s rollout into its own hands, launching the service on all Android phones that use Google’s own Messages app in France and the UK. It said it planned to roll its version of RCS, which is based on Universal Profile (and technically compatible with all Android phones on all supported carriers), later this year to other countries.

But then CCMI happened. The carriers likely decided that it wasn’t in their best interest to cede control of RCS to Google entirely, so instead they worked together to build a proprietary RCS solution, using a standalone app, on top of Universal Profile.

This way, the carriers control the user experience (and get to box out Google in the process), potentially creating another revenue stream through business messages (allowing you to interface with customer service reps or order food over text) and premium features, most of which are not offered directly from Google.

Will you need to download a separate app for it to work?

CCMI is creating an app, according to The Verge, that will replace the default messaging app on smartphones sold by the carriers.

It’s unclear, though, how that will work. Some carriers, like Verizon, pre-install a custom messaging app on their phones that send both standard texts and more feature-rich media messages based on other proprietary forms of RCS. Other carriers cede control of the text messaging experience to the manufacturers, like Samsung, which have their own messaging experiences. In those cases, the app that CCMI builds could ship instead of the manufacturer’s text messaging app or alongside it, offering an alternative when you first set up the phone.

Will it work with existing RCS users on Android?

Yes. Because CCMI’s solution will be based on the RCS Universal Profile, the companies promise that their version will work with others. The press release says that the app will “create a single seamless, interoperable RCS experience across carriers, both in the U.S. and globally,” which leads us to believe that it should just work.

Will it cost me extra money?

It shouldn’t. The idea here is that RCS builds on top of SMS, but because it’s IP-based, it just uses data — megabytes — and shouldn’t require an additional fee the way legacy carrier plans forced customers to pay for text messages (though practically all modern data plans include free unlimited SMS).

Will it only work on Android, or will iPhone users have access?

Currently only Android compatibility is confirmed. While it would indeed be nice to see the gap between green and blue text bubbles narrow, Apple has yet to announce support for RCS, and it’s unlikely this move will change Apple’s mind. While it’s not impossible Apple will one day support RCS, the company has iMessage, which has achieved network effect and is used by hundreds of millions of people around the world.

When will it be available?

All signs are pointing towards a somewhat vague 2020 release window. A lot needs to be updated and implemented on the backend to make sure the service is compatible across all Android devices so it’s no surprise that carriers are approaching their take on RCS conservatively. 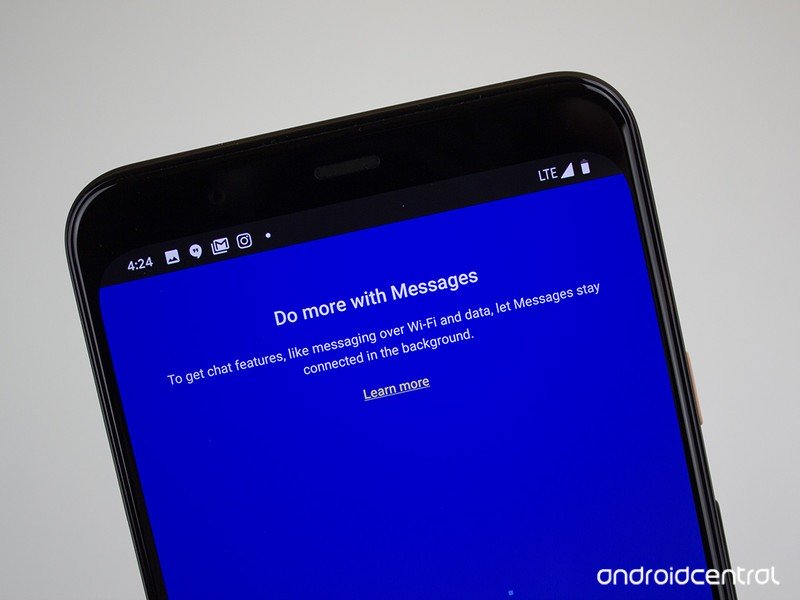 Which carriers have signed on?

In a joint announcement AT&T, Sprint, T-Mobile, and Verizon have all committed to supporting CCMI. This really is fabulous news and should allow for people to have a consistent experience no matter which carrier they choose.

What happens if I have an unlocked phone or a phone from a carrier that doesn’t support it?

As The Verge discovered, CCMI intends to develop and release its own messaging app that should be downloadable on Android phones regardless of where it came from. This app should also be compatible with other implementations of RCS allowing for compatibility with other carriers that don’t perfectly align with CCMI.

Get RCS now with a Pixel phone

With one of the best cameras and pure Android, this phone works with nearly any carrier.

Facebook
Twitter
Pinterest
WhatsApp
Previous articleWith Android 10, Google finally says goodbye to the Menu button
Next articleWhat is RCS messaging, and why is it important to Android?