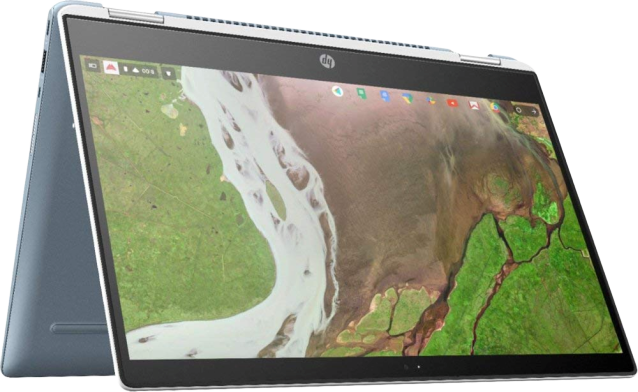 If you don’t already have a Chromebook, it’s time to change that. Black Friday brings a bunch of great discounts to products that you’ve probably had your eye on during the year. There are sure to be a bunch of Chromebook options available, so you’re going to want to know what you’re looking for from a Chromebook so you can help yourself buy the right one. 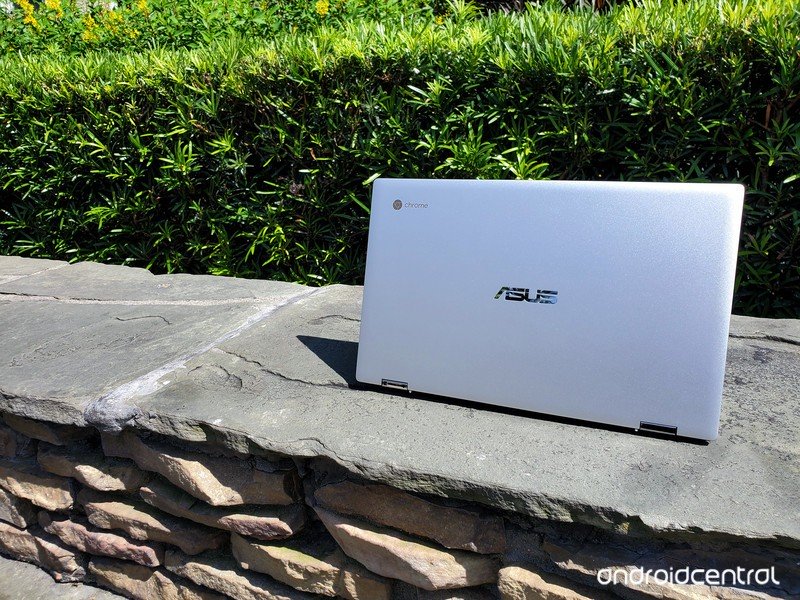 You won’t need to wait until Black Friday actually arrives to take advantage of great deals, though. There are many discounts available already, and some of them are the same price we expect to see for Black Friday. Why not avoid the confusion and chaos of the big day and get your order in now?

First, let’s take a look at some information to help you pick the right Chromebook for you, then see what options are available at a discount right now!

What is a Chromebook?

Chromebooks are laptops that run Chrome OS, an operating system designed and managed by Google. It’s the more polished and stable version of the open-source Chromium Project, which Google also develops and maintains. There are a lot of misconceptions surrounding Chrome OS because it began as a web-centric client that couldn’t do much when outside of a Wi-Fi network, but this doesn’t hold true anymore. These days, Chrome OS can run both Android apps and Linux apps, allowing it to do most if not all of the tasks you’d need to do on a laptop day-to-day.

What makes Chromebooks especially enticing is that Chrome OS is optimized to run well even on lower-spec’d machines, meaning that while most Windows laptops under $400 will feel and perform like pudding after six months, even $250 Chromebooks like the Lenovo C330 still run just as well as they did fresh out of the box. This also means that when you put Chrome OS on a more powerful Chromebook like the Intel M3-powered Asus C434 or the i5-powered Pixelbook, you get a lightning-fast computer that can handle all the Chrome tabs and Android apps you could throw at it.

Chromebooks are becoming more and more popular in schools and businesses because of how well Chrome OS runs on value machines, as well as how stable and secure Chrome OS is. Google hosts a bounty program that pays developers when they discover and submit vulnerabilities to be patched, including a $150,000 standing bounty for a vulnerability that can compromise a Chromebook while in Guest Mode. Chromebooks also get updated every few weeks directly from Google, meaning that no matter which brand Chromebook you buy, they’ll all look, act, and get updates the same way.

Who should buy a Chromebook?

For people who mainly use a laptop to read emails, check social media, pay your bills, write the ocassional screenplay in Google Docs, and blow time watching videos, a Chromebook is absolutely perfect. Chromebooks are great for work or play so long as your services either have a website or an Android app, which in 2019 is pretty standard. I’ve been working full-time on a Chromebook for two years and the only thing I ever miss is full Photoshop for batch photo editing my review photos. 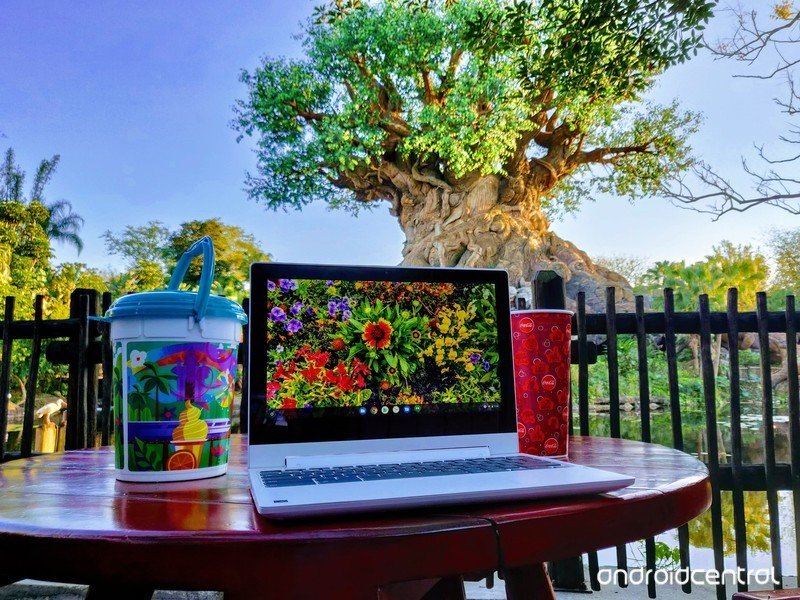 What I honestly love best about my Chromebook is that it’s a “it just works” computer with absolutely zero maitenance. Updates are downloaded and installed automatically in the background while you work and app updates are handled by Google Play. The Files app ties directly into Google Drive, you can keep everything synced and work out of the cloud, but you can still keep your files offline in Downloads for when you need to finish that book report on the bus to school.

Chromebooks are especially great for younger users for a number of reasons, including but not limited to:

What about Android apps on a Chromebook?

Chromebooks can’t install traditional programs to the core system — like you would on a Mac or Windows PC — but they can install Android apps via the Google Play Store. While not every single app on Google Play is compatible with Chromebooks, there are millions of apps you can install, from productivity apps like Microsoft Office and Google Keep to entertainment apps like Netflix and Disney+ to millions of gaming apps.

Chromebooks are actually the easiest laptops to download videos for offline playback for services like Disney+ and Google Play Movies that don’t have desktop apps for Mac or Windows but do have Android apps. The Android apps allow you to download videos just like you would on your phone, but enjoy them on a larger screen without killing your phone’s battery on that cross-country flight.

Can you play games on a Chromebook? Most games available on Android are available on Chromebook, so you’ll be able to enjoy most casual gaming on your Chromebook with ease. In fact, if you’re coming from a Windows computer, you’ll even be able to keep your favorite game: Microsoft Solitaire Collection works great on Chromebooks and helps me get a quick fix when my Pyramids addiction flares up.

What about Fortnite? Steam games? PC games? Chromebooks can’t install Windows or MacOS programs, and the ability to instll Linux apps like Steam isn’t available for every Chromebook — nor are Linux apps on Chromebooks as user-friendly as Android apps. Gaming options on a Chromebook are getting better, but it’s not what you’re going to want to get a hardcore gamer.

There are five things you need to consider any time you’re looking to buy a Chromebook and there are two features you especially need to pay attention to during Black Friday when Chromebooks of every size, shape, and age are on sale.

Get a touchscreen — Chrome OS’s touch optimization is getting better every month, and since most of the Android apps Chromebooks can install via Google Play are optimized for touch, make sure you get a touchscreen model. Touchscreen models are not much more expensive in 2019 and they are 110% worth it.
Pick your size — In general, the bigger the size of your Chromebook, the more you can potentially fit on the screen, but it will also be less portable and shorter in battery life. Smaller, more portable models can suffer from lower resolution screens, though Chrome OS’s display zoom and font adjustments somewhat offset it.
What features matter to you? — Chrome OS has the same features, UI, and functions on basically all models which means that you’ll need to focus on specific hardware features to help you narrow down your search. Do you prefer a 2-in-1 or a classic clamshell? Do you want a big, bright screen for movies or do you need a battery that will go all day? Families with younger kids — or travelers that are prone to slips, spills, and accidents — might want to look to the growing number of Chromebooks with military-grade MIL-STD 810G durability or spill-resistant keyboards.
Memory and storage — While “more memory is always better” holds as true for Chromebooks as it does for any laptop, 4GB of RAM is fine for a Chromebook in 2019. 8 GB is better, but 4GB is fine. As far as storage goes, 32 GB of storage is workable, but I’d recommend going with a model with at least 64 GB of storage.
Always check the expiration date! — Chrome OS is updated by Google for all Chromebooks, but Google doesn’t want to be stuck supporting every random budget chipset and driver set forever, so each Chromebook has a shelf life and an expiration date, just like the milk in your fridge! This is the Auto Update Expiration date, and it can be found for every single model on this handy dandy support page, which you should check for every Chromebook you look at.

This is a wonderful deal on a Chromebook with a big 14-inch screen, an AMD processor, and two USB-C ports for easy charging on either side of the machine. The HP Chromebook 14 is one of the newer Chromebooks on sale this Black Friday, which means that even though it’s in impulse-buy territory, it’s still a laptop that could last your 7th grader until they graduate high school. This Chromebook only comes with 32GB of storage, but you can use the big savings to buy a microSD card to expand it. 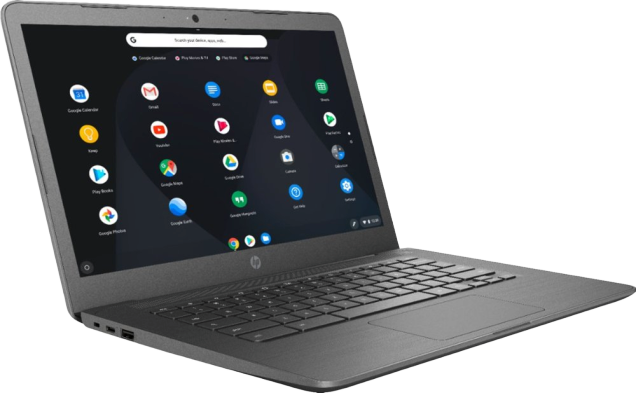 HP makes Chromebooks that can go the distance, and this one could last you over 6 years before it stops getting Chrome OS updates.

This durable little Dell may have been replaced by the Dell 3100 2-in-1 this summer, but this model will will be getting Chrome OS updates until June 2024, which means that if you’re willing to live with a barrel charger instead of USB-C, this is a great Chromebook that should be able to take whatever you or your kids throw at it. The 2-in-1 form factor is especially great for entertainment and gaming as you can swap to Stand or Tablet mode and disable the keyboard while you’re watching Disney+ or playing some Solitaire. 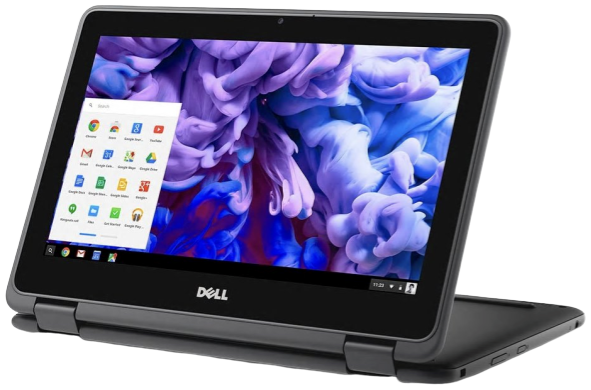 This 2-in-1 Chromebook is great when you need to get your homework written or when you just want to binge Netflix in bed without having to hold up the screen.

The Auto Update Expiration date on the N7 is only June 2022, but for a $150 Chromebook, that’s more than enough time to get your money’s worth and decide if Chromebooks are for you and your family. This model lacks USB-C, but it does have an HDMI port and a full-size SD card slot, along with all-day battery life and a compact form factor. 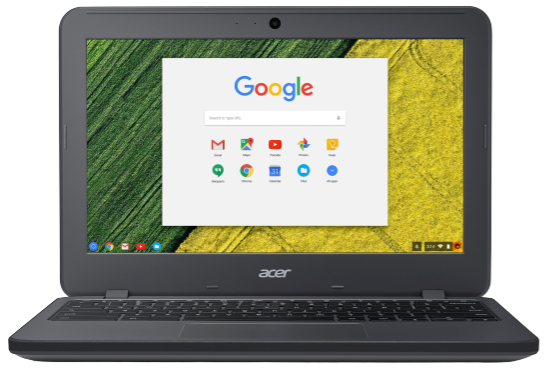 With mil-spec durability, a spill-resistant keyboard, and 12-hour battery life, this is a Chromebook is ready for clumsy kids and long days of email, movies, and social media.

The Acer Chromebook 14 features 32GB of storage, 4GB of RAM, a 14-inch display, and up to 12 hours of battery life on a single charge. This Chromebook will get updates until June 2022, so you could buy this for your middle schooler and have it last till their freshmen year of high school. The purchase also includes a free protective sleeve so that it doesn’t get scratched up in their backpack. Just keep in mind this Chromebook doesn’t have USB-C ports; it uses a proprietary charger, so make sure you don’t lose it. 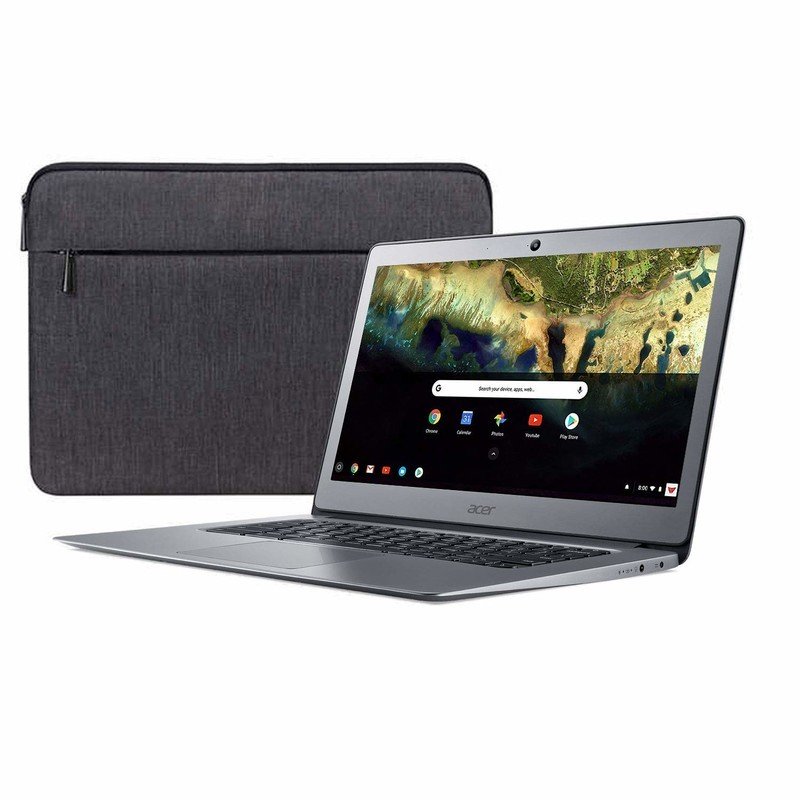 This is the current lowest price you can find for this model, and Walmart is even tossing in a free protective sleeve with the purchase.