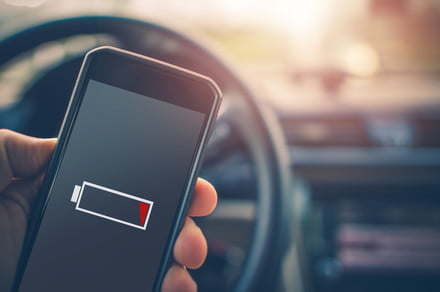 Travelers who need to charge their smartphones while on the go might want to avoid public USB charging stations, due to the security risk known as “juice jacking,” authorities in California have warned.

An advisory from the District Attorney’s Office of Los Angeles County warned against the USB charger scam, in which hackers try to infect the smartphones and other electronic devices of unassuming travelers through the free USB charging stations in public places such as airports and hotels. Juice jacking attempts see hackers loading malware into the charging stations, or in cables that they leave plugged in at the stations. The malware may either lock the smartphone and hold it as hostage, or forward sensitive information such as passwords to the attacker.

The county’s chief prosecutor’s office does not have any recorded cases of juice jacking, a spokesperson told TechCrunch. The spokesperson simply said that the advisory was part of a “fraud education campaign.”

The plan of attack by hackers to commandeer USB charging stations is not a new concept. Warnings against juice jacking have been around for years, but security researcher Kevin Beaumont said that he has not seen evidence of such an attack being used in the wild. Several security researchers have reached out to TechCrunch’s Zack Whittaker regarding proof-of-concepts, but juice jacking is nowhere near epidemic levels — despite the alarming warning from the authorities.

It has also proven that cables can become tools for hackers, as recently demonstrated by security researcher Mike Grover. He created a cable that looks like a standard iPhone charging cable but can be used to remotely take over a computer.

The District Attorney’s Office of Los Angeles County recommended travelers plug their own charging cables into AC power outlets. Portable chargers, which comes in many different forms and price points, are a safer alternative to public USB charging stations as well.

While juice jacking may not be the weapon of choice for hackers, as there are many other ways to infiltrate the smartphones of targets, it remains a potential threat. Travelers should stick to the safe side and only consider public USB charging stations a last resort.