Home News Artificial intelligence can now identify a bird just by looking at a...
News 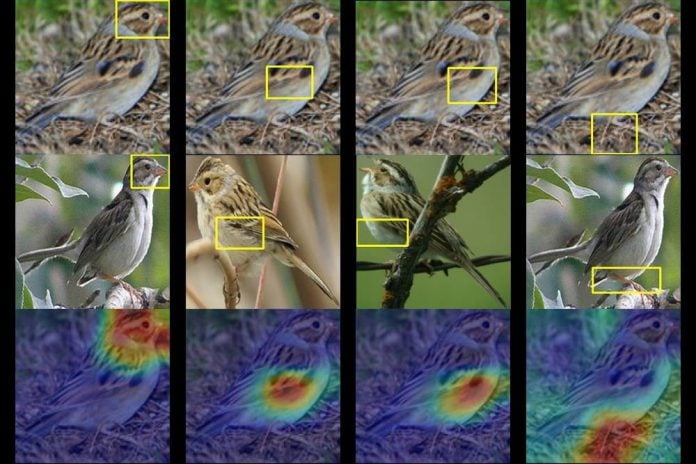 Artificial intelligence technology has proven itself useful in many different areas, and now birdwatching has gotten the A.I. treatment. A new A.I. tool can identify up to 200 different species of birds just by looking at one photo.

The technology comes from a team at Duke University that used over 11,000 photos of 200 bird species to teach a machine to differentiate them. The tool was shown birds from ducks to hummingbirds and was able to pick out specific patterns that match a particular species of bird.

“Along the way, it spits out a series of heat maps that essentially say: ‘This isn’t just any warbler. It’s a hooded warbler, and here are the features — like its masked head and yellow belly — that give it away,’” wrote Robin Smith, senior science writer in Duke’s communications department, in a blog post about the new technology.

“[Rudin] and her lab are designing deep learning models that explain the reasoning behind their predictions, making it clear exactly why and how they came up with their answers. When such a model makes a mistake, its built-in transparency makes it possible to see why,” the blog post reads.

The hope is to take this technology to another level so it can be used to classify areas in medical images, such as identifying a lump in a mammogram.

“It’s case-based reasoning,” Rudin said. “We’re hoping we can better explain to physicians or patients why their image was classified by the network as either malignant or benign.”

Digital Trends reached out to Duke University to find out what other ways the new tool can be used for, but we haven’t heard back.