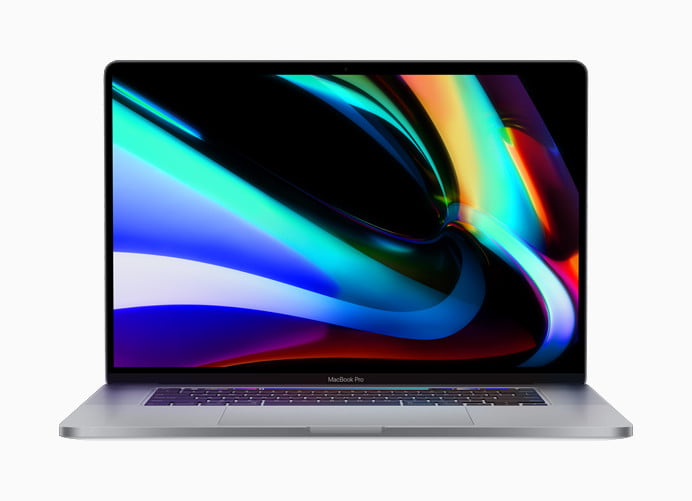 Apple has finally announced the launch of the 16-inch MacBook Pro — after the longest and most convoluted series of rumors and leaks since the original iPhone. Starting at $2,399, the 16-inch MacBook Pro is available today through apple.com and the Apple Store app. The overhauled design comes with a brand-new keyboard, a higher resolution display, and a separate Touch ID button. And with a similar price tag to the MacBook Pro 15 it has now replaced, there are no nasty surprises in terms of cost.

The device has been rumored for months, but as recently as the end of October it was thought that Apple had pushed it back to 2020. In the end that proved false. Also wide of the mark was a decent chunk of the laundry list of possible features and specs the rumor mill kitted the device out with; in the end, many of these failed to come to fruition. There will be no OLED display and no AMD Navi graphics chips, for example, meaning the 16-inch MacBook Pro isn’t quite the showstopper device many had hoped for.

Still, for some Mac fans the news that the failure-prone butterfly keyboard has been replaced will be music to their ears. Apple had been forced to revise the butterfly design multiple times since its inception in 2015, yet had still been unable to shake consumer disappointment with its shallow travel and often-sticky keys. It will be hoping the new scissor-switch design — they’re calling it Magic Keyboard of course — brings with it much more satisfaction and positive press.

And big news: There’s a physical escape key. At last!

As well as that, the larger, higher-resolution display (3,072 × 1,920) is a definite step up from the 2,560 × 1,600 resolution found in the old 15-inch model. Although it’s not the OLED display some had hoped for, that’s perhaps unsurprising given Apple is rumored to be working on a far superior Mini-LED screen that could debut as early as late 2020. It does have a higher pixel density of 226 ppi, Apple said.

Instead, some of the features previously rumored for this year’s 16-inch MacBook Pro — the AMD Navi graphics and Mini-Led display, for example — may instead be reserved for the 2020 MacBook Pro, giving Apple more time to ensure these features are ready before release.

We’ll have a review of the 16-inch MacBook Pro as soon as we get our hands on one, so keep your eyes peeled for our first impressions. In the meantime, check out our round-up of MacBook Pro 2020 news and rumors to find out what’s next on the horizon for Apple.

Facebook
Twitter
Pinterest
WhatsApp
Previous articleAMD Ryzen 4000: Everything you need to know
Next articleAMD RX 5700 XT card is better than a GTX 1080 at ray tracing in new Crytek demo