Home News An Apple AR headphone could be in the works according to a...
News 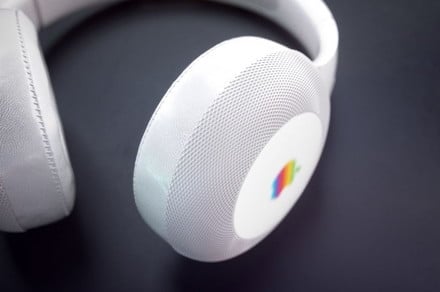 A new patent reveals that Apple might be trying to create augmented reality headphones for use in conference calls.

The patent is vastly different from any other Apple headphone or AirPods design, as these headphones focus on a “virtual conference room audio experience,” as reported by Patently Apple. The company applied for the patent in 2017 and it was granted on Tuesday, November 26.

The headphones would improve identification and the intelligibility of speech, and would simulate a virtual audio environment (like a conference room) so listeners would be able to identify and hear other speakers as if they were all in the same place.

Apple also reportedly includes several preset environments that would be able to adapt to where the listener is situated, such as outdoors, closed rooms like an office, or reverberant environments like a conference hall.

While the apparent use for the headphones would be for business and conference call situations, it’s safe to say that the technology could be useful and serve a purpose for personal calls as well as for listening to music or movies.

The look of the headphones themselves is vastly different from what Apple has done in the past since they are larger, over-the-ear headphones. Based on the patent images, it does look like they would be wireless like the Airpods.

These headphones join other rumored Apple AR projects like an augmented reality headset. According to reports, the headset will offer “high-resolution” eyepieces that would enable users to read “small type.” It will also have cameras on the outside, which will allow users to interact with digital objects in their environment, and would also support the ability to map rooms.

Apple was also granted another patent earlier this week that could signal the tech company getting involved in the automotive market. The new patent titled “Systems for improving side-mirror functionality of a vehicle” is meant to eliminate a car’s blind spots.

The technology essentially projects images of the surrounding environment within the car’s blind spots onto the vehicle’s window or windshield.

Digital Trends reached out to Apple to comment on the headphone patent, and we’ll update this story once we hear back.

Facebook
Twitter
Pinterest
WhatsApp
Previous articleThe star of the world’s tiniest stop-motion movie is the size of a grain of dust
Next articleApple AirPods Pro vs. Sony WF-1000XM3: Battle of the best ANC buds