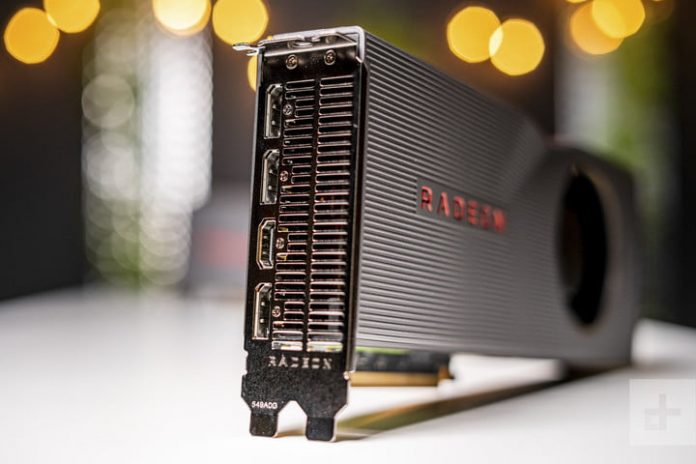 Sources claim that AMD refers to this chip as the “Nvidia Killer.” It will target the high-end market currently dominated by Nvidia’s RTX 2080 and RTX 2080 Ti GPUs. As Wccftech points out, this naming is highly unusual — and probably unlikely — as companies typically don’t associate upcoming products as competition “killers,” not even internally.

These three chips are commonly referred to as “Big Navi.” AMD’s Lisa Su hinted to these chips during the company’s second-quarter earnings Q&A session.

“I would say they are coming,” she said. “You should expect that our execution on those is on track and we have a rich 7nm portfolio beyond the products that we have already announced in the upcoming quarters.”

Why wasn’t hardware ray tracing included in the Radeon RX 5000 series? In November 2018, AMD indicated that the technology simply isn’t ready for mainstream gamers. According to David Wang, AMD’s senior vice president of engineering at the Radeon Technologies Group, “utilization of ray tracing games will not proceed unless we can offer ray tracing in all product ranges from low-end to high-end.”

Rumors of the Navi 23 emerged in August. Actual evidence of all three chips appeared in upcoming Linux drivers revealed at the beginning of November. Navi 21 could be the more powerful of the three, leaving the Navi 23 sitting at the trio’s bottom. AMD may even have a Navi 20 chip in the works for extreme performance at an extreme price.

AMD’s next-generation GPUs are expected to arrive around June 2020 packing better voltage regulation, variable-rate shading, faster caches, and more. The company could provide a glimpse during CES 2020 in January.