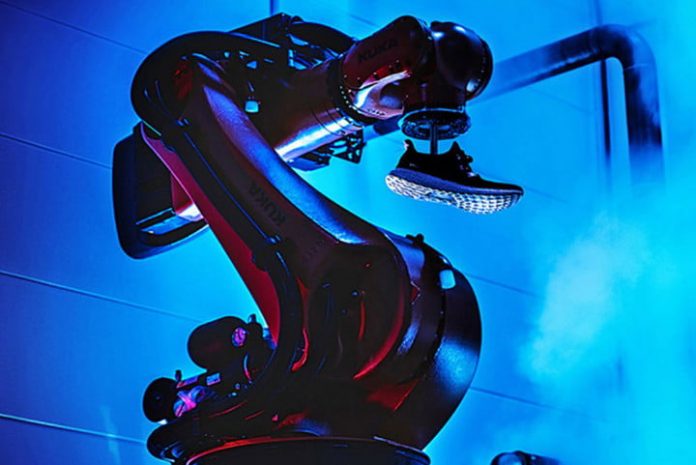 Adidas announced on Monday that it’s closing its high-tech Speedfactory facilities in Atlanta, U.S., and Ansbach, Germany, and shifting some of the technology to existing factories in Asia.

The robot-powered facility launched with much fanfare when the first one began producing sports shoes in Germany in 2016, followed by the Atlanta location a year later. But now Adidas says both sites will close down by April 2020.

The Speedfactories were designed to quicken the production of Adidas’s sports shoes, while at the same time helping to speed up distribution and cut down on shipping emissions (and costs) by making the goods closer to customers in its major markets.

Adidas declined to go into detail about the reasons for closing the Speedfactories, but it mentioned that shifting production to two of its suppliers in Asia (where it already makes most of its gear), and using what it’s learned from its Speedfactory experience, would enable its sports shoe business to be “more flexible and economic.”

Ending production at the American and German sites also appears to bring the curtain down on Adidas’s earlier-stated plans to open a network of Speedfactories around the world.

In a release, Adidas insisted the strategic shift would benefit customers “as the combination of existing technical possibilities of the suppliers, and new production methods developed in Ansbach and Atlanta, will allow for more variations of Speedfactory footwear models in the future,” adding, “These will continue to be characterized by a particularly short production time, allowing the company to continue to respond quickly to consumer needs.”

The Speedfactories were fully automated facilities that were designed to create products in increasingly high volumes with advanced complexity in color, materials, and sizes. The Atlanta location covered an area of more than 74,000 square feet — about 1.5 times the size of a football field — and employed around 160 people to ensure it ran smoothly.

In a world of increasing automation, Adidas’s decision to abandon its Speedfactory model may seem strange, but it shows that incorporating advanced technology into a business isn’t right for all manufacturers at the current time, or at least that the type of technology incorporated needs to be more carefully considered during the planning stage. For example, with the Speedfactory, one possible issue was that the facility could only make a limited range of shoe designs, which may have led to more problems than expected. We’ve reached out to Adidas for more information on why it’s closing its robot-powered facilities and we’ll update if we hear back.

Facebook
Twitter
Pinterest
WhatsApp
Previous articleBe prepared with these links to all the Disney+ apps we could find!
Next articleGazelle Ultimate T10 review: The best commuter ebike
- Advertisment -

Apple Could Be Forced to Follow New Digital Competition Rules or Face Fines, Under UK Proposal