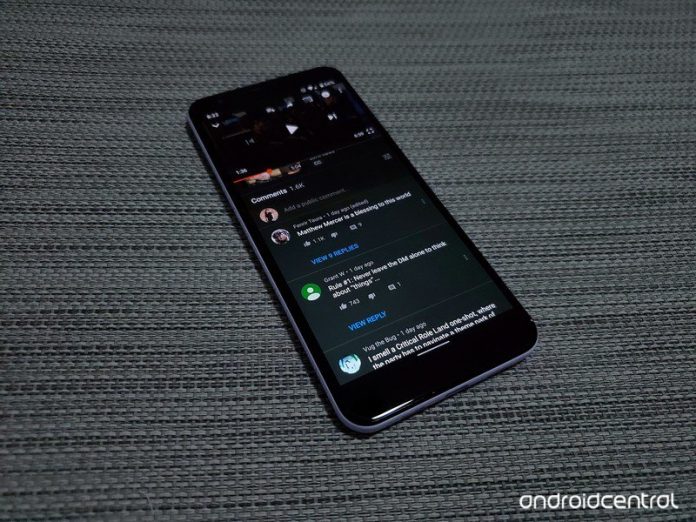 The setting is rolling out via a server-side switch. 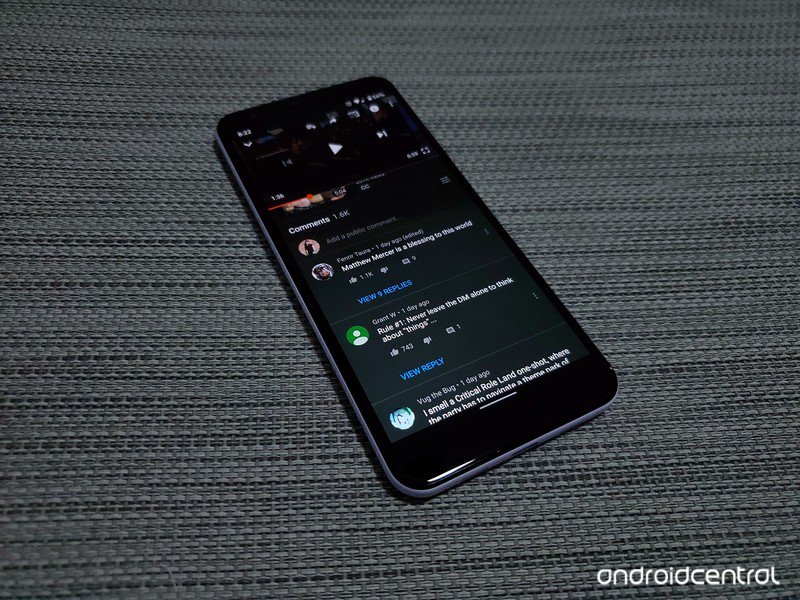 Some users have begun to see a new set of options when changing the theme for the YouTube app. The new option lets you to set the theme manually to light or dark, as well as allowing YouTube to follow your device theme.

This new setting helps align YouTube with many other Google apps which have gotten the dark theme makeover recently. It’s also a welcomed change for users who flip back and forth between light and dark themes, or schedule the change based on the time of day. 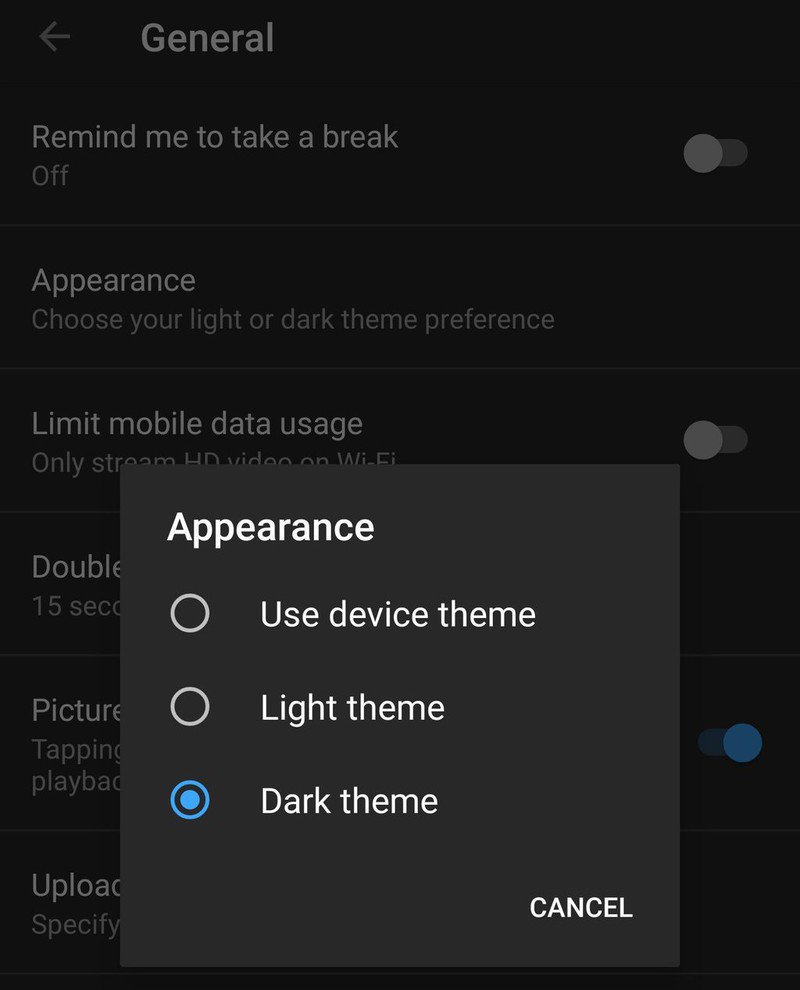 When Google first rolled out the dark theme to YouTube, it was long before the launch of Android 10 which includes system-wide theming options. Back then, if you wanted to enable a dark theme, there had to be a separate toggle in the settings in order to switch between light and dark.

With Android 10, things are a lot different now that the OS now includes system-wide light and dark themes which can be switched on either manually or by scheduling it. Apps can now also detect the system theme and change to either light or dark to match it.

It’s interesting that even though YouTube was one of the first apps to get a dark theme, it is so late to the party to receive the option to follow the system-wide settings. Better late than never, I suppose.

The change appears to be on the server-side like many of Google’s updates, so if you have the latest version and you’re not seeing the option, you’ll just have to wait for Google to flip the switch for you.