Home News What is Visible and should you subscribe?
News 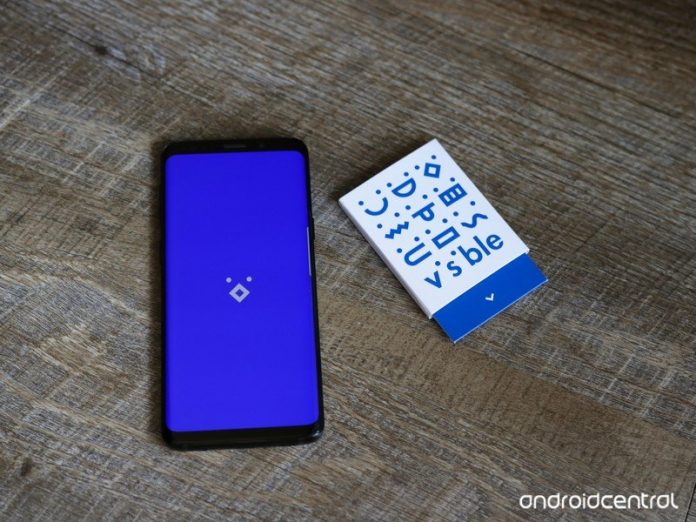 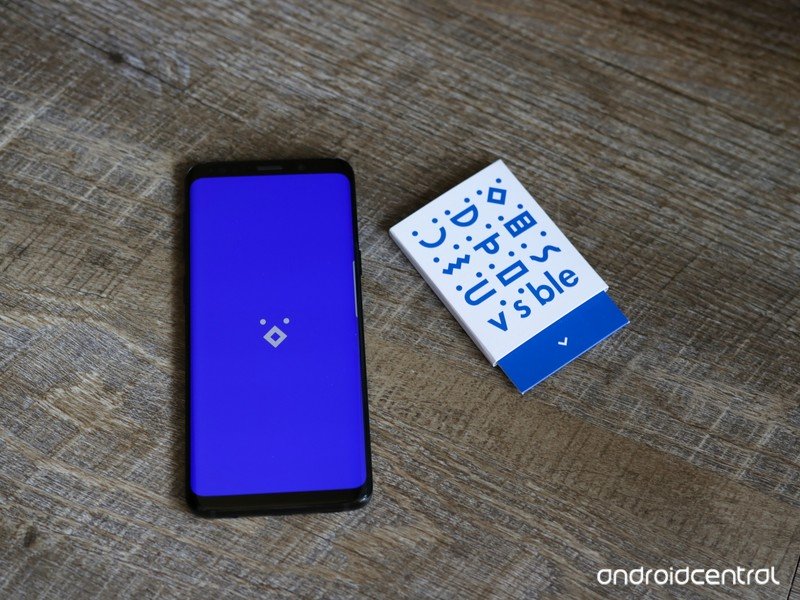 Best answer: Visible is a carrier that’s powered by Verizon’s LTE network. For $40/month with no contract, you get unlimited talk, text, and data. It’s a great deal and worth checking out, but the limited support for Android phones might keep you from joining.

Visible is a carrier powered by Verizon’s network

First thing’s first, Visible is a company that’s pushing itself as a “digital carrier.” This means that you won’t find a physical Visible store anywhere and can manage your entire account through either the Visible website or app. 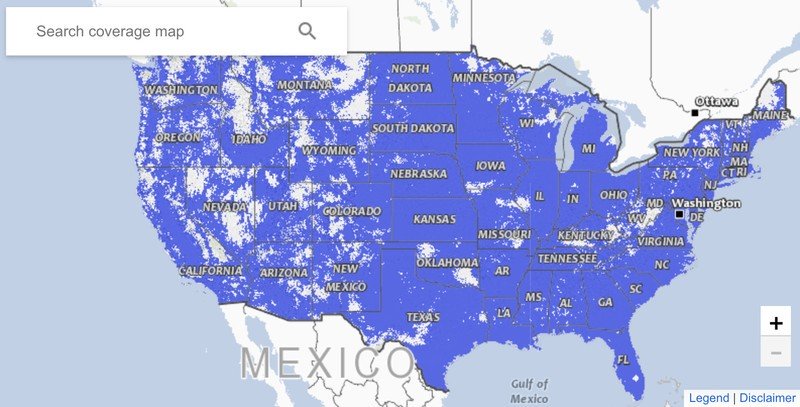 Visible first debuted in May 2018 and is powered by Verizon’s fantastic LTE network. The Verizon LTE network is definitely one of the strongest available however it must be considered that Visible, like most MVNOs, doesn’t have access to Verizon’s LTE roaming partners. It also doesn’t have access to 3G of any kind so there is no falling back to the older tech if signal is weak.

Don’t worry too much about the coverage however since Visible still covers the majority of people in the U.S. and has excellent coverage in most cities. You can check the coverage map to be sure.

Although Verizon itself does offer international roaming with the plans that it sells, you won’t find any such option with Visible. If you do a lot of international traveling, that could be a big issue.

These days, it seems like every carrier has multiple “unlimited” plans for you to choose from. As good of a deal as some of these can be, they’re also incredibly confusing.

Visible, on the other hand, keeps things simple. The carrier only offers one plan, and it comes with unlimited talk, text, and 4G LTE data for $40/month. That price is all-in, meaning that taxes and fees are included. In other words, you pay exactly $40 each month and not anything more — just the way it should be. If you sign up for Visible right now, your LTE data is entirely uncapped. Our testing revealed average download speeds of around 14Mbps, but Visible says some of its customers have claimed to reach speeds of 100Mbps. Unlimited hotspot data is available as well but is limited to 5Mbps. This is enough for most computing on-the-go if you don’t have access to a Wi-Fi hotspot. While there aren’t any nasty catches or surprises with Visible, it does lose a bit of its appeal when you take a look at the Android phones it supports. The list is being updated all the time. You can check for the most up to date list at any time on Visible’s help page.

At this time, Visible works with the following Android devices:

iPhone owners have it much better, however, as Visible supports every iPhone released since 2014, including the iPhone 6 and SE. If you have a phone that works with Visible, we absolutely recommend trying it out. $40/month for unlimited everything is an excellent deal on its own, but when you factor in free hotspot access and the fact that you’re getting access to Verizon’s network, you’re met with an offer that’s hard to argue with.

The lack of international roaming is a shame for frequent travelers, and of course, none of Visible’s strengths matter if you don’t have one of the select phones that currently work with it.

For those that can use Visible, though, it’s pretty damn great. Unlimited talk, text, and data on Verizon for just $40.

Visible brings an enticing offer to the table — unlimited everything on Verizon’s incredible LTE network for just $40/month with no extra taxes or fees. The limited Android support is irritating, but if you have a phone that does work with Visible, it’s more than worth checking out.

Google’s mid-range Pixel knocks it out of the park.

The Pixel 3a, the first mid-range phone under Google’s Pixel brand, is incredible. The AMOLED display is gorgeous, the Snapdragon processor is snappy, and the camera performance rivals some flagships that cost hundreds of dollars more.

It could debut sometime in the third quarter of the year.What you need to knowThe second-generation Motorola RAZR smartphone could
Read more
News

Earth, Water, Air, Fire and Spirit.At the Game Awards 2019, we got our first look at in-engine footage for a
Read more
News

Red and blue is coming at you from every direction.What you need to knowA new Memorial Day update for Beat
Read more

Google Accessibility enables people with disabilities to get the most out of their smartphone via free apps. The tech giant now offers three new apps that can help the elderly or other people with cognitive impairments better use their phones with less effort.Google Accessibility – 3 new apps added to the mixGoogle Accessibility, as the name implies, targets enabling its audiences with different handicaps. In their latest blog post, Google talks about their efforts to further help people with cognitive issues by making their routine more streamlined and accessible.Action Blocks Action Blocks is the latest app on the Google Play Store. You can create customized spaces on the screen that on a single tap carry out an action for you. All of this from your home screen.You can create a dedicated block to dial a loved one without accessing the dialer app, or adjust the lighting in the room to a specific setting, all from the Action Blocks app.Live Transcribe The Live Transcribe app has been improved to add more languages to its list which include Albanian, Burmese, Estonian, Macedonian, Mongolian, Punjabi, and Uzbek. In addition, it also brings brand new features targeted to a new audience.Your phone will vibrate when someone nearby says your name.You can now add custom names or terms for different objects or places that might not be in the dictionary.A revised search bar lets you search through past conversations more easily. To enable it, turn on ‘Saving Transcriptions’ in Settings. When enabled, transcriptions will be saved on your device for three days in local storage.Sound AmplifierThe Sound Amplifier app now enables people who are hard of hearing to experience their favorite content with minimal disturbance. Users can now connect their Bluetooth headphones and place their phone near the source of the sound e.g. a television, to get the audio transmitted to their headphones without taking up the volume.The app also works for boosting the volume and clearing up the audio of apps on the phone. Whether you’re listening to music or watching a video on YouTube.With all of these additions, Google’s commitment to accessibility is indeed a commendable effort. Especially with many elders staying indoors due to the Corona Virus, these new features are a welcome addition.
Read more

Summer is quickly approaching, the stay-at-home restrictions are slowly lifting, and things are looking better. Now’s the time when you leave those lazy days behind and start exercising and getting more active.Now’s the time to pick up a new smart watch. Why? For starters, they’ll help keep track of things and hold you accountable. Not only that, but it can help cut your phone time down, too.Buying a new smart watch doesn’t have to cost all that much money. Take the ChronoWatch, for instance. Priced just $36.99, it offers up a full 1.4-inch color touch display, waterproof coating, and support for 16 different functions.Track sleep, steps, calories, blood pressure, distance, heart rate, and more with this affordable smart watch. Indeed, the ChronoWatch also provides glanceable weather, alarms, music controls, and notifications to popular apps.On top of all of this, it pairs via Bluetooth to both Android and iOS phones and offers up a seven day battery.ChronoWatchTrack your daily activity, including steps, calories burned, mileage & heart rateMonitor your blood pressure & blood oxygen levelsWear it anywhere, anytime thanks to its sweat & waterproof designControl phone calls & musicGet alerts for SMS, Facebook & moreView the time, date & week on the sleek 1.4-inch screen displayBuy Yours Today!Stop over to the AndroidGuys Deals Store today and order your ChronoWatch for just $36.99, a savings of some 81% off original retail price.For a limited time (until May 26), you can save an additional 20% on the ChronoWatch, getting it for a mere $29.60 after it’s all done. Simply use coupon code SUMMERSAVE20 at checkout. You’re welcome.
Read more

It could debut sometime in the third quarter of the year.What you need to knowThe second-generation Motorola RAZR smartphone could
Read more