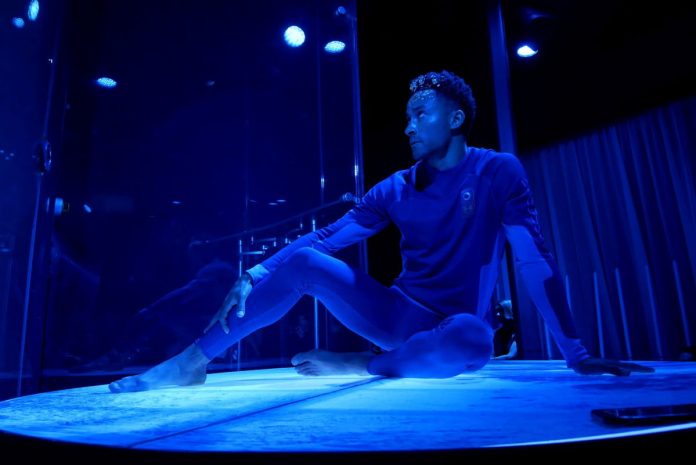 “What would you prefer, yellow spandex?”

Those were the words James Marsden’s character, Cyclops, utters in response to Wolverine’s remarks about their suits in the first X-Men flick in 2000. Hugh Jackman’s beloved character didn’t seem convinced about the suit being worn in public, but for a modern representation of what superhero costumes should look like, the X-Men certainly got it right.

That same sentiment can be applied to the Virgin Galactic spacesuits that were designed by Under Armour for ticket holders for upcoming Virgin Galactic flights. These spacesuits certainly don’t look like traditional astronaut gear, based on the sporty look that Under Armour delivered for the passengers that will skim the edge of space.

With Sir Richard Branson on hand at the unveiling event in New York, we got our first glimpse at the nifty-looking gear passengers will be rocking. And honestly, these spacesuits look practical, very similar to what athletes wear during workouts.

While Virgin Galactic is responsible in getting people into the stratosphere, Under Armour was tasked to outfit people in practical suits for the journey. Leveraging the same technologies that have been applied in its various sports apparel, these spacesuits don’t differ all that much in terms of look and feel. Under Armour’s UA RUSH technology is employed here as the base layer of the space suit, providing proper blood flow and temperature management. One would believe that these spacesuits would be constricting, but that’s far from the case, as the material offers some much-needed flex and comfort.

Based on watching some of the performers during the event, these spacesuits offer adequate mobility, but the only color option for now is deep space blue. There are highlights that add contrast to the look, as well various patches around the sleeves that help to identify each person. In fact, each future astronaut will have the flag of the country they’re representing on their sleeve. Of course, the look wouldn’t be complete without proper foot attire. The custom-made footwear adopts many of the same qualities, offering comfort and mobility with their lightweight feel, UA’s HOVR foam + mesh material for cushioning, and a leather toe box.

Designing apparel and gear for the modern space enthusiast is a challenge of its own, but from a design perspective, someone wearing these Virgin Galactic spacesuits could easily be mistaken as your everyday fitness junkie. And that’s actually not a bad thing!

Now, if you’re jealous of the passengers that will be the first to wear these sporty-looking spacesuits, don’t fret — Under Armour plans to sell space-related apparel and gear in the future to those who really love the look. For now, these spacesuits would even make the X-Men proud.