While its Android phones may not be as popular as the likes of Samsung, LG continues to kick out quality phones year after year. The lineup has gotten a little muddy with the relatively fast iteration and release of interim models between major launches, but that introduces interesting options at a variety of prices. Right now the best LG phone you can get is the G8, but if you have a more restrictive budget or different needs there are other options out there we recommend.

If you want LG’s latest and greatest, you get the newest phone: the G8. While it isn’t substantially different from the V40, the G8 introduces the latest available spec sheet, a new OLED display, and an intriguing touchless Air Motion gesture controls. Plus, a new display membrane speaker promises better sound for calls and all other audio. And you get the standard solid build quality and high-end wired headphone experiences of LG’s recent phones.

With the G8 out on the scene, the V40 kind of loses its place at the top a bit — at least, if you’re looking at it for its full $950 retail price. With the new model out, the price of the V40 is dropping, and if you can find it for under the price of a G8 it could easily be a better buy. You probably won’t miss Air Motion, and you get a bigger screen to use.

If you want a majority what the V40 offers but in a smaller and more affordable package, you’ll want to turn your attention towards the LG G7. Here you’ll find a 6.1-inch 3120×1440 display, dual 16-megapixel cameras, and a glass build that’s just as good-looking. The 3.5mm headphone jack has one of the highest-quality DACs available in a smartphone, and when it comes to the loudspeaker, it’s one of the loudest we’ve ever heard.

The LG V50 is based on the V40, but brings next-generation 5G networking. For that benefit, you pay quite a bit extra — and you’re limited to just Verizon or Sprint for coverage. The phone is good, and has a larger battery than the V40, but this price is a lot to ask for mostly the same phone that connects with a relatively small network. Be certain you can get 5G coverage where you live before buying a V50.

When it comes time to really pinch the pennies, the Stylo 5 is your best choice if you want an LG handset but have to seriously watch how much money you’re spending. For under $250, the Stylo 4 delivers a huge 6.2-inch Full HD display, single 13-megapixel rear camera, a large 3,500mAh battery with USB-C charging, and an included stylus that allows you to doodle and draw to your heart’s content.

A mix of old and new 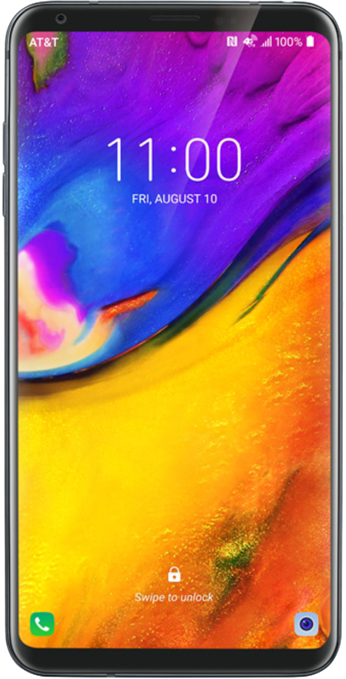 Before LG released the powerful V40, it launched an interim phone between it and the V30 known as the LG V35. The V35 has two rear cameras instead of three like the V40 yet still retains a big OLED screen, Snapdragon 845 processor, and even has the advantage of not having a notch in its screen. Prices fluctuate, but if you can snag it for under $400 it’s a great deal.

Which LG phone is right for you?

If money isn’t an object and you want the best LG phone money can buy, you’ll want to go for the G8. It’s tough to go wrong getting the latest, and LG has done a good job of simply adding to the experience with each new phone. Interestingly, now that it’s a handful of months old it’s often relatively affordable as well — often times even coming in cheaper than the older LG V40.

But not everyone can spend that much on a phone; if your budget is lower, there are other LG phones that you can buy — and just like the G8, prices fluctuate regularly. You can buy an LG V40, or V35, for less than a G8 if you shop around. And no matter what, the new budget-minded LG Stylo 5 will always be a cheaper alternative.