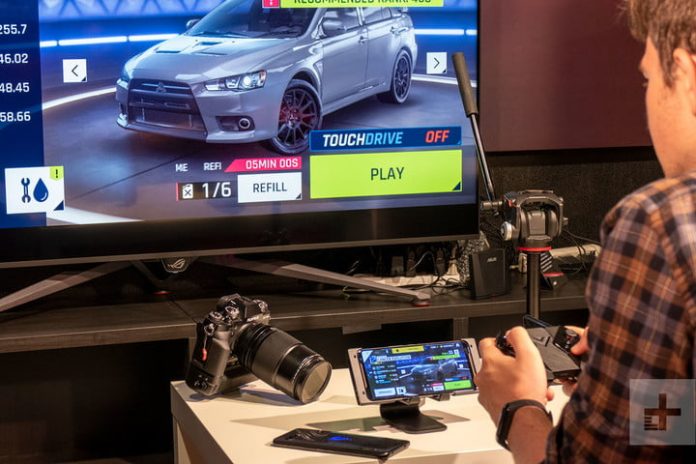 You’ve bought your Asus ROG Phone 2, and now you want to make the most out of its incredible gaming ability. Asus sells a surprisingly large number of accessories to make the ROG Phone 2 a great gaming companion, but they don’t come cheap, so which ones should you get first?

We’ve tried out all the accessories for the ROG Phone 2, to see which ones are worth your investment.

Before getting into the accessories, what about the games? All the best Android games available from Google Play (and outside, if you’re a Fortnite player) will work on the ROG Phone 2, but some are specially developed to take advantage of the phone’s hardware and software features. Before buying accessories, make sure you’re going to play the right games.

Asus has a list of games that support the 120Hz screen, resulting in an impressive 120-frames-per-second gameplay. It’s not an exhaustive list, but there’s plenty to be going on with. Notably, Fortnite and PUBG Mobile are missing, and are stuck at 60fps by default. If the game you play isn’t on the list, don’t be too saddened, the ROG Phone 2’s 120Hz screen will still make games running at 60fps or 30fps look better than on phones with a lesser display.

Other games come with special in-game goodies, including Asphalt 9, Rockman X Dive, and Shadowgun Legends. Additionally, these three can be played using the Kunai controller, the TwinView Dock, or in the case of Shadowgun and Rockman, both are supported.

No, this won’t make you play games better, but it will help your phone survive a short fall, and it looks awesome too. The case slips on over the back of the phone and covers the top and bottom of the device, leaving the sides open. Clip it on, and the ROG Phone 2 applies a special theme on the device, while on the back the RGB lighting shines through the Republic of Gamers logo. Even the camera flash unit lights up in matching colors.

This is the add-on if you want to transform your ROG Phone 2 from a phone to a portable games console with physical controls. Once connected, it looks a little like a Nintendo Switch, and you can even remove the controllers and use them wirelessly too. The phone fits into a flimsy skeleton-like frame and links to the controllers through the USB Type-C connector. There’s no lag when the phone and Kunai controller are connected this way.

Games that support the Kunai controller natively are limited at the moment. Asphalt 9: Legends is one that does, and it’s fun to play this way. It feels more like a true gaming experience than using the touchscreen, and with TouchDrive active, it’s more satisfying to play too. However, when you use the Kunai with games that don’t support, you may run into problems.

Most games with touchscreen controls can be configured to use the Kunai, using a key mapping option from the slide-in menu. It’s a little confusing to use at first, but once you’ve worked out how to fix the controls it’s easy to configure games. However, your experience playing the games will vary. For example, R-Type does not respond well to the analog joystick, and playing the game with the touchscreen is far easier.

If you play Asphalt or Shadowgun Legends, then you will get the most benefit from the Kunai controller. If not, then you may want to wait and see what other games are developed with native support before jumping on one. Out of all the accessories, this is probably the one that’s most versatile, and more people will find a use for it due to its functionality not being restricted to one or two games.

An expensive accessory, the TwinView dock is still a really interesting addition to the ROG Phone 2. It has its own 6.59-inch, 120Hz touchscreen, a second massive 5,000mAh battery, and a built-in fan to keep the phone cool. Like the Kunai controller, game support is limited to Asphalt 9 and Shadowgun Legends; but the experience is really excellent. Touch controls are isolated on the phone screen, while gameplay is shown on the TwinView Dock 2’s screen.

Without a game playing, the second screen can play YouTube videos, or show any content from apps installed on the ROG Phone 2, while you do separate tasks on the phone’s screen. You’re limited only by the ability to show apps in landscape orientation. You don’t have to worry about battery drain either, as the internal cell keeps your phone topped up. It comes in its own zip-up carry case too.

While it’s a fun accessory, the price is very high, and with only limited game support at the moment it’s tough to recommend the TwinView Dock 2 to anyone that doesn’t play supported titles.

The final piece of the ROG Phone 2 gaming puzzle we recommend is the WiGig Display Dock, which turns your phone into a games console that’s playable on your television. Use an HDMI cable to connect the dock to your TV, and then through a massively fast 60Ghz Wi-Fi link to your phone, all your games can be played on the big screen. It’s really simple to use as well and can be up-and-running within a few minutes. Use the ROG Phone 2 and there is no additional setup, and that’s a big benefit.

Asus promises zero-latency (or at least, under 20 milliseconds), and I never noticed any when playing a selection of games. It’s best when paired with the Kunai controller for a more tactile game console-style experience, but it’s acceptable with the touchscreen too. However, it’s ideally suited to playing landscape games, rather than vertically scrolling or portrait orientation games.

While you’ll get the best from the ROG Phone 2 paired with the WiGig Display Dock, it will actually work with any smartphone, increasing its usefulness in the home. At $330 it’s not cheap, and it does face competition from traditional games consoles and services like Google Stadia and Apple Arcade. However, if you really are invested in mobile gaming to the point where you want to see it on a larger display, this is an easy, fast way to do it.

Even if you only choose one accessory for the ROG Phone 2 — and we’d recommend the Kunai controller if you’re only going to buy one — it does help make it a more varied, more enjoyable gaming device. Have fun!