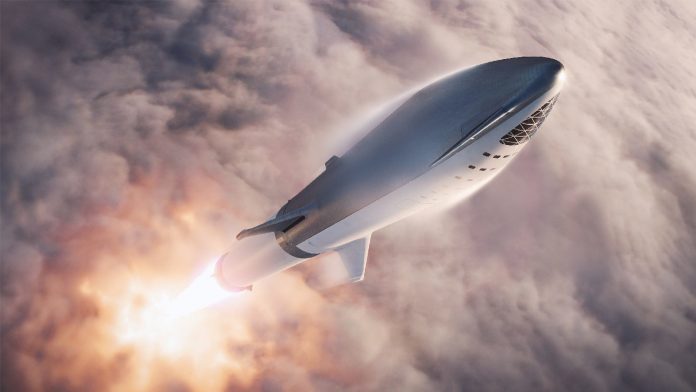 When SpaceX unveiled its gorgeous next-generation Starship rocket last month, CEO Elon Musk also announced an ambitious timeline of tests for the new vehicle. The rocket is designed to carry large amounts of cargo and eventually passengers, and will eventually have both a reusable first stage and a reusable second stage. Now, more details about SpaceX’s plans for the Starship have been announced by president and COO Gwynne Shotwell at the 2019 International Astronautical Congress.

As reported by TechCrunch, Shotwell revealed details about the company’s aims regarding testing the Starship rockets, currently being built at facilities in Cocoa, Florida and Boca Chica, Texas. “Aspirationally, we want to get Starship to orbit within a year,” she said. “We definitely want to land it on the Moon before 2022. We want to […] stage cargo there to make sure that there are resources for the folks that ultimately land on the Moon by 2024, if things go well, so that’s the aspirational time frame.”

Aiming to land a Starship on the moon by 2022 is extremely ambitious, though the rocket has already completed some preliminary tests such as hop tests in which it fires its engines and hovers above the ground for a few seconds before landing again. At the Starship unveiling, Musk said he wanted to begin further testing within a month or two, with the next task being to launch the rocket to a height of approximately 65,000 feet (20 kilometers) and land it back on Earth.

Once high altitude testing is complete, orbital testing could begin within one year. After that, it’s on to manned test flights. And if those are successful, the company may even beat NASA to the moon for its planned 2024 Artemis mission.