The Pixel 4 XL has a fantastic camera, but it also has all the bells and whistles that you’d expect from a true flagship. You get a gorgeous 90Hz OLED panel with QHD+ resolution, IP68 water resistance, Soli-backed IR face unlock, and wireless charging. Yes, it costs $300 more than the OnePlus 7T, but you also get much more for your money.

All about that value

The OnePlus 7T is a decent option if you’re looking to save some cash. You get the same 90Hz refresh rate as the Pixel 4, but the panel itself is FHD+ and not QHD+. You also get three cameras at the back, but the final image quality isn’t as good as the Pixel 4 XL. There’s no IP rating or wireless charging, but the phone does come with Android 10 out of the box.

OnePlus has been the go-to manufacturer in the value segment for some time now, but if you want a “true” flagship with all the extras, you’ll still have to shell out the big bucks. Let’s see what you’re getting by paying more for the Pixel 4 XL.

The OnePlus 7T nails the basics, but the Pixel 4 XL has much more to offer 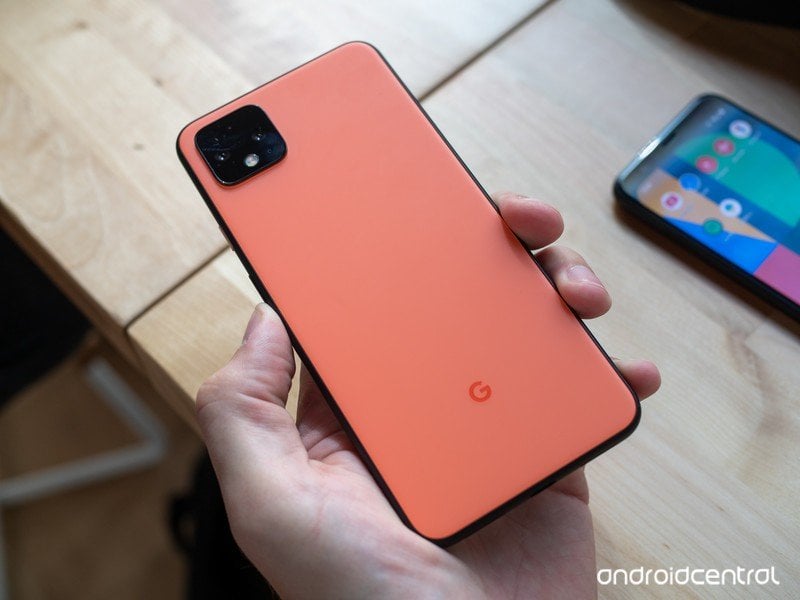 The OnePlus 7T is a great option if you’re in the market for a $600 phone. You get a 90Hz display, the latest internal hardware, usable cameras, and Android 10 out of the box. But what if you want a better camera and wireless charging? Then you’ll have to look to the Pixel 4 XL. Google’s 2019 flagship takes things to a whole new level, cementing its position as one of the best Android phones available today.

Let’s start with the screen. Both the Pixel 4 XL and OnePlus 7T have displays that offer 90Hz refresh rate, and that’s a big deal. The high refresh rate makes a huge difference in day-to-day usage, affecting everything from web browsing to playing games. The 7T comes with a Full HD+ panel with a resolution of 2400×1080, but the Pixel 4 XL has a QHD+ panel with 2960×1440.

You get a lot of little extras with the Pixel 4 XL, and they end up making a huge difference.

The Pixel 4 XL also has IP68 water resistance, making the device much more resistant to the elements. It can be submerged in up to a meter of water for over 30 minutes and has gaskets around the entry points to prevent dust ingress. OnePlus, meanwhile, hasn’t bothered to get the 7T tested for an IP rating, so if you’re worried about water damage the Pixel 4 XL is the phone to get.

While the extras are nice, you’re obviously interested in the Pixel 4 XL for the camera on offer. Google has led the pack for the last two generations in terms of photo quality, and while the camera hardware hasn’t changed drastically from last year — it’s still a 12.2-megapixel module — Google has tweaked its HDR algorithms to deliver better photos. Oh, and there’s now a secondary 16-megapixel camera at the back that has 2x optical zoom and 5x digital zoom. That makes the Pixel 4 XL more versatile, but it’s a shame Google didn’t throw in a wide-angle lens at the back.

The OnePlus 7T, meanwhile, has three cameras at the back, with a 48-megapixel Sony IMX586 sensor joined by a 12-megapixel zoom lens and a 16-megapixel wide-angle module. You get more shooting options on the 7T, and while the final image quality is great for a $600 phone, it doesn’t measure up to the Pixel 4 XL. 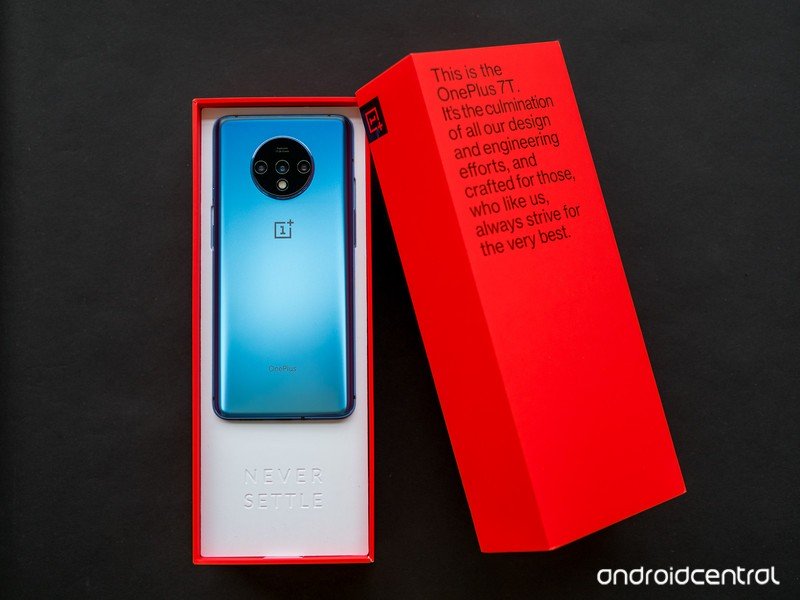 The OnePlus 7T has beefier internal hardware and also has Android 10 out of the box.

I have my doubts on the 64GB variant of the 4 XL, considering there’s no microSD slot. It’s easy to fill up the storage with 4K video and photos, and seeing as how there’s no original quality uploads anymore, you should ideally look at the 128GB option, which costs $100 more.

OnePlus also has the edge when it comes to wired charging. The Warp Charge 30T still charges at 30W, but OnePlus’ optimizations allow the phone to fully charge in just under an hour. The Pixel 4 XL still has 18W wired charging over USB-C PD.

Overall, the OnePlus 7T is a great option if you’re in the market for value. For $600, you’re getting a 90Hz display, top-notch internals, clean software with Android 10, and decent cameras. However, if you want the best that’s currently available, you’ll have to shell out an additional $300 and get the Pixel 4 XL. In return, you’re getting standout front and rear cameras, a 90Hz QHD+ display, IP68 dust and water resistance, and wireless charging. Whether that’s worth the extra is down to you, however, as both phones have a lot to offer.

With the Pixel 4 XL, you know you’re getting one of the best cameras available today, but you also get a gorgeous QHD+ OLED screen with 90Hz refresh rate, robust internals, a unique radar system with IR-based face unlock, and great new software features.

All about that value

Most of the same features for less.

The OnePlus 7T does a great job at the basics, and you get a 90Hz FHD+ display, Snapdragon 855+ chipset, 8GB of RAm as standard, and 128GB of UFS 3.0 storage. You also get Android 10 out of the box, and OxygenOS 10 is the best third-party skin right now.