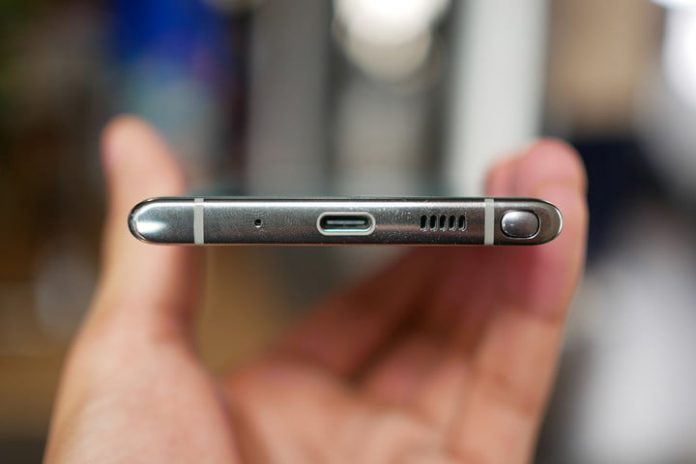 Samsung’s Galaxy Note 10 Plus and Google’s Pixel 3 XL represent two of the biggest, baddest phones on the Android platform, but the Note is close to double the current price of the Pixel. So, what do you actually get for the extra $500, and is it worth it? We put them head-to-head to find out.

Glancing at the spec sheet, you’re sure to see some wide disparities in certain areas. Things start out tamely as far as the processor goes — Qualcomm’s Snapdragon 855 in the Note 10 Plus versus last year’s flagship processor, the Snapdragon 845, in the Pixel. OK, next? 12GB RAM on the Note 10 Plus compared to 4GB on the Pixel 3 XL. Yes, that one is a little tougher to swallow.

It’s pretty clear that the Note 10 plus will handle bigger tasks and more of them, expressing little effort in doing so. While the Pixel 3 XL is a smooth operator, the Note 10 Plus should feel superior in performance in every way.

When it comes to keeping your phone juiced up and ready to go, the Note 10 Plus nabs another win with its near-1000mAh jump in battery capacity, from 3,430mAh on the Pixel to 4,300mAh on the Note 10 Plus. It will take you through a full day, whereas the Pixel 3 XL will struggle. Pushing things further in Samsung’s favor is super-fast charging thanks to the included 25W adapter in the box. The Note 10 Plus took an hour and two minutes to charge from zero to 100% in our charging speed test, whereas the Pixel 3 XL took 1 hour and 48 minutes. The Note 10 Plus even supports faster wireless charging, and can charge other devices wirelessly through the Wireless Powershare feature.

And if you want even faster charging, you can spend $50 more for the 45W adapter to juice the Note 10 Plus up which Samsung said can charge from 0 to 70% in just 30 minutes.

When it comes to design, we don’t need to tell you anything you can’t already see. The Note’s colors are dazzling, and the device is sleeker, more futuristic, and has a screen-to-body ratio that screams top-notch.

On the other hand, the top notch on the Pixel 3 XL bellows “prototype!” Not only is there less bezel on the Note 10 Plus, but a half-inch more screen in only a very slightly taller package. The Pixel 3 XL’s frosted finish glass back is much less prone to fingerprints, though.

Both are made from aluminum and glass (Gorilla Glass 6 on the Note and Gorilla Glass 5 on the Pixel) and are therefore likely to shatter from a bad drop, but the Note 10 Plus’s slimmer bezels and more exposed curved glass certainly make it less likely to survive a drop than the Pixel 3 XL.

The Note 10 Plus may be more delicate and fingerprint prone but damn is it good-looking.

Comparing the displays in-hand you’ll notice the Note 10 Plus can get much brighter than the Pixel with its Dynamic AMOLED display versus the Pixel’s P-OLED display. Colors on both are highly accurate and details are sharp — these are top-tier displays — but the Note 10 Plus has HDR10+ certification, again pulling ahead of the Pixel.

And oh my word that notch on the Pixel. The Note’s punch-hole camera is tiny and forgettable but I’m still trying to forget the Pixel’s in-ground pool of a notch, and I’m not even looking at it.

The cameras are another area where you’ll find some distinct differences. The Note 10 Plus packs three cameras, plus the Time-of-Flight (ToF) sensor in the back. We’re looking at 12 megapixels on the main and telephoto cameras with a 16-megapixel wide-angle snapper for nice wide shots. The ToF sensor adds depth information for portrait effects in pictures and videos which Samsung calls Live Focus, and also facilitates the 3D Scanning feature on the Note 10 Plus. Aside from this, Samsung offers a night mode for enhanced low-light performance which is now available on the 10-megapixel selfie camera, as well.

The Pixel takes a very different approach, relying on much more software and fewer cameras. The 12-megapixel main camera is the only rear-facing snapper, giving the Note 10 Plus a two-camera (telephoto and wide-angle) advantage — at least on paper. In practice, Google’s Super Res Zoom software trick produces zoomed-in shots that are very comparable to those achieved with the telephoto lens on the Note, effectively negating this advantage. All the software in the world can’t make up for the Pixel 3 XL’s missing wide-angle camera, though.

The ToF sensor isn’t missed much on the Pixel either, thanks to the exquisite software algorithms which adeptly separate foregrounds and backgrounds and apply very pleasing blur to portrait shots. This isn’t an option for video as it is on the Samsung, but given the Note’s imperfect results here, it’s not something you’re likely to miss on the Pixel. There is a dual-camera setup for the 8-megapixel selfie-cams on the Pixel 3 XL, which includes a wide-angle camera for group selfies.

Both of these phones are going to shoot very well in daytime or ideal conditions, but the Pixel 3 XL will give you more poppy colors with deeper blacks and more defined gradients. Furthermore, the Pixel’s Night Sight magic is leagues ahead of Samsung’s Night Mode.

The Note 10 Plus may afford you more versatility, but the Pixel 3 XL will undoubtedly take stronger photos more consistently, especially at night.

Samsung and Google have very different takes on the Android 9 Pie platform. The Note 10 Plus uses Samsung One UI to deliver its user experience and though it may offer a bit more customization, it’s not as reliably updated as Android on the Pixel.

You can expect Android 10 from Samsung sometime around January — about half a year after the Pixel 3 XL got it — and around two years of software updates. On the other hand, the Pixel 3 XL already has Android 10, and a minimum of three years of major OS updates. Topping things off for the Pixel is the regular addition of new features introduced on future Pixel versions.

If you’re looking for a consistent and reliably updated experience for a longer period of time, the Pixel is arguably the best Android has to offer.

The Note 10 Plus offers a handful of unique experiences but which of these, if any, speak to you is a bit more subjective.

Firstly, there’s the S Pen. Now able to act as a remote to control media and gesture through certain camera functions, the pen is more than a writing utensil. Of course, you can still write with it too, and the newest Microsoft integration enables the Note 10 Plus to transcribe handwritten notes into Microsoft Word documents. Transcription is decent, but formatting is odd, as it simply plops a text box with your notes in the middle of a Word document, forcing you to format it yourself after the fact — a task that’s not very fun to do on a phone.

More Microsoft collaboration can be found in the Note 10 Plus’ native ability to sync notifications, messages, and soon, phone calls with a Windows device. There’s also a forthcoming feature called Galaxy Play Link, which further bolsters this connection, allowing users to stream their PC games to the Note 10 Plus and play them there. The former does already exist for Android devices in some capacity through Microsoft’s Your Phone app, but the latter isn’t yet an option on any device. In fact, streaming PC games to your phone will require strong, reliable connections, and will likely be best suited for the Galaxy Note 10 Plus 5G variant — another step-up option the Note 10 offers which the Pixel 3 XL does not.

Lastly, the Note 10 offers support for Samsung’s desktop-interface-from-a-phone feature, DeX, now adding the ability to launch this platform on a Mac or PC with only a USB-C cable.

The Pixel 3 XL has some enviable features, as well. Call Screening is something some of us wish we had even before the proliferation of robocalls and is an easy and effective tool for weeding out unwanted calls. Duplex, Google’s assistant-driven option for making reservations, is a very impressive and useful application of A.I. but is no longer exclusive to Pixel devices and can, in fact, be used on the Note 10 Plus.

With the majority of unique features found on the Note 10 Plus, it coasts to an easy win here. Whether you’ll actually use those is another, more personal discussion.

OK. Maybe this one’s a little unfair, but cost is a serious consideration when buying a phone. The Note 10 Plus starts at $1,100 for a 256GB version with expandable storage, while the Pixel 3 XL costs $900, but can be commonly found for under $600, with 64GB storage and no expandable memory or $50 to $100 more for the 128GB version. You’ll certainly be paying a premium for the newer, sexier, more powerful Note 10 Plus. Both will run on any of the major networks.

If you’re looking for a cutting-edge device, it’s hard not to quickly say, “go for the Note 10 Plus” but it’s also hard to say, “go spend $1,100 for a phone.” The Pixel 3 XL has its share of cutting-edge features and a very competitive single-lens camera for less than half the price.

Lose a couple of cameras and some — er, a lot of sex appeal  — and you’ll have a very good device right now in the Pixel 3 XL. But even with its better update promise, the Pixel’s hardware is aging, whereas the Note 10 plus will be a sexy, powerful beast for a few years to come. Still, it won’t be long until the Pixel 4 is here, and it will be better equipped to go toe-to-toe with the Note 10 Plus. 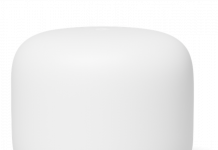 Nest Wifi vs. Ubiquiti AmpliFi Alien: Which mesh router should you buy? 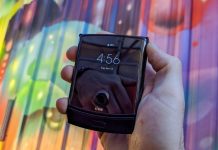 Nest Wifi vs. Ubiquiti AmpliFi Alien: Which mesh router should you...