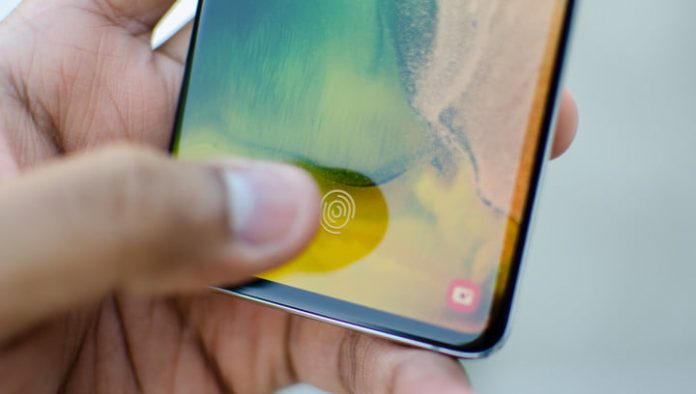 Samsung’s flagship Galaxy S10 and Note 10 phones hit the headlines last week after the discovery of a serious security flaw with its fingerprint scanner.

The company has now developed a fix and is starting to roll it out to users globally, Reuters reported on Wednesday.

The troubling issue came to light after a U.K. news report showed how nothing more than a simple screen protector could defeat the in-display ultrasonic fingerprint scanner on Samsung’s high-end S10 and Note 10 devices.

It seems that the textured surface on the inside of some silicon screen protectors fooled the phones’ biometric authentication system, allowing any fingerprint to unlock the device instead of only the owner’s.

Samsung plans to send notifications to S10 and Note 10 owners to inform them of the available software update. The message will also instruct owners to delete any fingerprints stored on the device and to register new ones without any protector on the display.

In a message on its Korean app seen by Reuters, the Korean tech giant insisted it takes “the security of products very seriously and will make sure to strengthen security through continuing improvement and updates to enhance biometric authentication functions.”

If you have one of the affected handsets and are yet to receive a notification from Samsung about the fix, you’re advised to switch off the fingerprint scanner for now and use an alternative method for unlocking the device.

This can be done by heading to Settings, tapping Lock Screen and then Screen Lock Type. Next, enter your PIN, password, or pattern to confirm, and then tap the button beside Fingerprints to disable the fingerprint scanner. Finally, choose a different unlock method from the list.

News of the fix came as a number of U.K., Korean, and Chinese banks took action to reduce the risk to security. The U.K.’s Nationwide Building Society, for example, disabled the fingerprint login option in its app, while NatWest Bank removed compatibility of its mobile banking app with the S10 and Note 10. Once the banks are satisfied with the safety of the fix, they are expected to reverse these actions.

Samsung made much of its high-tech fingerprint scanner when the S10 and Note 10 launched in March and October 2019, respectively, but it suffered various issues from the start.