Rocky exoplanets are more like Earth inside than we thought 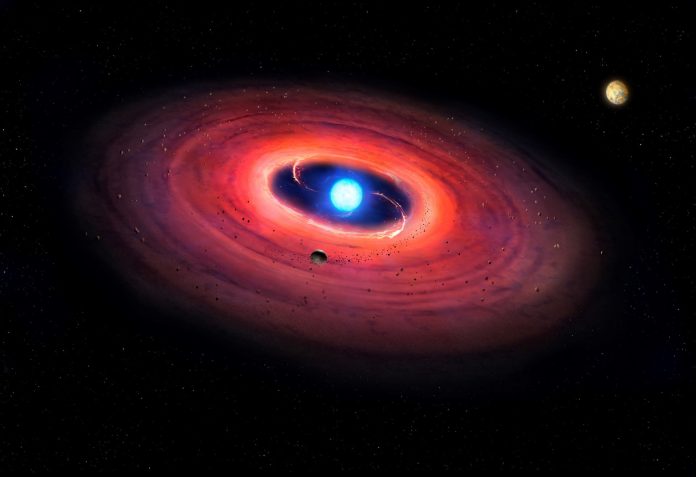 When looking for exoplanets that are similar to Earth, astronomers typically look for worlds in orbit around a type of star called a red dwarf on an M-dwarf. These types of star are somewhat similar to our sun and are common in our galaxy, making up about 70% of stars here. However, new research shows that rocky exoplanets in orbit around a different type of star, a white dwarf, can have interiors that are surprisingly similar to our planet.

White dwarfs are shrunken remains of once-bright stars that have extremely strong gravity. Typically, this gravity means the surface of the stars is composed of light elements like hydrogen and helium, but in some cases, you find “polluted” white dwarfs that have heavier elements like magnesium, iron, and oxygen in their atmospheres. These elements are introduced to the white dwarf when a rocky exoplanet crashes into the star, which gives astronomers evidence of what the exoplanets were like before they were destroyed.

“By observing white dwarfs and the elements present in their atmosphere, we are observing the elements that are in the body that orbited the white dwarf,” Alexandra Doyle, a graduate student in the Department of Earth, Planetary, and Space Sciences at the University of California, Los Angeles, explained in a statement. “The white dwarf’s large gravitational pull shreds the asteroid or planet fragment that is orbiting it, and the material falls onto the white dwarf.”

Doyle and her colleagues looked at white dwarfs to see what kind of elements had been present in the planets that used to orbit them. “If I were to just look at a white dwarf star, I would expect to see hydrogen and helium,” Doyle said. “But in these data, I also see other materials, such as silicon, magnesium, carbon, and oxygen — material that accreted onto the white dwarfs from bodies that were orbiting them.”

The surprising finding here was how alike the exoplanets were to Earth beneath their rocky exteriors. “How similar are the rocks the researchers analyzed to rocks from the Earth and Mars? Very similar,” Doyle said. “They are Earth-like and Mars-like in terms of their oxidized iron. We’re finding that rocks are rocks everywhere, with very similar geophysics and geochemistry.”

The research is published in the journal Science.

Facebook
Twitter
Pinterest
WhatsApp
Previous articleEurope’s Solar Orbiter has completed testing and is ready to explore the sun
Next articleFeeding off-world colonies: Leeks and tomatoes can be grown in Martian soil