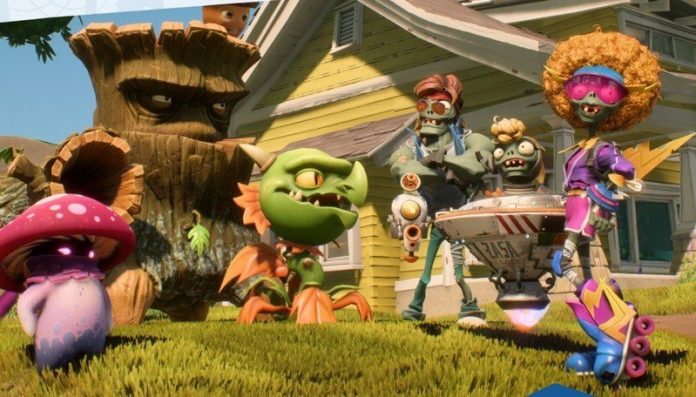 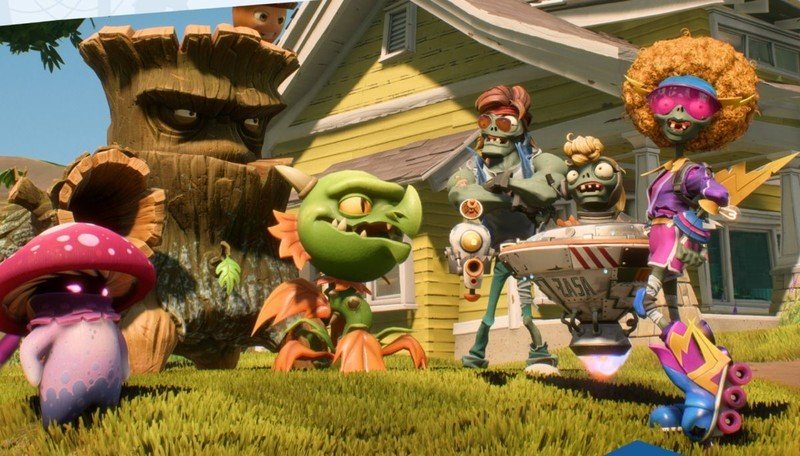 A sequel that doesn’t change up the formula in any meaningful way.

Plants vs. Zombies: Battle for Neighborville ditches the “Garden Warfare” subtitle, but very much serves as a sequel within the same vein (root?) — we’ll see how many plant-based puns I can throw in before it gets old, though I’m sure it already has because I’m the thousandth person to do so. That staleness is partially representative of the game itself. It tries to be fresh but doesn’t really bring anything new to the table. That’s not necessarily bad since the foundation it’s built on is solid, just disappointing.

Plants vs. Zombies: Battle for Neighborville 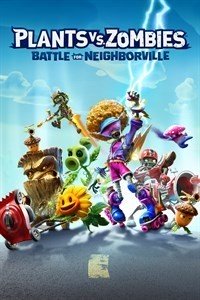 Bottom line: Plants vs. Zombies: Battle for Neighborville offers fleeting enjoyment, but the foundation that it’s built on is solid and can be improved with the proper support.

Plants vs. Zombies: Battle for Neighborville What I like 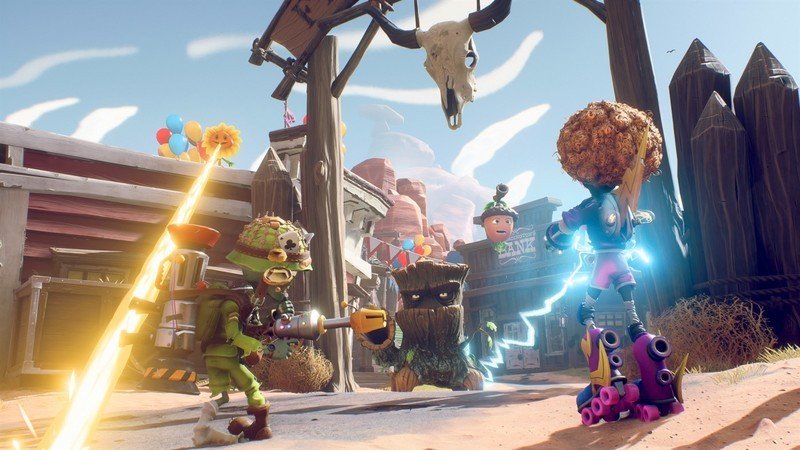 The Plants vs. Zombies aesthetic is alive and well, one of the series’ highlights for sure. The style has its own character that flows throughout each hub area. These are fun in their own right to explore and collect goodies until you’ve seen it all, and there isn’t much else to do. They’re also just a nice change of pace where you can do menial quests or get in some casual PvE and PvP action in Giddy Park.

Each playable character is unique and stands out in its own way, whether you’re playing a member of the undead or a budding cornstalk. Through three character classes — attack, defense, and support — the variety is further explored in their playstyles and abilities. If PopCap does one thing well, it’s making sure that no two characters play the same.

I was also pleasantly surprised that whenever I went into its settings through the menu, a voice-over narration would play telling me precisely what I was doing. This is an essential accessibility feature that will be tremendously beneficial to some players.

Plants vs. Zombies: Battle for Neighborville What I don’t like 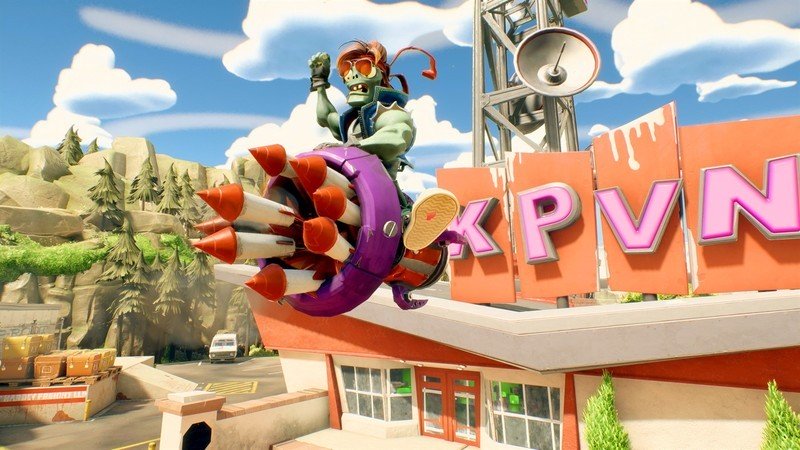 The handful of multiplayer modes it has offer fleeting enjoyment. Between Battle Arena, Turf Takeover, Team Vanquish, and Garden & Graveyard Ops, there’s enough there that it has variety, but the gameplay in each feels shallow. I really couldn’t tell you one is better than the other or that I have a favorite because they’re so similar. You’re either killing the enemy team or defending the payload… which means killing the enemy team.

Sequels don’t necessarily need to mix up the formula and innovate in new and exciting ways. Sometimes the best part about a sequel is that it’s more of the same, as was the case with Borderlands 3. But Plants vs. Zombies feels like it needed something to shake up the series, and Battle for Neighborville just doesn’t do it enough. If you’ve played Garden Warfare 2 already, I don’t see any meaningful reason to pick this one up.

Battle for Neighborville would have been better suited as a battle royale.

I’ll be one of the first to admit I don’t like battle royale as a genre. None of the popular games have ever interested me, though Apex Legends came close. Regardless, they aren’t my type of game, and yet I feel as if Plants vs. Zombies: Battle for Neighborville would have been better suited as one — or at least had a battle royale mode of its own thrown in.

Unfortunately, the game’s live content producer, Shaun Laker, said that the franchise could not go in that direction due to underlying restrictions with how the brand’s core gameplay works. It boils down to this: plants don’t fight plants, and zombies don’t fight zombies. I understand the reasoning behind this, but I also feel that it’s unnecessarily holding the franchise back because of some arbitrary rule.

I initially wrote a whole paragraph about how happy I was that it didn’t include any microtransactions because the series is geared toward a younger crowd, and predatory practices like that shouldn’t be tolerated. However, as it turns out, the microtransactions will just be coming “at a later date,” according to EA. A premium currency called Rainbow Stars will be available to purchase, which can be used to snag in-games items. Rainbow Stars can also be earned through in-game progression, and while I can’t see how egregious they will be yet because they aren’t live, their inclusion leaves a sour taste in my mouth.

Should you buy Plants vs. Zombies: Battle for Neighborville? Not if you already own Garden Warfare 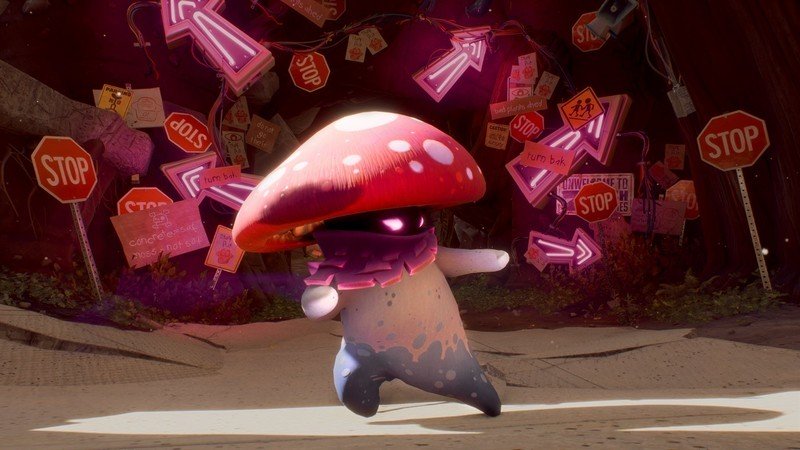 Plants vs. Zombies: Battle for Neighborville is a fine game on its own, just nothing special. It offers enough content up front to keep you busy for a bit, but the enjoyment is fleeting once you realize how shallow the gameplay is.

If you’ve played Garden Warfare 2 already, I don’t see a reason that you’d need to pick this up. Diehard franchise fans will find some fun here, but for most people, it won’t be worth the money, even at its $40 price point.

Plants vs. Zombies: Battle for Neighborville

Garden Warfare 3 in all but name

Plants vs. Zombies: Battle for Neighborville offers fleeting enjoyment, but the foundation that it’s built on is solid and can be improved with the proper support.