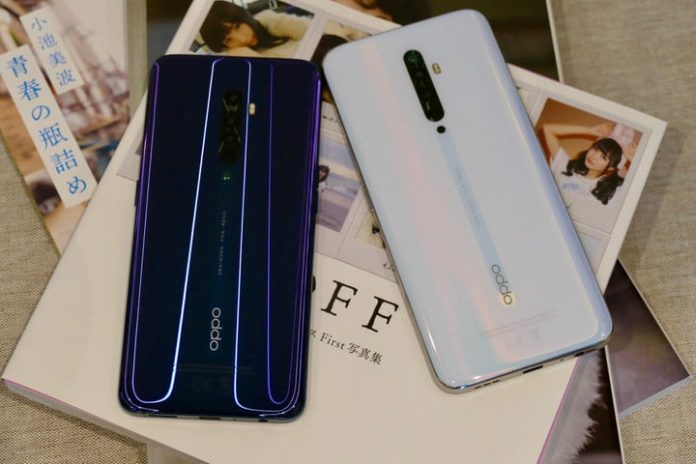 Oppo has announced two new smartphones for the U.K., the Oppo Reno 2 and the Reno 2Z, both mid-range devices with strong specifications, slick designs, and certainly in the case of the Reno 2, great cameras too.

Here’s what you need to know about them both

Taking its design inspiration from the Oppo Reno 10x Zoom — a phone that continues on in the range at the moment — the Reno 2 has a notch-less 6.5-inch AMOLED screen with a 20:9 aspect ratio on the front, and a flush-fit four-lens camera on the back. This gives the phone a very modern and ultra-sleek look, although it’s a little thicker than some other devices at 9.5mm.

The lack of a notch is enabled by Oppo’s trademark shark-fin pivoting mechanized selfie camera, as also seen on the Reno 10x Zoom. Here it has 16 megapixels and an f/2.0 aperture. It’s the rear camera where things get really interesting. The main lens has 48 megapixels, an f/1.7 aperture, and optical image stabilization. It sits above an 8-megapixel ultra-wide-angle lens, a 13-megapixel telephoto lens, and a 2-megapixel monochrome sensor for portrait use.

It will take 5x hybrid zoom shots, wide-angle photos, super close-up macro pictures, and has an effective Night mode as well. There’s also smooth video stabilization, and a bokeh look to videos shot with both the front and rear cameras. The Reno 2 has a Snapdragon 730G processor inside with 8GB of RAM, up to 256GB storage space, and a massive 4,000mAh battery that can be recharged to 50% in 30 minutes. Other features include an in-display fingerprint sensor, a MicroSD card slot, and Bluetooth 5.0.

The Reno 2Z closely resembles the Reno 2, with a notch-less 6.5-inch AMOLED screen on the front, just with a more traditionally shaped, 16-megapixel selfie camera that pops out the top of the phone. We love the lights set either side of the lens though, which glow when the camera raises and lowers out of the body.

Instead of a Snapdragon chip, the Reno 2Z has a MediaTek Helio P90 processor inside, again with 8GB of RAM and 256GB of storage. The 4,000mAh battery has Oppo’s VOOC 3.0 charging, and this takes it to 50% full in only 30 minutes. The phone also has an in-display fingerprint sensor, Bluetooth 5.0, USB Type-C charging, and a MicroSD card slot.

The Reno 2Z’s camera is slightly different from the Reno 2’s. The 48-megapixel, f/1.7 aperture camera is the same, and it’s set above an 8-megapixel ultra-wide camera, a 2-megapixel depth sensor, and a 2-megapixel monochrome lens. It still has a Night mode, and the same video stabilization and bokeh modes, plus a macro mode for the stills camera too.

The Oppo Reno 2 and Reno 2Z have already been announced internationally, and will be available in the U.K. from October 18. The Reno 2 costs 450 British pounds, or $575, while the Reno 2Z is 330 British pounds, or about $420. Oppo does not sell its smartphones in the U.S. at this time, although you’d be able to import one if you’re really keen.