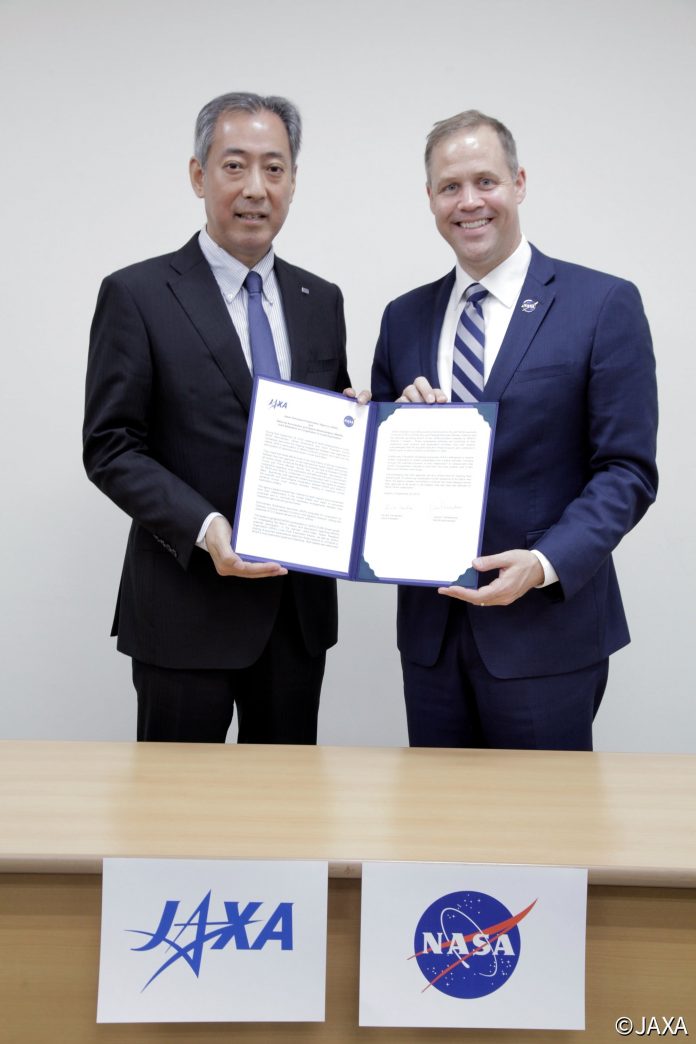 The Japanese space agency, JAXA, has confirmed that it will be working with NASA as part of the upcoming Artemis mission which aims to send humans back to the moon by 2024, the Japan Times reports. NASA Administrator James Bridenstine and JAXA President Hiroshi Yamakawa met recently in Tokyo to affirm their commitment to a joint lunar exploration project.

A joint statement noted that “these efforts build on the long history of strong cooperation between their two agencies on the International Space Station and across all mission areas… both agencies’ leaders expressed their desire to expand the scientific and technological cooperation between NASA and JAXA to advance human lunar surface activities, leading to eventual human exploration of Mars.”

In particular, NASA will be looking to JAXA for support in the Lunar Gateway project, which will be a small spaceship put in lunar orbit to make it easier to ferry astronauts and supplies between earth and the moon, and eventually the moon and Mars. But Japanese officials are unsure whether to join this project due to cost concerns, the Times reports. JAXA will potentially be co-operating with NASA to provide habitation functions and logistics support, using a Japanese spacecraft and launch vehicle.

In addition, NASA will also be supporting JAXA’s Smart Lander for Investigating the Moon (SLIM) mission, an upcoming lunar lander that has precision landing capabilities and is capable to recognize the lunar craters which make landing on the moon so difficult. SLIM uses technology developed originally for facial recognition to identify craters and will have information from a lunar orbiter to precisely determine its exact location.

There was a discussion of potential future projects between the two agencies as well, including “collaboration on pressurized crew rovers, transportation vehicles to and from the lunar surface, and In-Situ Resource Utilization technology.”

NASA and JAXA have worked together in the past, such as a project using a Japanese rocket to launch the Global Precipitation Measurement (GPM) Core Observatory satellite which both agencies used to measure rainfall around the world. The project creates maps of worldwide precipitation which researchers can use in predicted hurricanes and other weather events, as well as studying the global climate.

Apple customers may be impacted by new subscription rules

Apple customers may be impacted by new subscription rules