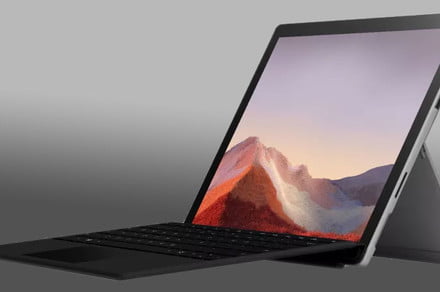 Microsoft announced the addition of Adobe Fresco to the Surface Pro X at the Microsoft Surface event.

The sketching and painting app will combine the power of the new Surface Pro X and the new Surface Slim Pen. Adobe Fresco re-creates the feeling of painting and drawing with natural materials and reproduces the actual behavior of oil and paints like blending and smearing.

Creativity has never been more important,” said Scott Belsky, Chief Product Officer at Adobe Creative Cloud, while presenting Adobe Fresco at the event. “Creativity must not be constrained to the desktop — people need to create when and where inspiration strikes.”

A demonstration during the event showed the tool’s capabilities that are just like using canvas and paint. Adobe Fresco mixes the tools and familiar interfaces of apps like Adobe Photoshop and Illustrator with brushes and tools that behave like the real thing. From mixing colors together with the brush to integrating texture, Fresco uses dynamic brushes crafted to look like traditional tools, assisted by compatibility with Photoshop brushes.

Other parts of Adobe’s Creative Cloud, like Photoshop, will be added to the Surface Pro devices as well.

The tool works with the new pen that is built into the Microsoft Surface Pro X in a “pencil pouch.” The pen, which has 496,000 points of pressure, now has its own storage space built right into the type cover for easy access and constant charging. Many people had issues with losing the Surface Pen, so the new built-in is meant to keep the pen handy at all times.

The Surface Pen’s pressure responsiveness means you can use Adobe’s tools to create artwork that mimics that produced with real-life tools. In fact, just like a real pencil, you can turn the Surface Pen upside-down and use its top end as an eraser. Other useful tools include being able to lay the Surface Pen on its side and applying light pressure to add more faint shading to an artwork.

Adobe Fresco is powerful enough for creative professionals and will be added to the Surface Pro X “very soon.” The app was recently released on the iPad as well.

Apple M1 Chip: Everything You Need to Know

Black Friday is halfway done, but there are still a few deals to shop for on iPhones at carriers like
Read more